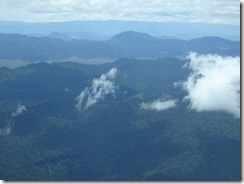 Sepik River Region Papua New Guinea’s (PNG’s) Sepik river basin has been popular with Europeans since the mid-19th century when hunters discovered a large population of Birds of Paradise, whose feathers were all the rage for aristocratic European women’s hats. German explorers began exploring the river by steamboat in 1886, which brought traders, plantation labor […]