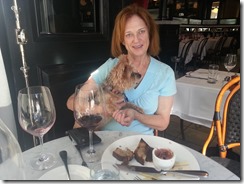 I  (Joyce) first retired in 2006 when Tom and I sold our company. That lasted a mere 4 months until I became a COO-for-hire and—to my amazement—found numerous firms that wanted to pay me to do this job. Although I worked for multiple companies between then and now, I ended up spending the majority of […]