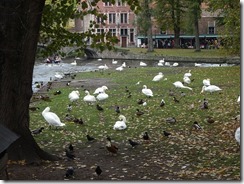 The Rise of Bruges Belgium Bruges Belgium began as a small fishing village in the 2nd century AD. As citizens began raising sheep. the village evolved into a trading port around wool exports, and increasingly around the cloth that it wove. While it initially traded with a growing number of communities, it was vulnerable to […]