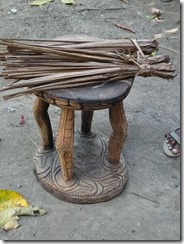 Mindimbit Tribe While exploring the Sepik River in Papua New Guinea, we visited the large, roughly 300-person, so-called Mindimbit Part One Village. The village was created by and is still home to the tribe’s original clan, who are descended from the founding families. The smaller, neighboring Part Two Village was created by subsequent clans and […]