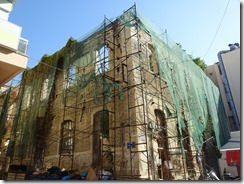 Heraklion Greece Heraklion, or Irakleio, is Greece’s Crete Island’s largest city and capital. It is also the gateway to one of the Mediterranean’s most impressive historical sites: the ancient Minoan palace of Knossos. Initially settle in the Neolithic era, the city grew primarily as the port for Knossos, its much larger, much wealthier neighbor. It […]