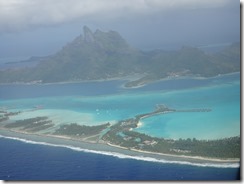 The island of Palau is the coral capital of Micronesia. The island’s lagoon and its ledges are known particularly for the drift diving and the pelagic fish of its famed Blue Hole and its Blue Corner wall dive. This being said, many of the island’s scenic coral gardens and colorful, tropical reef fish are also […] 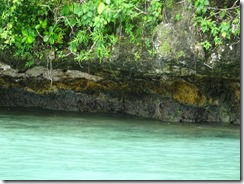 We primarily came to Palau Micronesia to snorkel and to experience some beautiful water scenery. We took two all-day kayaking and snorkeling tours by Sam’s Tours. These took us through, around and under two of ecologically richest stretches of the 200+-island Rock Island chain of uninhabited islets. These tours focused on different bays within the […] 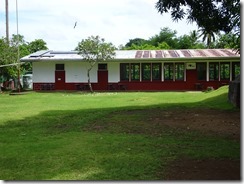 Chuuk Island WW II Sites on Land Our last blog talked about Chuuk Island’s underwater WW II sites. But a lot of relics still remain on the land. The above-ground sites, many of which were destroyed of damaged by U.S. bombs during the two days (February 17 and 18) of “Operation Hailstone”. Weno Island sites […] 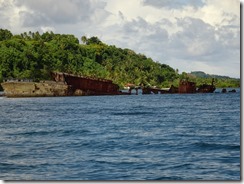 Chuuk Island, also known as Truk Island is a relative spec of a Micronesian island that played a big role in World War II. Captured by the Japanese shortly after the surprise attack on Pearl Harbor, it served as a major Japanese Naval base through most of the war. Then, in 1944, it became the […]