Finding reasonably-priced places to eat in Norway is a challenge as Norway is a very expensive country. But we did find some places in Oslo Norway that had food that was almost in line with the pricing Fjord, a small seafood restaurant with a limited food menu (mainly they want you to order a … 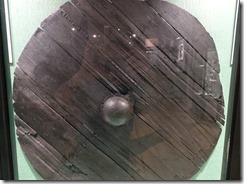 Oslo Norway’s National Historical Museum provides high-level overviews of the histories and cultures of different scions of the world, including sections devoted to Egypt, the Americas, the Arctic and to East and West Asia. It also has a couple of special exhibits: one on how Norway transported its gold and other wealth out of Norway […] 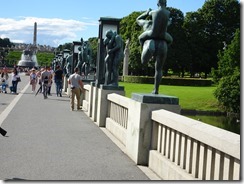 Vigeland Sculpture Park, is an amazing section of the large Frogner Park in Oslo Norway that is dedicated to the sculptures of Gustav Vigeland. The sculpture park is divided onto three primary sections that contain a total of about 100 of the artist’s works, each of which that consist of full-size human figures in different […] 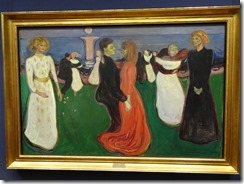 Munch Museum in Oslo Norway exhibits the work of the Norwegian artistic master, Edvard Munch, who helped create and greatly influenced the Abstract Expressionist movement and through his continual experimentation, the nature of the print media. Although the museum is in the process of building a new, much larger (approximately four times the current gallery […] 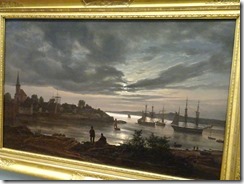 Although we explored a number of Oslo Norway’s many museums, we barely scratched the surface of its artistic and historical treasures. The following are what we leared from those museums that we did visit, beginning with art museums (and in the case of Gustav Vigeland, a sculpture park). This is followed by a discussion of […] 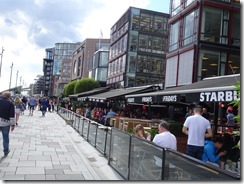 Oslo, like most cities, is a city of neighborhoods. The central area, which contains a number of the city’s most historic buildings, is a tasteful blend of historical, traditional and modern. Many of the other neighborhoods, however, have their own, very distinct characters. Among those that we found particularly interesting were: Aker Brygge, an old […]