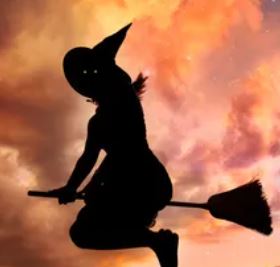 One can love Salem Massachusetts for many reasons: The simple beauty of its historic, 17th-century, clapboard, pitched-roof houses, its 18th– and 19th-century brick ship captain and merchant mansions; and its initiative of turning the disadvantages of poor agricultural land and rugged, deep, rocky shoreline into a seafaring powerhouse that was the fifth largest, and of the wealthiest cities in the country at the beginning of the 19th century. Or you can hate it for its witch trials and its perpetuation of and prospering of the slave trade.

From the many years of living in Boston, as well as several return visits to the area, here are our suggestions of what to see.

A good first place to stop to learn about Salem’s history–warts and all–at the Salem Maritime National Historic Visitors Center. The Visitor Center provides guides to dozens of the city’s most important historic buildings and an introduction, through exhibits, presentations, and materials, to its multi-faceted history.

Salem began life as an agricultural community. But, after discovering the land’s limited suitability for growing crops, it soon recognized that its real future would come not from the land, but from the sea. The city’s seafaring history began in fishing, where its location provided access to the wealth of cod from George’s Bank. This led to the building of its own ships (especially schooners) for shipping fish and the emergence of merchants who traded dried and salted fish (including that to feed domestic and Caribbean slaves) for salt, sugar, molasses, rice, cotton and indigo. While they ventured all along the east coast and down into the Caribbean, the British prohibited American ships from international trade.

This, along with other irritations, prompted Salem to encourage and actively participate in the Revolution. It became the primary base for privateers, capturing more than 500 British ships (plus another 300 during the War of 1812), and became the only major American that was not controlled by the British during the Revolution.

After helping to gain U.S. independence, Salem was freed from its shipping shackles and quickly became one of the nation’s largest and wealthiest ports. It opened American trade with Russia and China and, during decades of European wars, became a global trading powerhouse by using its neutral port status to ship goods between these countries and their African, Asian and Polynesian colonies. Its shipping prosperity continued through the early American Industrial Revolution by shipping raw materials including lead, cotton, and leather. Throughout this period, Salem had been one of the leading contributors of custom duties (the single largest source of early American government revenues) to the U.S. Treasury.

The city, however, enjoyed too much of a good thing. Its maritime success led to the building of more and more wharves—up to 50 during the late 19th century. These wharves ended up disrupting the sea’s natural currents and silting up the harbor. This brought the city’s trading days, not to speak of its prosperity to an end.

The museum also provides “highlights” of the witch scares of the 17th century and how, during its peak year in 1692, it resulted in the torture and execution of 20 women.

It also discusses some of the city’s scientific and literary achievements. These included Nathaniel Bowditch’s Guild to American Navigation (a text that is still carried on all U.S. Navy ships) and how Nathaniel Hawthorne’s politically-motivated dismissal from his lucrative U.S. Custom Service job, led him to lambast the city in The Scarlet Letter, one of the country’s first novels. He then went on to pen more Salem-based novels, including The House of the Seven Gables. This house is now one of Salem’s six National Historic Landmarks.

After learning Salem’s history, explore the city. Start with several National Maritime Site homes before progressing through the city. These include:

The House of Seven Gables is one and the most famous of several 17th-century buildings in a historic complex.  The Turner-Ingersol House was made famous in the Nathanial Hawthorne novel (one of America’s first novels). It was built in 1668 and remains the oldest wooden mansion in New England. The site also includes Hawthorne’s birth home which was moved from another location.

Daniels House is a 1667 structure noted for both its historical and architectural value. Today it is a bed and breakfast.

Old Town Hall is in the lovely line of grand Captain’s and merchant homes that line Salem Common.

Friendship of Salem is a National Park Service-owned replica of a tall ship that was once engaged in Far East trade.

And What is Salem Without Witches

Salem Witch Museum is a 19th-century building that was built on the site of the home of the city’s senior minister. He played a role in the examinations of several accused witches. While his daughter was accused and confessed of being a witch, she never went to trial. The museum now offers presentations on Salem’s witch trials.

Witch House actually has a connection to the trials. It was the home to a judge (Jonathan Corwin) who played a role in a number of trials.

Other stops included Charter Street Cemetery, established in 1637, and the Salem Witch Trials Memorial which honors the 20 people (men and women) who were convicted of and executed for allegedly being witches in 1692.

The museum has always had a wonderful collection of Chinese and Japanese art from Salem’s history as the leading U.S. port for the country’s 18th-century Asian trade. Exhibits in these galleries briefly explain the role of the U.S., and especially of Salem’s ships in opening trade with each of these countries, and provide examples from its wonderful collection of Chinese china, furniture and art, and Japanese porcelain and lacquerware.

Empresses of the Forbidden City Exhibit

The exhibit begins with an explanation of how Empresses can come from anywhere:

Those whom nature and the Emperor’s favor, regardless of their initial background and rank, have the potential of becoming Empress. Those who are chosen are elevated to the highest level and showered with incredibly woven and embroidered imperial robes–some of which took up to three man-years to complete.

They are also given “Tools of her trade”, such as jade scepters and seals;

These lavish treasures were on display throughout the exhibit. While the Empress can enjoy them throughout her life, none become her own property. The state owns them and reclaims them upon upon her death.

While most Empresses serve primarily as mothers and embodiments of womanly and motherly virtues, some were quite accomplished in their own rights. These accomplishments may range from art, poetry, or calligraphy, to traditional male roles such as horseback riding, archery and even becoming an authority on matters of state.

A few Empresses achieved much more exalted positions and much greater power. Those whose husbands died when their son is still a minor may be named by the new Emperor as Empress Dowager. While these Dowagers generally maintain authority over traditional issues, such as the young Emperor’s education and selection of his consorts, some have played much greater roles, such as in selecting and guiding decisions of her son’s advisors, or even, as in the case of Empress Dowager Cixi, of staging a coup and effectively controlling the reins of power for 50 years.

She instituted many of the Dynasty’s most enlightened and profound social changes and entered into wars, including the Opium Wars which ultimately (shortly after her death) led to the end of China’s imperial rule. China is still struggling to recover from this “Great Shame” which so influences much of the country’s current rhetoric and many of its actions. She also fundamentally altered Chinese perceptions of the intelligence, fortitude, capabilities, and in some cases, the cruelty of women.

While the exhibit’s narratives and artifacts span the reigns of many Cinq Empresses, it particularly focused on Empresses Xiaoke and Xioaxian and Empress Dowagers Chongqing and Cixi.

The museum also staged another small, but very interesting exhibit named “Wild Designs”. Its focus was on the many lessons that scientists and engineers are learning from nature and other species, and how they are incorporating them into new capabilities and products. Among the many examples are those of how close examinations of:

Woodman’s of Essex is a large, famed lobster and fried clam restaurant in Essex Massachusetts (north of Boston), where we have eaten multiple times when in the area. Our last trip there was disappointing but we decided to give it another try on our 2022 visit. We ordered our normal New England meal: a 1.75-pound lobster, fried Ipswich clams (a pint of belly clams with fired and very good onion rings. While quite expensive, both were very good. Certainly good enough to keep Woodman’s on our return visit list.