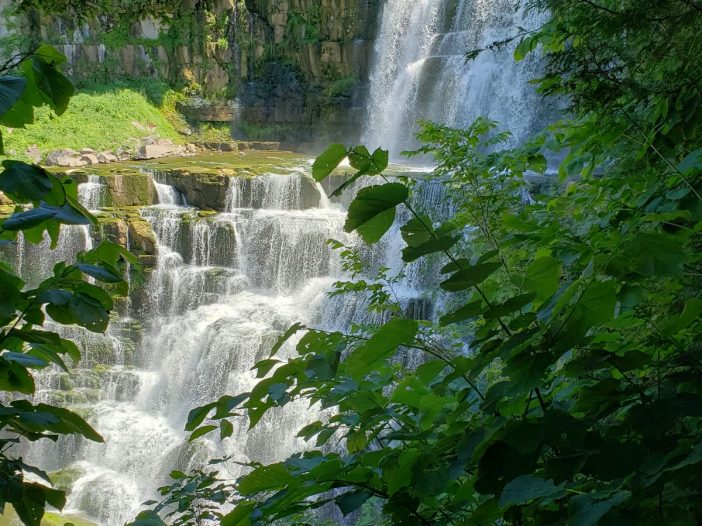 We grew up in Syracuse New York and, for at least part of our educations, attended Syracuse University. Although we moved from the city in our early 20s, we return to visit family and friends at least once a year. Each year, in between get-togethers with family and friends, we try to find interesting things to see and do in and near the city and places to eat.

Where to Eat In Syracuse

Restaurants come and go in any city. The following are some of our favorites that have consistently provided good food over the years. While these are open as of 2022, it is always a good idea to check for current conditions.

Erie Canal Museum tells the story of the Erie Canal and its impact on the area. It also provides fascinating information on how the canal was built.

Everson Museum of Art has over 10,000 works of art including American paintings, sculptures, and one of the largest holdings of international ceramics in the nation. I.M. Pei designed the building.

The Museum of Science and Technology (MOST) is a hands-on science and technology center with permanent and traveling exhibits.

Like many cities, Syracuse is not a walking city like Boston or San Francisco. But still, you can find places to get some exercise. Here are some of our favorites.

Green Lake State Park. Walking around the lakes in the park has always been our favorite of the area’s walks, especially in the fall when the popular beach is closed and the trails aren’t clogged with people. Of course, it is also a place to swim, golf or picnic. The steep glacial hills that surround the lakes have their own treats, including an old-growth forest of 200-400-year-old hemlocks, sugar maples, and tulip trees that tower about 200 feet above the lakes’ surface.

Only about 30 lakes in the country have lakes where the lower depths do not mix with water closer to the surface. Green Lakes has two: Green and Round Lakes.

Created about 14,000 years ago as plunge pools created by melting glaciers, these small, but deep (about 170 feet) lakes have very clear, oxygenated water down to about 60 feet that has a brilliant turquoise color, followed by a layer of the oxygen-poor sulfur-rich layer in which abundant cyanobacteria that give the water a purple color, and a deep layer of detritus near the bottom. Meanwhile, the leaching of minerals from the surrounding soil into the water has created another phenomenon: a number of calcium carbonate reefs that form near the surface.

Onondaga Lake Park is one of a series of pretty parks that line about half of this pretty, once terribly polluted lake. The park is home to the Syracuse Salt Museum and the primary location of the salt mining industry that gave the city the nickname of the Salt City. While the park has playgrounds, ballparks, and a pleasure boat marina, its distances make it better suited for biking than for walking, It does, however, provide pretty views and a number of interpretive and historical signs that explain the early industrial history of the lake, the 50-year rehabilitation process and the progress and plans for a network of parks that will surround most of the lake and connect with roughly 500 mile Erie Canal Corridor (see below) and the super-regional Destiny Mall, with its stores, entertainment options and planned aquarium.

One of the signs also clears up a question that spawns a number of local discussions—why does the railroad bridge that crosses the Parkway road that bisects the park have a clearance of only 10’9”? The reason? When it was built in the 19th century, the parkway was a canal that was originally built to haul wood front the shores of neighboring Oneida Lake (connected to Onondaga Lake by the Seneca River) to the city’s salt works. When built, therefore, it only had to clear only the small cargo boats that plied the canal, rather than the buses and trucks that ply today’s roads. The city and railroad are now at loggerheads over how to pay to raise the bridge and ideally clear the tracks that currently block the ultimate hope of a network of parks that surround the entire lake.

Erie Canal National Heritage Corridor is a 500-mile network of waterways and trails that trace the path of the canal that transformed the 19th-century country, established New York as the country’s preeminent city, and literally created Syracuse and many other upstate New York State cities. The trail’s length makes it better suited for biking than walking. But it is lined with historic sites, markers, and interpretive signs that explain the history of the canal, its impact on the geographic and economic growth of the country, and how it initially bypassed the much larger communities of Fayetteville and Manlius to go through the much smaller town of Syracuse.

As a result, Syracuse not only became one of the canal’s primary hubs, but it dramatically expanded the market for the area’s salt, gypsum, and the limestone needed to create the hydraulic cement (which can harden when submerged in water) and creating the foundations for its growth from a tiny village to a peak population of more than 220,000 by the mid-20th century (500,000 for the surrounding county).

Three Falls Woods is an informal, barely marked preserve. It supposedly takes you to three falls that are fed by a vernal pond. But at our mid-June 2022 visit, it contained only a trickle of water to feed the three falls which were barely discernable on our visit.

Pratt’s Falls in Manlius was formed by retreating glaciers. It developed as a sawmill (later turned flour mill) in 1796 before being turned into a park. While it has a view of the pretty mill pond and a limited view of the falls from above, the view is much better from the bottom of the short but steep, staired Falls Trail where you can see the falls spread across the rocks from the base. A trail to the never-seen Lower Falls provides a pretty return along the valley’s rim. Another trail along the upper rim does, however, pass another small fall. In addition to hiking and picnicking, it is popular for archery.

Chittenango Falls, the highlight (167 feet) of the Central New York falls circuit, was created in 1842. It powered two sawmills, one flour mill, and two factories before it was turned into a park in 1887. While these falls also provide a partial view from above, the best view, again, is to hike to the bottom of a short, but very steep trail to a bridge that crosses the stream. A climb up the other side of the stream takes you to a different perspective of the top of the falls from another viewpoint and an upstream walk along the pretty stream. (You can return to the parking lot via an upstream bridge without having to return to the fall’s base.)

We try to avoid visiting Syracuse during its cold and snowy winters, but in the summertime, there always seems to be a concert or festival in play. While you can usually find something to do on any summer weekend, here are some of our favorites:

And while it isn’t specifically an event, Armory Square in downtown Syracuse is a popular nightlife area with restaurants and bars.

It is nice that summer in and around Syracuse has so much to do. It didn’t seem that way when we were growing up there. But then, as now, It is indeed a beautiful area. Now if they can only do something about those winters.