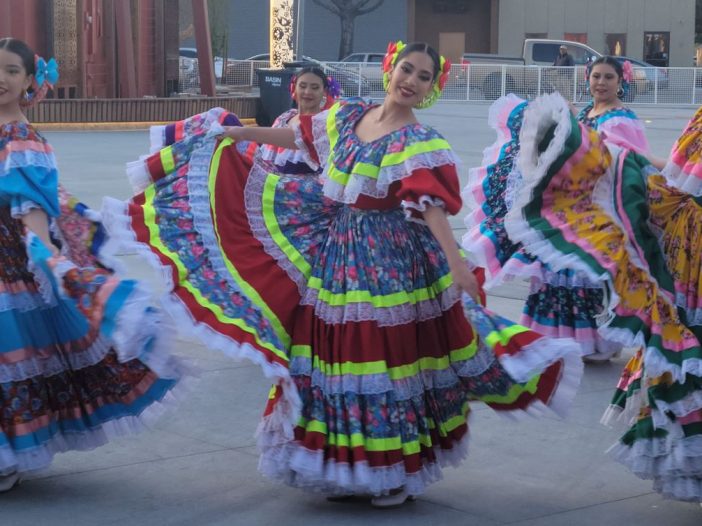 As the name suggests, Tri-Cities Washington consists largely of three mid-sized cities that border each other: Pasco, Kennewick (the largest of the three), and Richland (the smallest). While we wouldn’t normally visit the Tri-Cities, we were there for a conference. And since we were there, we spent some time getting to know the area.

The Origin and Growth Tri-Cities Washington

All of the Tri-Cities were small towns until the mid-20th century. Kennewick was little more than an agricultural community and rail stop. Pasco had barely grown from its birth as a railroad construction camp. Richland was a very small town.

All three changed dramatically in 1943 when the Federal government bought the town of Richland to complement two other remote sites of Oak Ridge Tennessee and Los Alamos New Mexico for the war effort. The government relocated Richland’s 247 residents and rebuilt the town to house more than 50,000 people who would staff a top-secret atomic research hub in the small, out-of-the-way area.

The Tri-Cities and the Manhattan Project

Each of these towns played a critical role in the Manhattan Project that resulted in the development of the atomic bomb. The Tri-Cities so-called Hanford site was also responsible for producing the plutonium that was used in the Nagasaki bomb.

The infusion of Manhattan Project personnel and their families into the area created the foundations for successive generations to live in the current area. Although little is left of the region’s nuclear industry, a vestige of high-tech roots remains in the form of the Laser Interferometer Gravitational Wave Observatory (LIGO) which scans space for evidence of the beginnings of the universe. Most of the remaining technology remnants are in the form of historical sites and museums. These include the Manhattan Project National Historical Park, the Hanford Nuclear Site’s historic B reactor (which produced the plutonium), and the REACH Museum.

Also of interest in the area is the Coyote Canyon Mammoth Site which displays some of the mammoth bones found at the excavation site as well as the bone and microphotography labs that examine and analyze the bones.

While we didn’t have the opportunity to visit the other sites, we were able to stop at the REACH Museum. The exhibits begin with an overview of the creation of the land which came from:

The museum highlights the evolution of the region’s flora and fauna. It includes a tusk from a full-grown wooly mammoth and a skeleton of a two-foot tall baby and provides the history of human habitation.

Another section discusses the Columbia River (the region’s lifeblood), the building and role of dams including the Grand Coulee Dam, and the importance of irrigation.

The museum’s primary focus, however, is on the history of the Manhattan Project. It starts from Einstein’s postulation of the relationship between mass and energy that led the initial experiment to the political impetus behind it and the critical role of key military officers in bringing the project to fruition. Next was an overview of the three elements of the Manhattan Project and the role of the Hanford site in producing the plutonium that would fuel the Fat Man bomb that destroyed Nagasaki and two-thirds of the plutonium used in all the U.S. bombs and warheads created through the Cold War. It focused especially on the huge scale of a site that occupied 570 square miles (half the size of Rhode Island), the overnight construction of a town to accommodate 50,000 people, the massive Cold War expansion from two to nine reactors, and how the project’s radioactive waste was ultimately handled.

Although the Tri-Cities are not actually located within one of Washington’s AVAs, they are close to a dozen wineries. While some of them use a bit of local fruit, most rely on fruit from some of other Washington State AVAs.

J. Bookwalter is a two-generation Tri-Cities winery. As one of the region’s pioneers, it produced its first offering in 1983. Today it produces 30,000 cases sourced from grapes from Bookwalter-managed (but not owned) vineyards in three different areas: Columbia River Valley (from the Connor Lee Vineyard which Jerry Bookwalter created and then sold), Red Mountain, and non-AVA areas just north of Yakima Valley. The winery also happens to be home of Fiction (see below), one of the most interesting restaurants we sampled in the area.

We found some very nice, very moderately-priced bottles. Among our favorites were two very pleasant whites; a moderately oaked, partial ML 2018 Double Plot Chardonnay, and a 2018 2nd Edition (a blend of 52 percent Semillon, 27 percent Muscadelle with 21 percent Sauvignon Blanc). And we found two nice Columbia Valley reds too: a 2018 Antagonist Syrah and a pleasant, very reasonably-priced ($28) 2019 Readers Cabernet Sauvignon which was sourced from three of the valley’s oldest vineyards. We also sampled two of the winery’s premium, “Legacy” Cabernet Sauvignons, finding the 2018 Volume Eight Cabernet Sauvignon from its Columbia Valley Dionysus Vineyard to be quite nice, albeit pricy ($120).

We returned separately for a tour and a food/wine pairing as part of the conference we attended. The winery has a high-tech press that we had never before seen that protects its wines (especially whites) from early oxidation (thereby maintaining crispness) by injecting argon into the sealed crushing chamber. They use concrete eggs (for whites) and concrete vats (especially for red Rhone varietals) to create a creamier finish that maintains freshness and showcases the fruit. They use neutral oak (up to eight years old) rather than new barrels for those wines that they age.

Barnard Griffin Winery is helmed by Rob Griffin who has been making wines in Washington for more than 40 years. It sources its grapes from across the state. Among the wines we enjoyed were the 2019 Semillon (from Red Mountain), the 2017 Reserve Merlot (Yakima Valley), and two of its generally feminine Cabernet Sauvignons, particularly the 2016 Red Heaven from Red Mountain. We also got a chance to taste their premium Mammoth II, a blend of seven varietals from across the state (primarily Malbec, Counoise, Cabernet Sauvignon, and Petite Verdot) that we found to be one of the most compelling of all those we tasted.

Our conference provided a chance to taste some wines from Goose Ridge Winery, whose tasting room is in Richland Washington: Semillon, a Cabernet-based Rose, and two Merlot-based reds. Of these, we favored its English Rose blend of 71% Merlot, 25% Cabernet Sauvignon, 3% Malbec, and 1% Cabernet Franc.

Columbia Gardens Urban Wine & Artisan Village anchors the renovation of Kennewick’s historic port district. Although it is still being developed, the village in the process of becoming a pedestrian zone with wine tasting rooms, craft breweries, food trucks, restaurants, and boutique shops along with being a venue for concerts and a nature trail along the riverfront. We visited the village for an evening party of food and wine.

For the wine, we the village’s first three tasting rooms:

For more about the wines in the region, see our blogs on The Yakima Valley and Walla Walla.

The Village promises to become a fun place to visit.

Although our conference provided many of our meals, we still were able to check out some area restaurants.

Fiction, at J. Bookwalter Winery (Richland). We enjoyed three dishes with a bottle of very nice, very nicely-priced 2019 Readers Cabernet Sauvignon. We began with a delicious order of avocado fries with a red remoulade dipping sauce, followed by an equally good shrimp mornay with bacon and gruyere cream sauce and a pizza with fennel sausage, marinara, provolone, mushrooms, and pepperoncini peppers.

J. Bookwalter Winery We also enjoyed an excellent paired wine/food tasting lunch at the J. Bookwalter Winery as part of our conference. A 2018 Double Plot Chardonnay was served with a warm salted burrata on a baguette. A 2018 2nd edition white accompanied dungeonous crab cakes with honey maple mustard. Less interesting was a 2019 Suspense with a smoked duck on crostini with red wine cherry glaze. And a pleasant 2019 Conflict (Merlot with small amounts of Cabernet Sauvignon and Petite Verdot) came with smoked tri-tip skewers with a creamy peppercorn sauce.

Drumheller’s is located in the Lodge at Columbia Point (Richland). We started with a nice Caesar salad, however, the following two entrees looked good but failed to meet our taste expectations. The Grand Coulee steelhead salmon with sweet pea puree, oyster mushrooms, risotto, and beurre rose sounded wonderful, but the fish was dry and rather tasteless. The rack of lamb was somewhat tough. And it was well coated with brown butter, Dijon, and shallot pan sauce which did little for the meat. The best part of the entrees was the beans which were perfectly cooked and very tasty. Our wine was a very nice 2017 Grenache from The Walls’ Walla Walla River Ranch Vineyard.

We have stayed in many Marriot properties as we are titanium-level members (over 75 nights a year). Almost all offer a comfortable bed and pillow. Some nickel and dime you with dreaded resort fees that provide little or no value to us but provide the property revenue. Some charge to receive a package and then give you the wrong package or make you wait while security gets you the right package because the business center only works a few hours a day (Westin Los Angeles). Some charge for parking when parking is free all around it (Palm Springs). But then you have the Springhill Suites in Kennewick WA where we stayed because it was connected to the convention center. The breakfast was good but got a little tiresome as it didn’t change over the 6 nights we were there (cereal, egg sausage biscuit, egg croissant, yogurt, muffin, scone, hard boil egg) but parking was free and the rooms were comfortable. But what really set the place apart was the staff. No problem was too small to solve…even the problems we didn’t know about. They didn’t just say the things they are supposed to say, they meant them. While we doubt we will be back in the area, we wanted to spread the word that if you are in the area, this is the place to stay (we didn’t receive anything in exchange for this review).