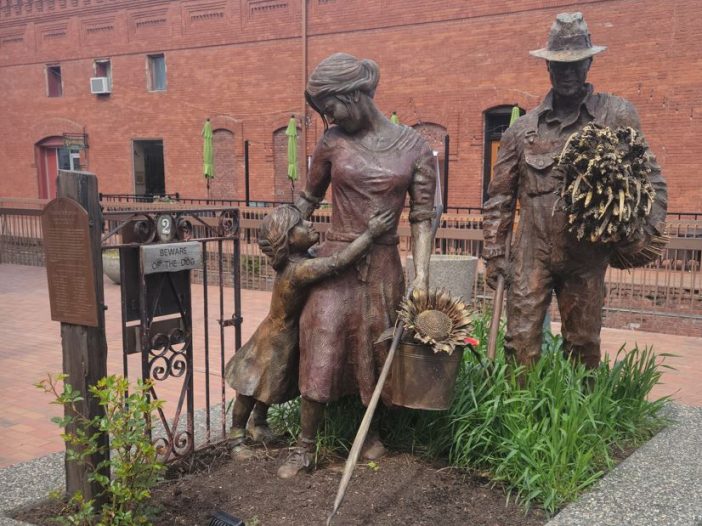 The wine industry was jumpstarted when another settler, A.B. Roberts established a nursery and brought in grape vines from Oregon, although commercial production remained minuscule. And then came prohibition which shut down the wine industry.

Washington’s commercial wine industry was generally born in the mid-1930s following Prohibition’s repeal when Walter Clore’s wine-growing research (see our post on the Yakima Valley Wine Country) and William Bridgeman’s efforts to bring irrigation to the minerals and volcanic soils west of the Cascade Mountains.

Still, it took until the late-1970s and early-1980s for commercial winemaking to take hold in the Walla Walla Valley. This began with planting and production by Gary Figgins (Leonetti Cellars), Rick Small (Woodward Canyon), and Baker Ferguson (L’Ecole No, 41). By 1984, Walla Walla was recognized as an AVA and the region’s wines began winning national and international competitions. Still, even by the late 1980s, the valley had barely a dozen wineries. It took till 2017 for the number to hit 150 and for 3,000 acres to be planted with vines.

Two-thirds of the Walla Walla AVA is in Washington State stretches from Walla Walla Washington down to Oregon. The remainder of the AVA goes into the northeast corner of Oregon. Plantings include not only grapes but everything from wheat to the region’s sweet onions. Today it now boasts more than 150 wineries and is second to the Yakima Valley in both the number of wineries and total wine production in Washington State.

This is largely due to a combination of the region’s soil and its weather. The loess soil (a loosely packed, wind-blown, sedimentary soil) provides good drainage while its location between mountains and two rivers moderates temperatures and helps produce the large diurnal shifts (between hot days and cool nights) that quality vines require. Irrigation addresses the lack the rainfall needed to grow healthy vines and grapes. As a result, the region is well suited to produce high-quality Cabernet Sauvignon, Merlot, and Cabernet Franc required for the Bordeaux-style varietals wines for it is best known, as well as for Syrah (the second most widely planted grape, after Cabernet Sauvignon), Sangiovese and Chardonnay.

Although the vast majority of the Walla Walla AVA is in Washington State, Oregon accounts for almost 45% of the 3,000 planted acres and is home to several of the most prized vineyards in The Rocks sub-AVA. These include the Seven Hills Vineyard and especially those in around the town of Milton-Freewater. The Rocks region accounts for 11% of Walla Walla’s total plantings and is particularly noted for its basalt cobblestone and gravel soil which provides excellent drainage. This forces the vines to grow long roots and stresses the vines, resulting in highly concentrated, minerally fruit.

While The Rocks sub-AVA is prized for all its red grapes, it is actually more heavily planted with Syrah (40%) than it is with Cabernet Sauvignon (32%), followed distantly by Merlot at 10%.

Still, grapes can have a tough life in this climate:

But with all this, Washington in general and Walla Walla, in particular, continue to produce highly regarded wines—a reputation with which we concur after our limited tasting experience. The most interesting stops we made in the town and surrounding area are:

Our options were somewhat limited for the one lunch that we had while in the area. We stopped at AK’s Mercado where we had a 16-hour smoked brisket sandwich on a hoagie roll and a plate of nachos with black beans, pickled onions, mozzarella, cheddar cheese, and chicken with salsa verde and crema on the side. While both were acceptable, neither was memorable.