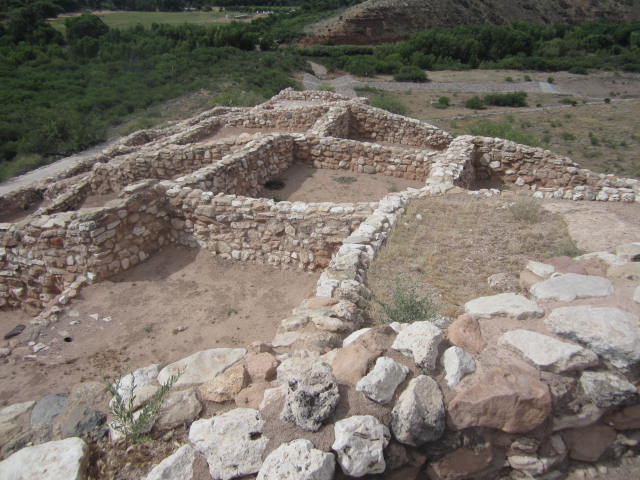 Sedona Arizona is one of the most beautiful areas of the country. Although it is particularly famed for red rock cliffs, buttes, and eerie formations, Sedona has much more to do than staring at the views and hiking the area’s numerous trails. The area is loaded with historic sites created by its Native American inhabitants. But first a glimpse of its more recent history.

Although the Sedona area had been home to Hohokum, Singuan, and later Anasazi people since 700 A.D., a Westerner first discovered it in 1583. It was not settled until 1876 (in neighboring Oak Creek Canyon) and until 1901 in present-day Sedona. A Zane Grey book and subsequent silent movies that he persuaded the studio to film here first put it on a map in 1923. This led to the Sedona Red Rock area being the backdrop for hundreds of Western movies in the 1930s to 1950s. This, in turn, brought artists (including the group self-dubbed the Cowboy Artists of America (which is dedicated to authentically perpetuating the memory and culture of the Old West) and other creatives. The paintings and especially the movies, in turn, brought millions of tourists.

The Cowboy Club plays an important role in Sedona’s recent history. Opened in 1946, it was just in time for the region’s Hollywood era, when John Wayne, Jimmy Stewart, Burt Lancaster, Donna Reed, Joan Crawford, and even Elvis, came to the city to film movies. After a hard day of shooting (both movies and prop guns), many came to the Cowboy Club to unwind. The Club is also the venue at which the idea for the Cowboy Arts of America group was hatched and the group officially organized.

Over the last few decades, the area has become renowned as a unique spot at which several different vortexes, which are supposed to pass energy between the earth and the heavens, a yoga, and wellness center, and a place for spiritual renewal. And it continues to be an artistic mecca with hundreds of studios and more than 40 art galleries. And not to forget the town has dozens of resorts, hotels, timeshares, and restaurants.

Now let’s go back to the early history of the Sinagua people.

One of the many and by far best-preserved valley Sinaqua settlement is around Oak Creek. The highlight and primary focus of the park is the five-story, 35-family dwelling dug out of a cliff face. The exhibits explain the history of and the mystery of abandonment of the community. We were lucky to arrive just as a ranger was about to begin a very good talk that explained the people and the different theories as to why they built their village in such a difficult location. And why and how it disappeared. As for the first question, they probably built high up a cliff face for protection from floods, to get natural air conditioning, and possibly even the views.

And where did they go? Temperature and rainfall estimates suggest that their evacuation may have been largely attributable to years of high heat and drought that diminished their food sources.

And what happened to the people of the village? DNA tests suggest that they just melted into other communities in other locations throughout the southwest.

This is another Sinaqua settlement in the Verde Valley. It was built in the pueblo style. When needed, rooms were on top of a hilltop that provided 360-degree views. The restored ruins provide a good feel for how the community used to look. The visitor’s center has a nice display of minerals that the inhabitants mined and traded as well as pottery and tools showing how they lived.

These ruins, which require reservations, were fascinating. Although the unrestored Sinagua cliff dwellings were relatively small (originally housing 40-60 people), the cliffs were among the most beautiful we have seen in the area. The highlights, however, were two caverns, a short distance from the dwellings. They were covered with petroglyphs (which are carved into the stone) and especially pictoglyphs (which are drawn) created by Sinagua, Yavapai, Hopi, and Apaches over a 1,000-year period. Then there was the 100-year old name of one of the valley’s early Western settlers and a one-room cave-dwelling built by an early 20th-century resident. All of the volunteer guides are wonderful. They bring the history alive with detailed speculation as to when each was created and what they are likely to represent. One shows an aspiring figure atop a horse–something the natives could not have visualized before the first Spanish arrival. The site also has some of the most beautiful red rock formations in the Sedona area.