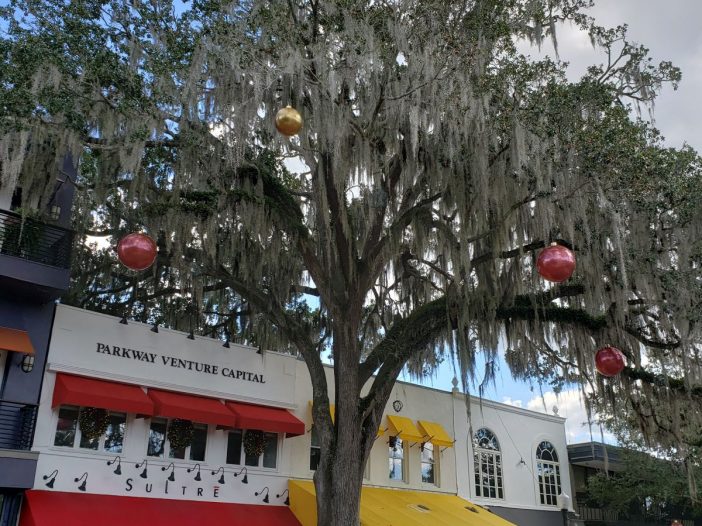 Until the 1880s, Winter Park Florida was a small settlement. Shortly after the railroad put in a track, a northern business person came to the area for his health. After seeing the scenery, he joined forces with another business person to buy a large piece of land and develop the town. They then promoted the area to northerners who wanted to escape the cold winters.

Today this lovely city continues to draw snow birds and also is a summer destination for wealthy Floridians. Its lovely main street is lined on one side with boutiques, galleries, and sidewalk cafes. On the other side is a pretty park. The street is also home to a large, graceful live oak and is shrouded in Spanish moss. The town is decorated with large Christmas tree ornaments during the Christmas season. The city is also home to two museums.

Albin Polasek was a Czech-American sculptor and educator who was the head of the sculpture department at the Art Institute of Chicago for 30 years. He retired in Winter Park. One can tour the house and the gardens, which contain many of his works amidst the lovely landscaping. A beautiful place to relax and to learn more about the artist.

The Morse Museum contains late 19th and early 20th century American art. But it is more known as housing the world’s most comprehensive collection of works by Louis Comfort Tiffany. It is well worth a stop to see Tiffany’s magnificent work.

The galleries begin with a display of some of Tiffany’s early work including vases, stained-glass windows, and a beautiful set of 1905 door panels.

Additional galleries were dedicated to the tools and techniques for making art glass and some of the artist’s early innovations. These included the:

Next came a gallery of some of Tiffany’s most elaborate lamps, including the particularly complex and beautiful cobweb lamps which were very challenging to produce and quite expensive (more than $500 in the early 20th century). This was followed by a gallery that displayed several Tiffany watercolors and a few additional galleries dedicated to the Stebbins Collection of paintings by some of the period’s most accomplished American painters, such as Fredrick Edwin Church, Thomas Eakins and John LaForge. Then another dedicated to the elaborate, decorative designs of the 1890’s Art Nouveaux movement and beautiful examples of some of Tiffany’s contribution to the movement. This led to several examples of Tiffany lead-glass and stained-glass windows and a recreation of the elaborate Chapel that Tiffany designed for the 1893 Columbian Exposition that helped cement Tiffany’s reputation.

Most of the rest of the museum consisted of recreations of several of the primary rooms of Laurelton Hall, the Art Nouveau-style estate that Tiffany designed and furnished for himself and his family in 1905.

The final gallery provided an overview of Tiffany’s life, rom his childhood and artist training in Paris, through the founding of his company and some of the primary stages of his life and his various accomplishments and contributions to fields including not only art and glassmaking, but also painting, photography, interior design, architecture, ceramics, jewelry and window and lamp-making.