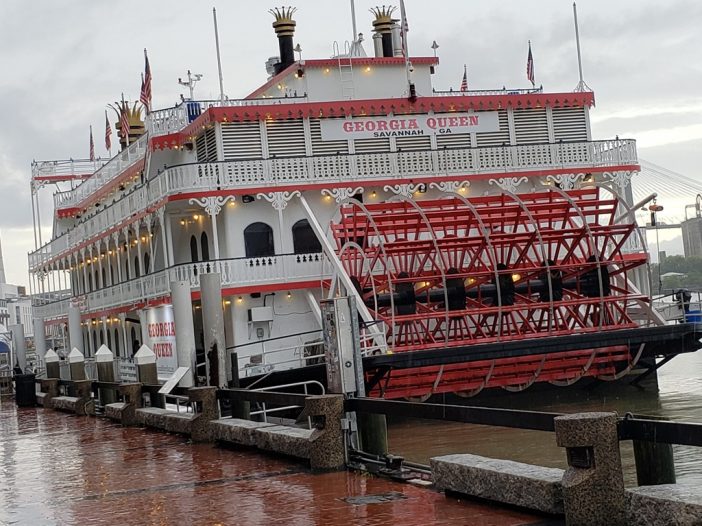 General James Oglethorpe founded the city under the premise that it would have no hard liquor, slaves, Catholics, or lawyers (all of which rules have long been rescinded). The colony was built around 24 public squares, rather than a traditional grid pattern. Families in each of the 24 wards held their square in common for usage as pastures, communal wells, and public gathering places. Shops and public buildings were located around each square with private parcels in these surrounding blocks. Land outside this area was held in common.

The city’s deepwater port rapidly became a focal point of shipping across both the Caribbean and the Atlantic. In addition to Charleston, Savannah became one of the country’s two primary ports for indigo, rice, and especially cotton that was grown on sea islands and in the interior and shipped through a combination of rail and canal steamboats.

Although the city fought for independence from England during the Revolutionary War, it was rapidly captured and turned into an English base for use against the colonies until 1782. It fared little better in its fight against the Union in the Civil War. The Federal Navy quickly turned Confederate defenses to their own advantage and effectively blockaded the port until William Tecumseh Sherman arrived. While he left most civilian and residential areas unharmed, he destroyed all commercial, industrial, and transportation facilities that the Confederate could use in their war effort.

The war end of slavery and the boll weevil infestations decimated the city’s cotton trade. The city went into a recession that didn’t end until WWII when other industries began to take hold. While new prosperity led to the destruction and rebuilding of existing structures, a preservation effort saved many of the buildings that have become instrumental to the growth of the city’s tourism business.

Although we would have loved to walk this beautiful historic city, a day’s downpours limited us to a largely car-based tour and quick looks at many of the city’s most interesting and historic sites. These included the:

Our visit was a drive-through game of hide-and-seek in which we navigated our way through a maze of one-way streets to catch glimpses of historic buildings and dodge downpours and puddles to snap pictures. Next time we hope to be able to have a leisurely walking exploration.

We had two excellent meals in Savannah.