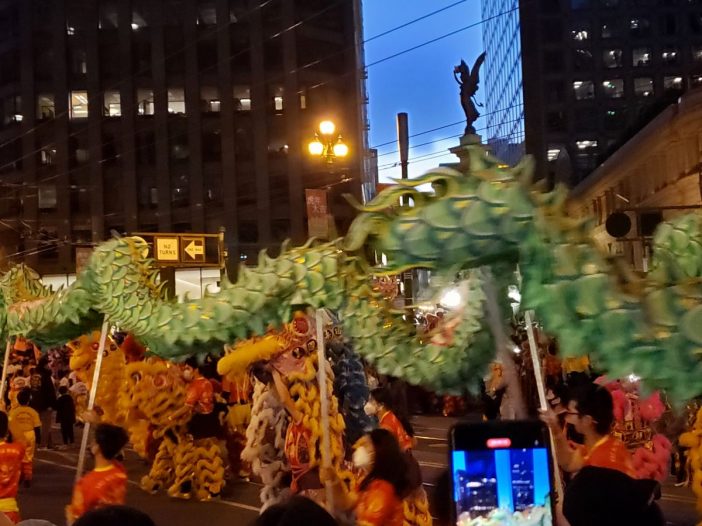 San Francisco’s Chinese New Year Parade had been an annual tradition since 1851…that is until Covid forced a break last year. But it came back in 2022 with the year of the Tiger.

Thousands of people came out to watch it wend its way from San Francisco’s Financial District, past Union Square reviewing stands, and through the crowded streets of Chinatown.

The parade combined elements of the traditional Chinese Lantern Festival and a typical American parade. It had floats, marching bands, and cars carrying smiling, waving politicians. It ends with a grand finale in the form of a glittering, LED-lit Golden Dragon, a 268-foot, cloth dragon carried by a 100-person team that struts, leaps, and winds the serpent through the streets accompanied by bangs and flashes of thousands of firecrackers.