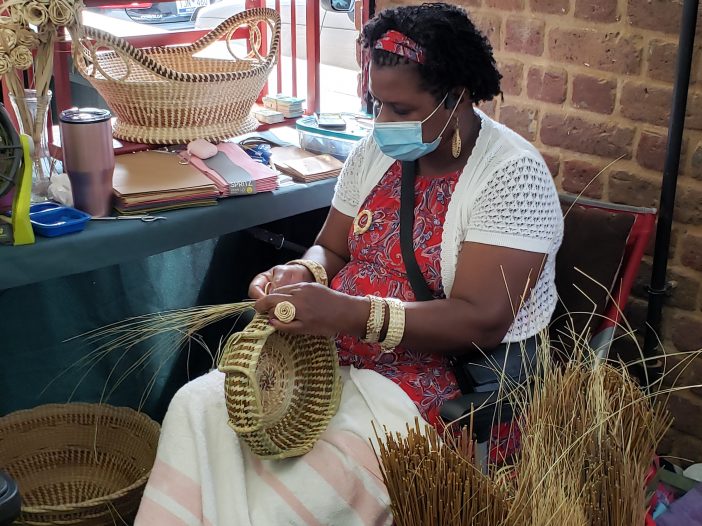 “Gullah” (aka “Gullah Geechee” in Georgia), is a reference to descendants of enslaved African Americans living on the sea-islands and in the coastal areas from South Carolina to Florida, to their culture and to the unique English-based Creole language they speak. (It has been recognized as an actual language rather than a dialect. A number of 19th-century East Africans, in fact, already spoke a form of English before they were captured and brought to America.)

The culture relates to everything from the fishing, farming, cooking, weaving, spiritual, and artistic practices that had their roots in Africa but have been adapted to American locations, tools, ingredients, and culture. It was evidenced from the first years in which they were brought to the colonies and applied their century-old farming practices to growing crops such as rice and indigo, to their weaving of sweetgrass baskets, to the way they make fishing nets, to the themes and color patterns of their art, and to the food they cooked in plantation kitchens. And just as the plantation owners came to value these practices and skills and apply them on their own, so too have others who have been exposed to them, including American musicians and chefs.

Our introduction into Gullah began in Charleston South Carolina with Alphonso Brown’s Gullah Tour. After loading us onto a bus, he gave us a brief introduction to entry-level Gullah and explained the origins, vocabulary, and syntax of the Gullah language. He then drove us around a number of Charleston sights that had roles in the city’s Gullah history.

He took us to a number of other locations that were prominent in the city’s black history.

These, plus other visits and tours of South Carolina’s Low Country provided more context around the origins of the Gullah culture, the contributions they made to the operations of the plantations and to contemporary Southern culture. These included: