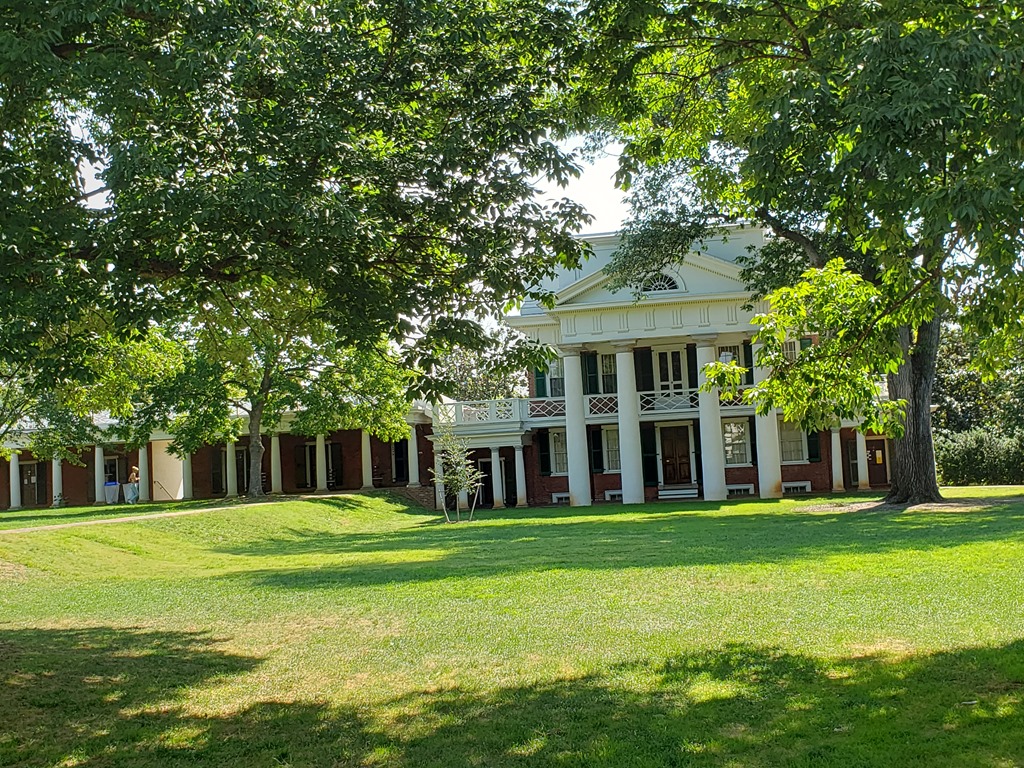 Charlottesville Virginia is surrounded by beautiful rolling hills, gracious horse farms, historical buildings, and wineries. It was the home of Thomas Jefferson and James Monroe. And it is also the home of the beautiful University of Virginia campus.

Charlottesville’s city life is focused around the downtown area:

Other Charlottesville historic sites include:

Thomas Jefferson designed the University of Virginia as an “academical village”. Today it is one of the nation’s top public universities and a Jefferson-designed marvel of classical architecture. The campus is centered around the Roman Pantheon-inspired Rotunda—the only UNESCO World Heritage site among U.S. universities. While an 1853 fire destroyed all but the brick exterior, it was reconstructed according to Jefferson’s original plans.

The central lawn, meanwhile, stretched from the Rotunda to Old Cabell Hall. The entire lawn is surrounded by colonnaded Pavilions with rooms that originally housed students on one side and faculty on the other as a means of encouraging regular interaction. Since the university has grown far beyond the Pavilion’s capacity to house all professors and students, select fourth-year students are now honored with the opportunity to live in these rooms. The lawn, meanwhile, remains the center of the University life as a casual meeting and lounging space, the site of outdoor classes and of the annual “Final Exercises”, i.e.., the graduation ceremony. 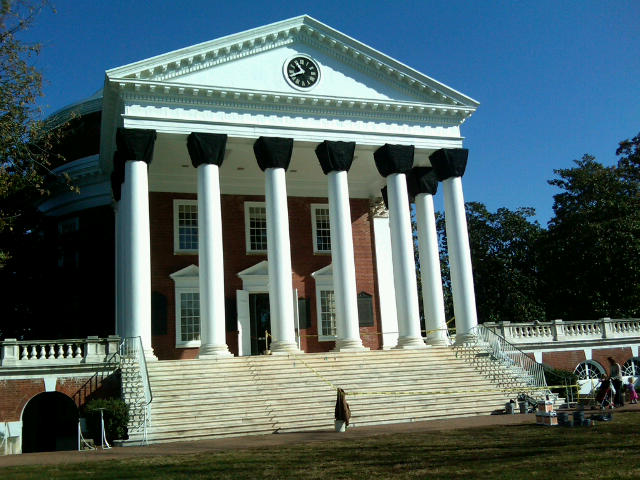 Other notable campus sights include the Memorial to Enslaved Laborers (a granite memorial to the roughly 5,000 slaves who build and maintained the University through the end of the Civil War, the Amphitheater, and the South Lawn Terrace.

Off-campus University-related areas include Rugby Road, where many of the Greek houses are located, and The Corner, home to a multipurpose student center, restaurants, shops, and nightspots.

Albemarle County is home of the Thomas Jeffersonian Dynasty with Jefferson and two of his neighbors and friends succeeding each other as the third, fourth and fifth presidents of the United States. 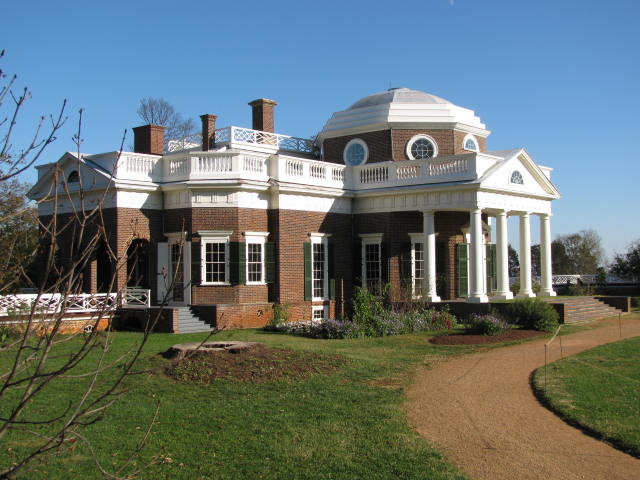