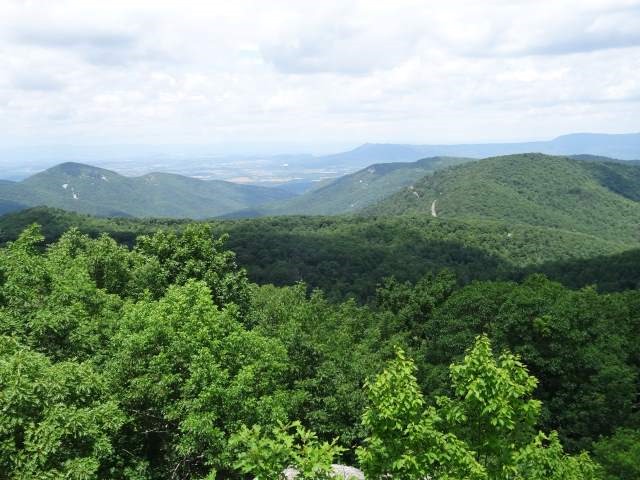 The Shenandoah National Park is in the Blue Ridge Mountains of Virginia. It runs from Front Royal at its northern entrance to its southern entrance near Waynesboro.

The 115 mile Skyline Drive takes you through the park. It is lined with pastoral scenes and overlooks that provide beautiful views without even getting out of your car. 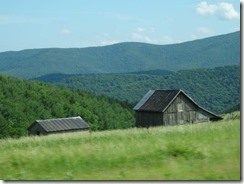 Discovering the park’s real beauty, however, requires a bit more of a commitment by taking some hikes.

Riprap Trail (Mile 90.0 to Chimney Rock 1.7 m with 834 ft elevation gain) was our goal. Unfortunately, we weren’t familiar with the signage used on the trail and missed the cutoff. We ended up hiking north on the Appalachian Trail (AT) for about 2 miles before we realized our error and turned around. By the time we got back to the cutoff, we didn’t have enough water to get to the Rock and back. The AT hike, however, was certainly pretty and probably entailed the same total elevation gain. It did not, however, produce any views. 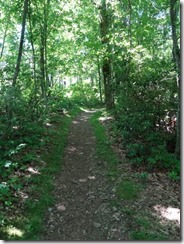 Blackrock Summit (Mile 84.4) is a one-mile trail with only a 175-foot elevation gain that culminates in rocky summit and returns via a grassy fire road on which we ran into a roughly 3.5-foot black snake that was sunning itself. 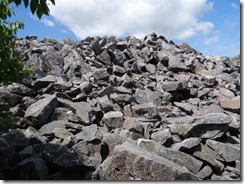 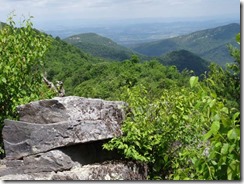 Frazier Discovery Trail (Mile 79.5) is a 1.3-mile circuit with only a 430-foot elevation gain that seemed like more. It is a lovely interpretive trail that ends at a summit with great views. 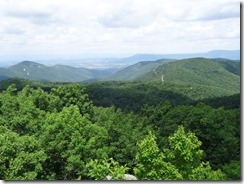 Stony Man Summit Trail (Mile 41.7) is a 1.6-mile circuit that climbs 340 feet to a summit with a view over the Appalachian.

Little Stony Man Cliffs (Mile 41.7) is a 1.2 mile round trip spur off the summit trail (down a couple of hundred feet, which means up on the return) leading to steep cliffs that plunge down to the valley floor. 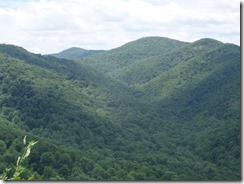 When we reached Front Royal, at the northern exit of the park, we made one more stop. After exploring so much of the earth’s surface, we decided to explore some of the region’s underground wonders.

Skyline Caverns contain the winding passages, crystal clear streams, stalactites, and stalagmites that you would expect as you wind your way down into the earth. And, as you would expect in a cavern operated as a tourist spot, features illuminated by colored lights that create surreal images.

One of the most interesting and beautiful of these formations, called Fairyland Lake. It contains a number of small stalactites, hanging over a clear pond that creates mystical reflections.

These caverns offer something else–a few rare creatures that we never got to see (including a blind, albino snail, and a cricket that has not been found elsewhere) and a rare crystal formation, called anthrodites, that were evident in abundance. These calcite compounds, which require an estimated 7,000 years to grow a single inch, range from specks the size of a grain of sugar to large “gardens” of hundreds of white, sea urchin-like structures, some of whose spines are several inches in length.