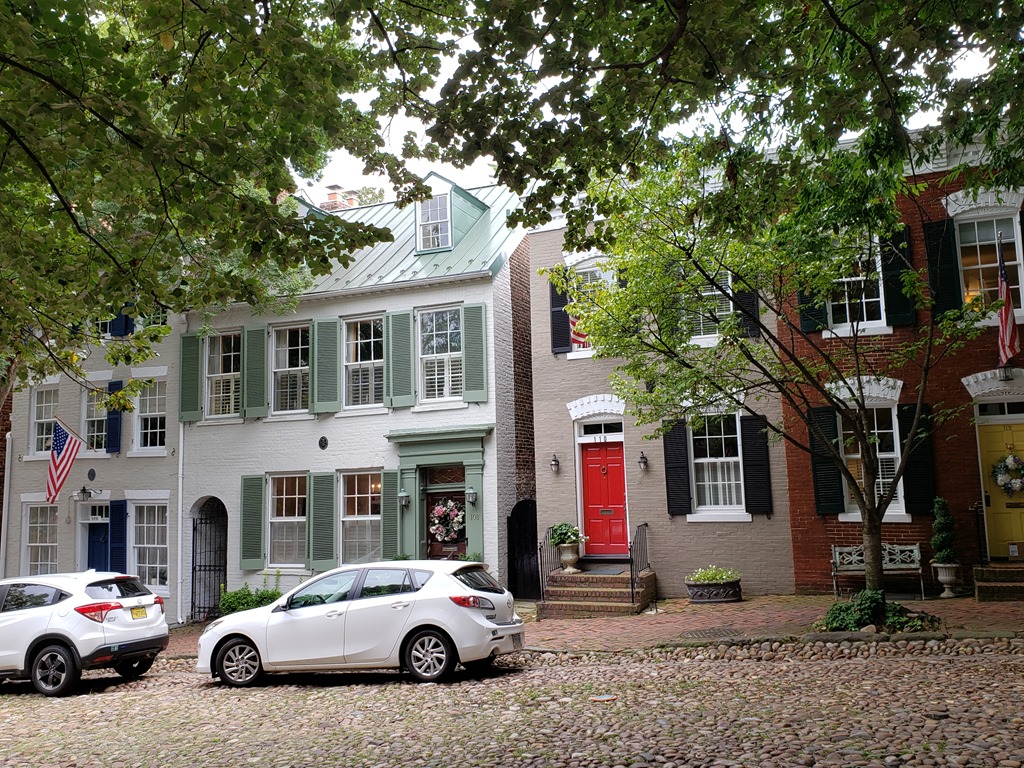 We were fortunate enough to rent a beautiful historic, Old Town townhouse (211 S. Lee Street ) in Alexandria Virginis for several months when we briefly contemplated moving to the area. And we love coming back to stroll the streets of historic Old Town, explore the beautiful Colonial-era homes and businesses, and just absorb the atmosphere of another era.

Alexandra Virginia was first settled in 1669. It was designated as a city in 1749 and rapidly became a major port, trade, and political center. Between 1801 and 1847, it was incorporated into Washington DC. After its role as a port declined, it became an important rail center. George Washington considered it his early home and became a trustee of the city and Robert E. Lee grew up in the city.

We took our own self-guided walking tour through some of Old Town’s most important historic sights and its historic paved and cobblestone streets. These include:

Del Ray Café. We had a wonderful, multi-course dinner here. We began with sautéed foie gras with blueberry compote, roasted quail on organic spinach with mustard sauce Roasted Alaskan halibut with roasted almonds and quinoa, and saffron sauce, followed by a raspberry soufflé. All were very good, combined with good service, a pleasant outdoor atmosphere, and a nice bottle of 2014 Gran Moraine Yamhill-Carlton Pinot Noir. While Joyce felt the foie gras was slightly overcooked, Tom will take a meal like that anytime—and for a reasonable price.

The Warehouse Bar and Grill was a lunch stop. We initially ordered crayfish and shrimp beignets and a softshell crab BLT on Potato Roll. Both were dry and barely warm, which suggested they may have been overcooked and/or left to sit before being brought to us. We sent both back: the sandwich to be remade and substituted she-crab soup for the beignets. We enjoyed both of them.

The Alexandrian. On our 2021 trip, we stayed in Old Town at the Alexandria Autograph Collection. It is a beautiful place in a great location. With covid, not all of the amenities were available, but that is OK. The room was very comfortable and had nice robes. We will definitely return.