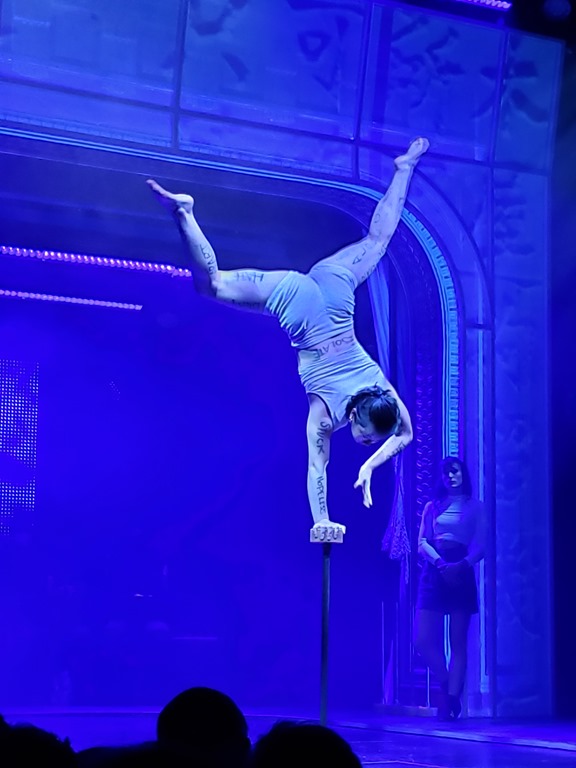 North Beach’s Club Fugazi is a small San Francisco performance venue built in 1913. It is best known as home to the 45-year run of the ever-changing Beach Blanket Babylon musical review, which is now closed.

The building has had a long life. It was:

It has recently reopened after a two-year hiatus following Beach Blanket Babylon’s last performance as the temporary San Francisco home of The 7 Fingers arts collective.

7 Fingers writes, choreographs, and directs its own shows that attempt to redefine “circus” by combining acrobats, jugglers, dancers, musicians, and storytellers into an evening of mesmerizing performances that tell stories and celebrate our humanity.

Dear San Francisco, which is currently playing, merges these and other performance skills into an entertaining, death-defying, and sometimes poignant ode to San Francisco and its people. The fast-paced performance flows seamlessly among acts that include:

But reading descriptions of the fun show is one thing. Watching and engaging in it is totally different. Overall, it is a wonderful and worthy follow-up to the beloved Beach Blanket Babylon.