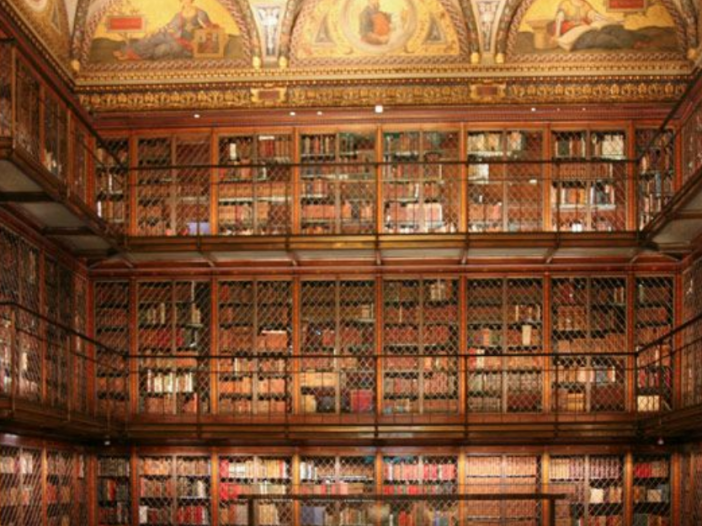 No matter what kind of art you are into, New York City is sure to have a museum, art exhibit, or gallery that you can find interesting. Here are some of our favorite places that you might enjoy.

America Folk Art Museum (2 Lincoln Square). American Folk Art is generally defined as art by artists who are generally self-trained. This small free museum has about 8,000 pieces of traditional American folk art from the 19th – to 21st century.  It has a fascinating exhibit on weathervanes on our 2021 visit.

American Museum of Natural History (AMNH) is located on the Upper West Side of New York City. It is considered one of the world’s preeminent educational, cultural and scientific institutions. This huge complex has over 25 interconnected buildings that house over 40 permanent exhibition halls, a planetarium, and a library. Whether you are interested in minerals and gemstones, want to see animals shown in their natural habitat, want to know more about the Big Bang theory, this is the place to go

Asia Society is an international society that promotes partnerships between the people of Asia and the United States. Its large collection contains both traditional and contemporary Asian and Asian American art as well as puts on special exhibits.

Brant Foundation Art Study Center (421 East 6th Street, New York City) exhibits the private art collection of Peter Brant. It focuses on modern and contemporary art. In addition to its s 7,000 square feet of exhibition space in New York, it has a second location in Greenwich.

The Cooper-Hewitt (2E 91st Street) is a museum of design in New York City. Its permanent collection consists of over 210,000 objects in product design, decorative arts, works on paper, graphic design, textiles, wall coverings, and digital materials. The museum is located in the nicely restored Andrew Carnegie mansion. The mansion itself is worth a visit with its beautifully hand-carved staircase and ceilings and its sunroom.

Frick Collection was started by Henry Clay Frick when he donated his home, paintings, sculptures, and decorative arts to the public. Today’s collection encompasses works from the Renaissance through the nineteenth century. This free museum is also an art history center.

Although we can’t say that we fully share Frick’s taste in art, he did collect some incredible pieces, from artists ranging from Rembrandt to Gainsborough and Turner. One exhibit that we saw pulled together a collection of nine of Renoir’s full-length figure paintings (including its own “The Promenade”, along with those from other museums. Our favorites were The Promenade, and three paintings of dancers–Dancing in the Country, Dancing in the City, and one of our all-time favorite paintings, the joyous Dance at Bougival from the Boston Museum of Fine Arts.

Guggenheim Museum (1071 Fifth Avenue) is housed in a Frank Lloyd Wright inverted-ziggurat design that is as impressive as the art that it holds. The spiral ramp leading to a skylight has been named a National Historic Landmark as well as a UNESCO site. While we love the architecture, we also love visiting its exhibitions.

Jewish Museum (1109 5th Ave) has over 30,000 works of art that span over 4,000 years of Jewish culture. It pulls together interesting exhibits of  Jewish art across the millennia, from a 3rd-century BC sarcophagus with the image of a menorah through all types of contemporary works.

Metropolitan Museum of Art (“The Met”) has more than two million works of art in its collection that span five thousand years from prehistory to the present and from every part of the globe. Its permanent collection has a large collection of sculptures; American and modern art; Asia, Africa, Islam, ancient Egypt, and Byzantine art; musical instruments, weapons; and armor from around the world. We especially like its huge Impressionist Collection includes a number of pieces from all of the major and a number of lesser-known impressionist and Post-Impressionist artists. A great place to spend an afternoon.

The Morgan Library is a museum and an independent research library that began as the private library of Pierpoint Morgan. His collection of historical manuscripts, early printed books, and old master drawings and prints continue to be augmented with important music manuscripts, early children’s books, Americana, and materials from the twentieth century. Its permanent collection includes originals from Rubens, Gutenberg, Mozart, and Thoreau.

The glorious rooms and ceilings of J. Pierpont’s private study and library (if not the awkward Renzo Piano addition next door) are worth a visit themselves. The incredibly ornate rooms have Renaissance art, extraordinary book and manuscript collections, and a fair bit of history. It was for example, in his study in which he locked the nation’s most powerful bankers until they hammered out an agreement that would save the country from an impending 1907 financial crash.

9/11 Memorial and Museum is built where the twin towers stood. It provided a detailed timeline of the events of the day and told the story through placards, exhibits, movies, and recorded audios of every aspect of the attack. Whether you lived through this time period or just want to know more about it, this is a Must-See museum

New York Historical Society  (77th Street at Central Park West) is a fascinating museum and library that focuses on the history of New York and the nation. The permanent collection reviews the history of the city from its founding as a Dutch colony through the early 20th century. , we spent most of our time visiting a number of its special exhibits.Its special exhibits are equally fascinating.

Skyscraper Museum in Lower Manhattan traces the history of skyscrapers, including the technical advances that made each generation possible, shows architectural models and mockups of some of the largest, and portrayed their transformation from office tours in the U.S. to residential towers in Asia. It examines the architectural and engineering innovations that make today’s commercial monuments possible, the growing focus on sustainable and green design, the move towards increasingly standardized construction practices, and the seemingly inevitable migration of architectural and engineering talent from the U.S., to Asia. It focuses special attention on Dubai’s Burj Khalifa which, at 2,717 feet, not only surpassed the world’s second building but eclipses it by 1,000 feet!

Whitney Museum of American Art has close to 30,000 works in its large permanent collection of 20th and 21st-century contemporary American art. Its collection focuses on living artists. While it rotates its permanent collection exhibition, we often see a compilation of works from virtually all major genres since the beginning of the 20th century.

School of Visual Arts You can find New York City Art in museums. But you can also find it in other places. Look around you on the streets. One example is display cases that we passed on the sidewalks along the upper east side of New York City. Take a look at the items we saw such as a variation on women’s shoes made like a jigsaw puzzle.

Galleries. You can find New York City Art in museums. But you can also find it by going into galleries, where the art continually changes. A fun way to pass an afternoon.