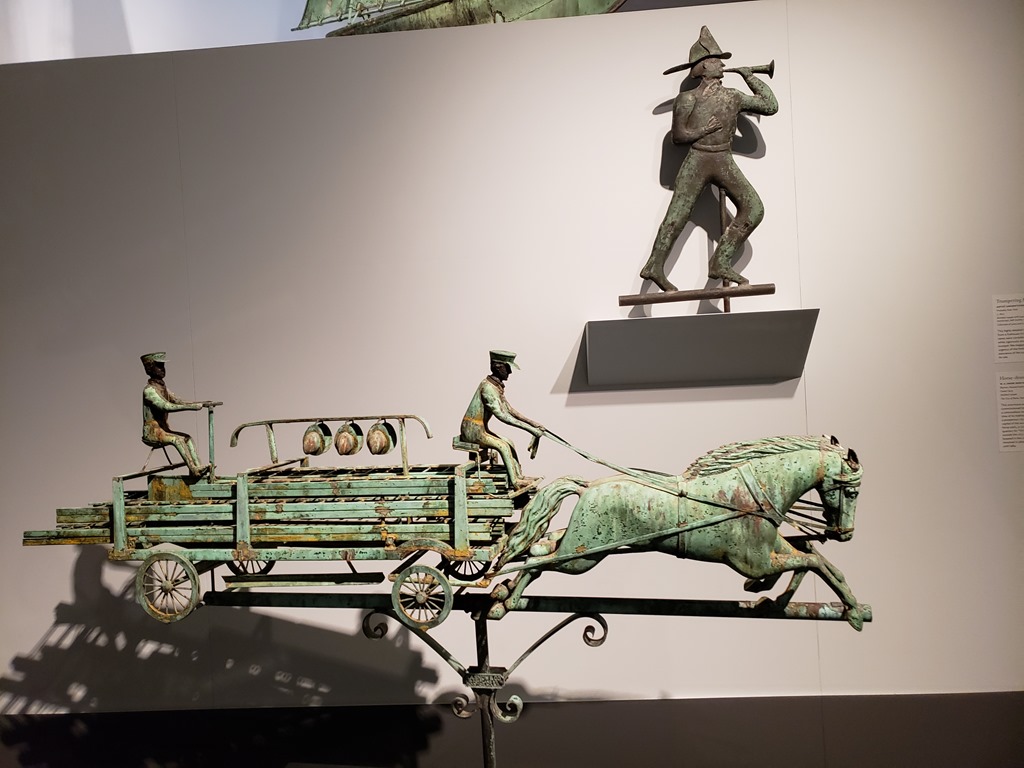 American Folk Art is generally defined as art by artists who are generally self-trained. This small free museum has about 8,000 pieces of traditional American folk art from the 19th – 21st century.  It has a fascinating exhibit on weathervanes on our 2021 visit.

Weathervanes are rarely the focus of a museum exhibit. While we didn’t seek out the museum, we strolled by it one day and decided to stop in and learn more about them.

Weathervanes have been around since the days of ancient China and Greece and began showing up on European churches in the 700s. But it wasn’t until the 19th century for them to become common. And that was in America. While playing an important function, they began to play symbolic and aesthetic roles:

Weathervanes were available in all shapes and sizes, from those depicting horses, cows and pigs to cannons and fire engines.

Where there is demand for a product, there are companies that will exploit and try to expand this demand. While early weathervanes were produced by blacksmiths pursuant to a specific customer requests, the first commercial weathervanes were produced and sold in Boston in 1683. By the 1870s they had become big business with companies manufacturing a variety of vanes and promoting them through posters and trade cards. Market trends, however, don’t last forever and weathervanes were eventually relegated to being seen as nostalgic curiosities and displayed in folk art museums.

The museum, of course, also has a store. While it does offer some small weathervanes, it stocks a supply of all sorts of folk art memorabilia.