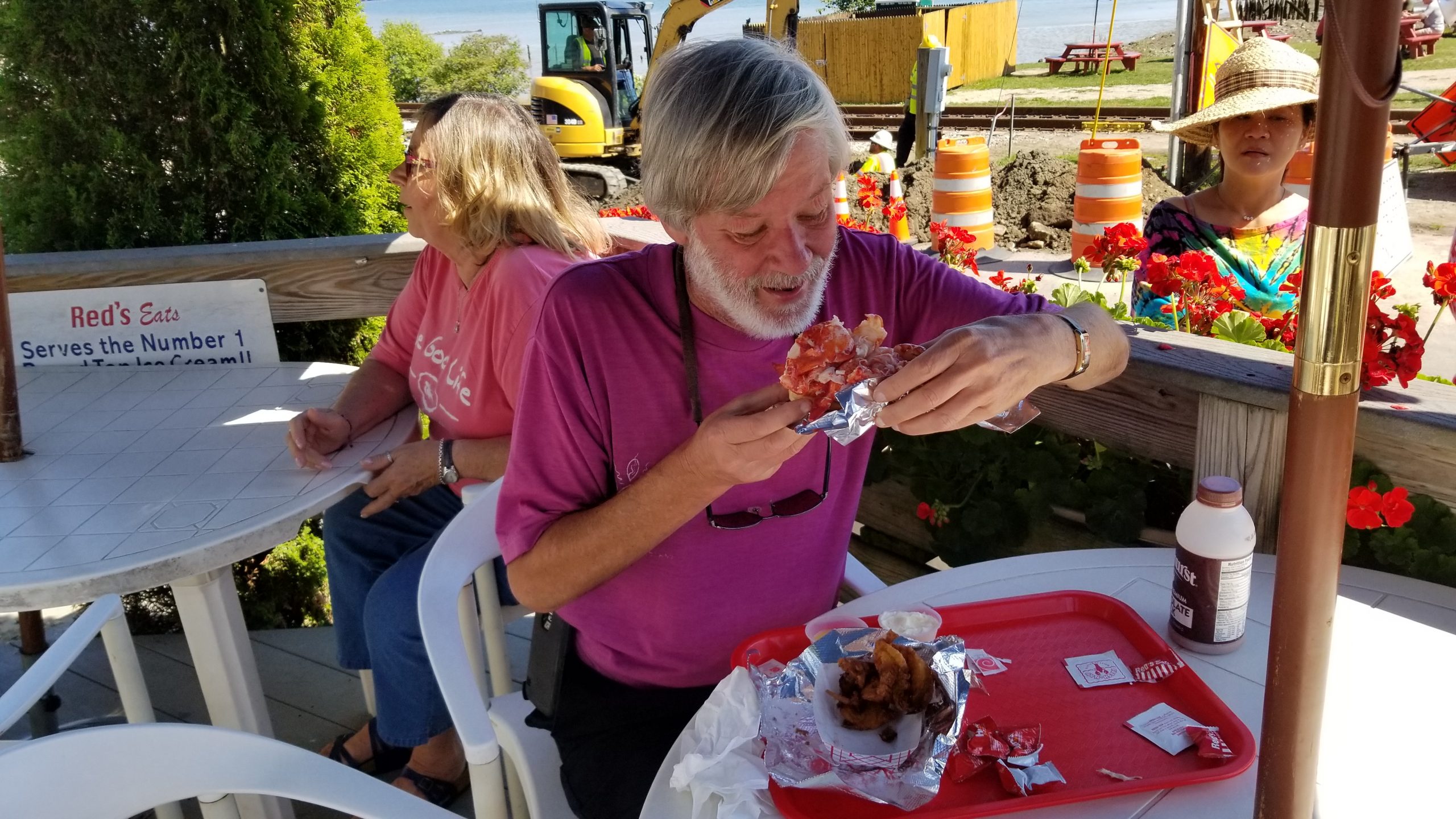 For many, Wiscasset Maine is yet another pretty mid-coast town but the main reason many people stop here (including us) is Red’s Eats.

We like virtually everybody who visits mid-coast Maine, and/or loves lobster rolls, prays at the altar of Red’s Eats on Route 1 in Wiscasset. Red’s is certainly an unlikely culinary altar. While many locals do not see the attraction, we do. We have eaten more than our share of lobster rolls and Reds always ends up as #1 for us.

Red’s originally opened in 1938 in Boothbay Harbor and moved to Wiscasset in 1954. It is only a small shack, about the size of a large minivan, only a small outside eating area, and a porta-potty that is literally on the other side of the tracks. 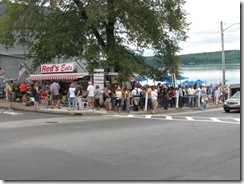 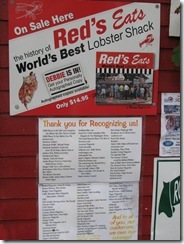 Open from mid-April to mid-October, Red’s serves more lobster rolls in a day, than many stands serve in a year. To the consternation of drivers who are trying to cross the only bridge up the coast for miles, is a mandatory stop for virtually every car. It has earned recognition and accolades from virtually every food and travel magazine and television program for its huge, totally unadorned (naked, with melted butter and mayo on the side) lobster rolls, served on toasted buns.

Even those who haven’t learned the joys of Red’s will often brave the one (normal) to three (on holiday weekends) -hour lines to eat here. To be fair, Red’s also makes great fried clams, onion rings, and other food, but most patrons are too focused on their lobster rolls to risk diluting the experience.) Those few who decide not to wait in line will at least capitalize on the opportunity created by the massive traffic jams to snap a picture.

We were lucky. Of the numerous times we have stopped here, we have waited in line 45-90 minutes to order.

And then it takes 10-15 minutes to get your food as everything is prepared upon order. We have learned to get in line at least 30 minutes (45 is better) before opening time to minimize our wait. Too bad we don’t live in Wiscasset as we were told that they get to skip the lines entirely by placing orders at the shack’s side door.

Although the rolls are certainly expensive ($36 in 2021, but the lobster was expensive everywhere) they remain as large and overstuffed as ever. While the owner insists that they do not weigh the lobster that goes into each roll, each of ours had 1.5 tails and a roughly equal amount of claw meal more than enough to ensure that we return. 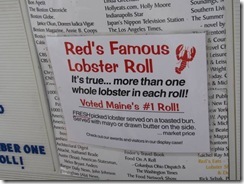 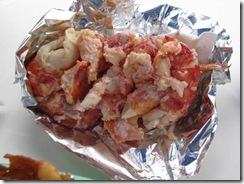 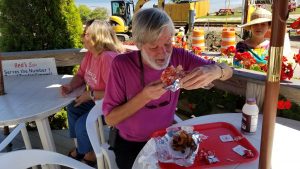 Other Joys of Wiscasset

One may be forgiven for thinking that Red’s is the only reason to stop is Wiscasset. Au contraire. It’s a beautiful town, with stately homes, a pretty river, and a small harbor. One can also visit a jail built in 1811, which contains information on criminal justice from earlier times. 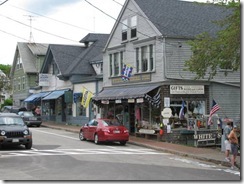 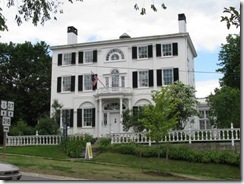 Believe it or not, it also offers additional opportunities for food. Although the lobster roll stand that was opportunistically plopped across the street from Red’s is usually empty.

But what about other restaurants. Can Wiscasset accommodate those who actually want to sit inside a restaurant and have someone come to you to take your order and bring your food? The answer is “yes”. Although we haven’t looked for or eaten at a “real restaurant” in Wiscasset for years, we previously enjoyed the food and the view of Le Garage, which is now called Water Street Kitchen and Bar.