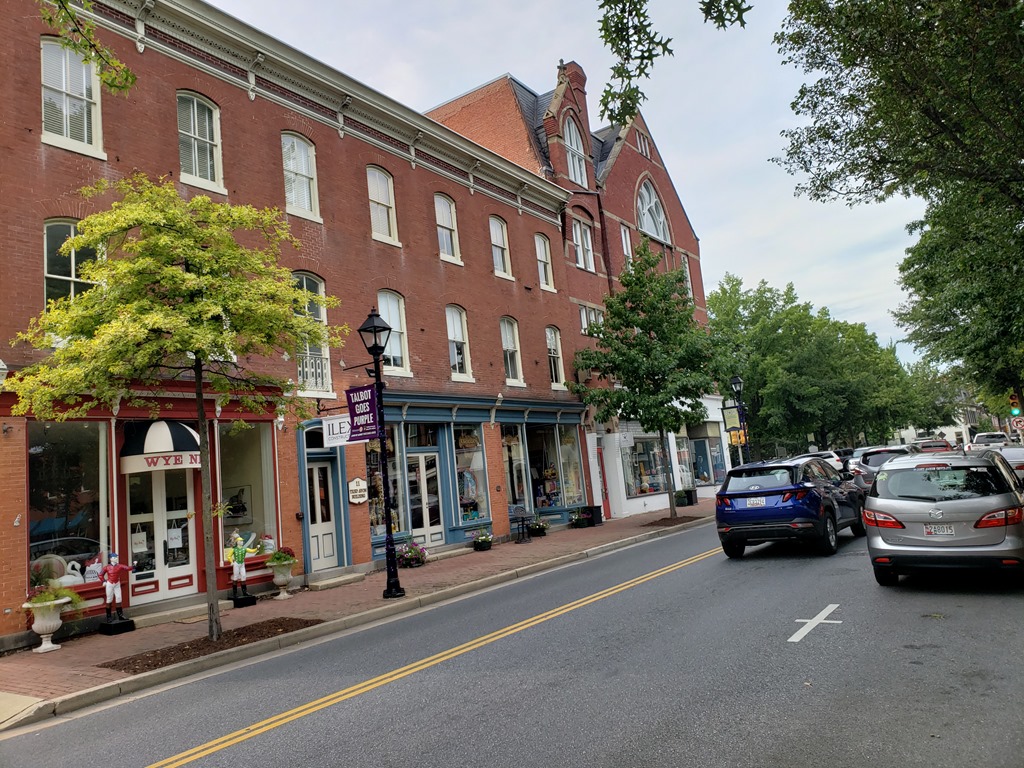 St, Michaels is on the tranquil side of side of Maryland—the Eastern Shore. CNN named it as one of the 10 best small coastal towns. As we were in the area, we decided to check it out.

But first we crossed the very long, but scenic, Chesapeake Bay Bridge and made a quick drive-through of the historic section of the town of Easton. 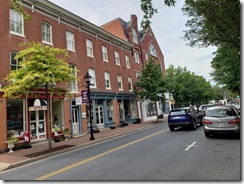 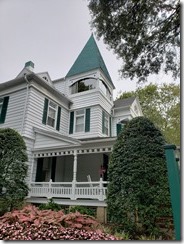 Then onto St. Michaels, a small but very popular sailing center. Although the town was a busy and prosperous fishing and commercial center in the mid-to-late 19th century, the construction of the bridge dramatically reduced its importance. Still, some of the historic buildings remain and the town has made up at least some of its revenue loss with tourism. Not much was going on during our short one-night stay—especially since we were there early in the week. But still, it was pretty and worth a stop. 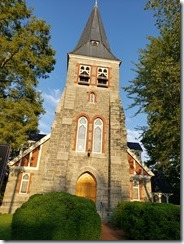 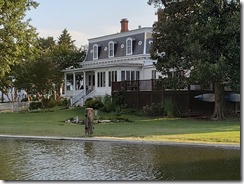 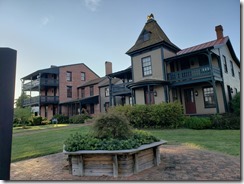 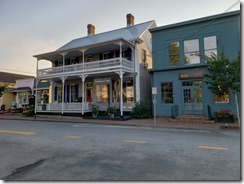 We had planned dinner at the highly regarded St. Michael’s Bistro only to discover that it and other nearby regarded restaurants were closed in midweek when we visited. Our search for alternatives took us to the Crab Claw. But when we arrived we found half the parking lot and all of the bayside seating area covered by several inches of water from a higher than normal tide. Not wanting to climb tables to get over the water, we went on.

We ended up at Awful Arthurs, a rather basic causal al fresco seafood specialist with a large, oyster shell-strewn courtyard. Since we were there for seafood, and especially shellfish we choose the steamed shellfish combo, a huge platter that was overstuffed with 6 oysters, 6 middleneck clams, and one pound apiece of steamed gulf shrimp, mussels, and crawfish, with corn on the cob and boiled potatoes on the side—all this for $75. Although a bit over-steamed for our tastes, we did enjoy it. We had a bottle of wine from the similarly low-priced wine list—a 2020 Chateau St. Michel Sauvignon Blanc that went well with the shellfish. Even though we were unable to finish our main dish, we couldn’t resist the blueberry-peach crumble. When it came, we were again amazed by the huge dish, overflowing with large juicy blueberries and sweet peaches and topped with a large scoop of vanilla ice cream—all again for a very modest price. And while we may have had a minor reservation with the steamed shellfish, we had no such reservations with the wonderful dessert. Other, that is, for again not being able to finish it. 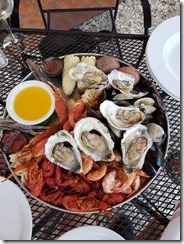 We spent the night at one of the historic homes, an 1883 home that is now the Parsonage Inn B&B. It was a nice stay and a short walk to the harbor and restaurants. 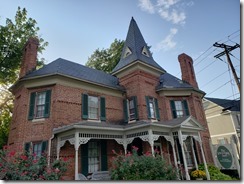