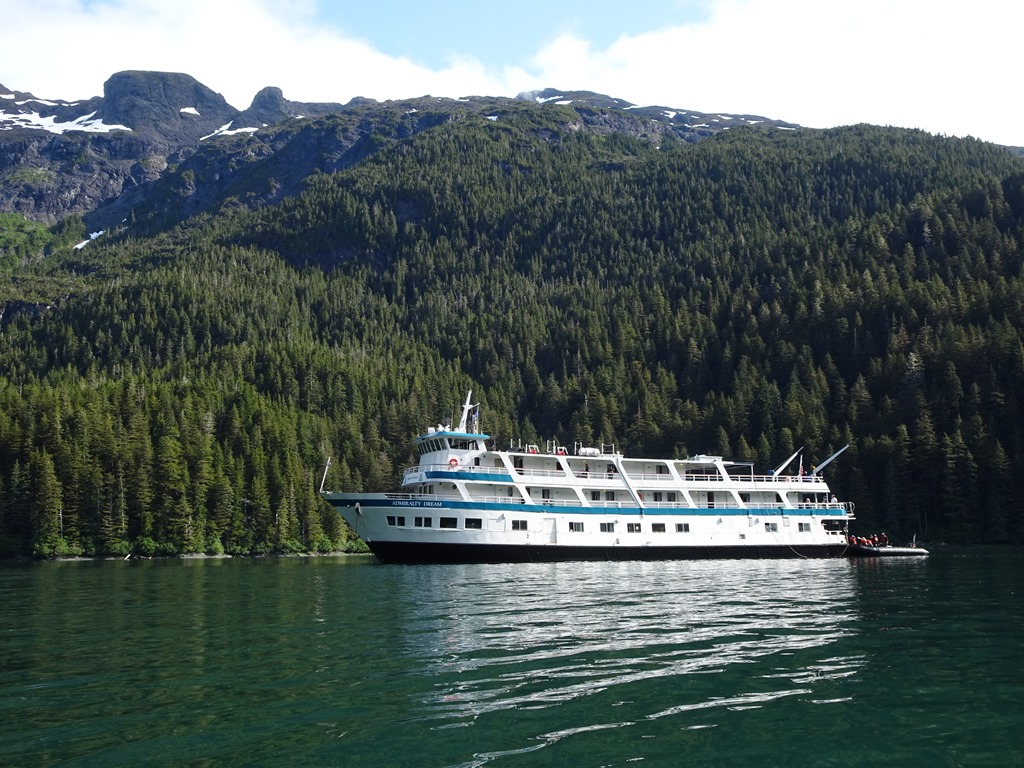 We are on the first full day of our Alaskan cruise on the Admiralty Dream from Alaska Dream Cruises. 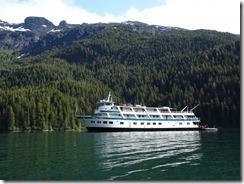 The previous evening, after boarding, our ship went “under sail”. It took us from Sitka to a remote section of Alaska’s Inside Passage wilderness: the Frederick Sound. We went around to the inland side of Baranof Island, through Chatham Strait, and into Red Bluff Bay. We woke up in this small inlet on Baranof Island’s “Waterfall Coast” to the sight and sound of the several hundred-foot, lake-fed Cascades Falls which drains the 3,050-foot, spruce-covered Mt. Harden. What a magnificent way to wake up. 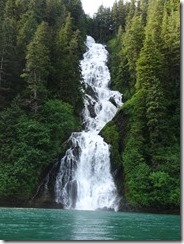 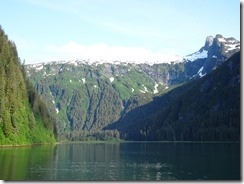 Looming above the other end of the petite bay is the ruggedly beautiful, snow-capped Mt. Radmaker (4,320 feet). The calls of a pair of loons, which we later saw in flight, lend even more atmosphere to the lovely scene. A great start to the voyage! 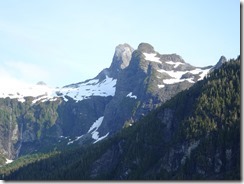 Red Bluff Bay is named for the reddish tinge of some of the manganese and iron-rich tinge of some of the rocks. The water was smooth as glass which made for a very relaxing kayak trip around the 250-foot deep cove past the foot of the dramatic falls and into the very shallow, sandy bottom grasslands at the head of the bay. At this point, we were at the base of the looming, snow-capped Mt. Radmaker and its dozens of seasonal, ribbon-like falls. 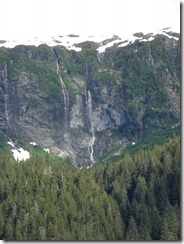 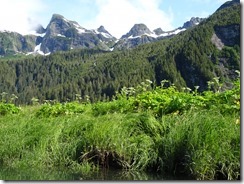 After kayaking through the bay, we took a zodiac cruise through the Bay’s narrow inlet where we ventured out to, but not into the notably rougher Strait. Here we saw the first of wild, free-flight bald eagles of this trip and a peek at a submerging harbor seal. We also saw the rusted machinery remains of one of the many salmon canning factories. Our guide explained that this was all done before companies had to clean up abandoned sites. 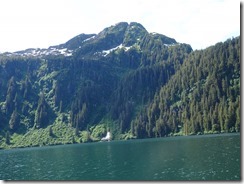 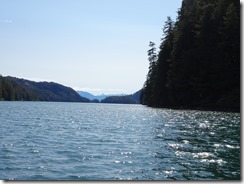 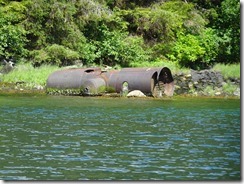 All around us were Sitka spruce trees. These are the largest spruce trees in the world and can grow to over 800 years old. Our guide told us that the Sitka spruce is the only non-animal that has been designated an endangered species. Although we were unable to find confirmation of this online, we did see evidence of impending trouble ahead of the spruce. The warmer winter weather has reduced the amount of snowfall and therefore, the insulating snowpacks that protect the tree’s shallow roots from freezing. Once frozen, the trees will soon die. We saw many examples of dying spruce along the shore.

After reboarding the ship for lunch, we left the bay’s 250-foot deep water. Within 20 minutes, we were back into the Strait. The water depth ranged from 60-feet to more than 350 fathoms (2,100 feet) in a mere 100 yards. Chatham Straits and the main channel of Frederick Sound, which are lined with dramatic snow-covered cliffs, serve as superhighways for marine mammals. 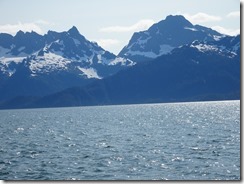 Within a few hours, we passed lots of sea creatures. Several floating sea otters were floating around the water. And about a dozen humpback whales were spouting, skimming along the surface. They were diving to depths that may reach 1,000 feet for periods of up to 45 minutes. Although impressive, whales can dive to reach 2,000 to 3,000 feet. 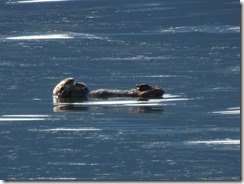 As we fell asleep, our boat was making its way through Frederick Sound to Thomas Bay.