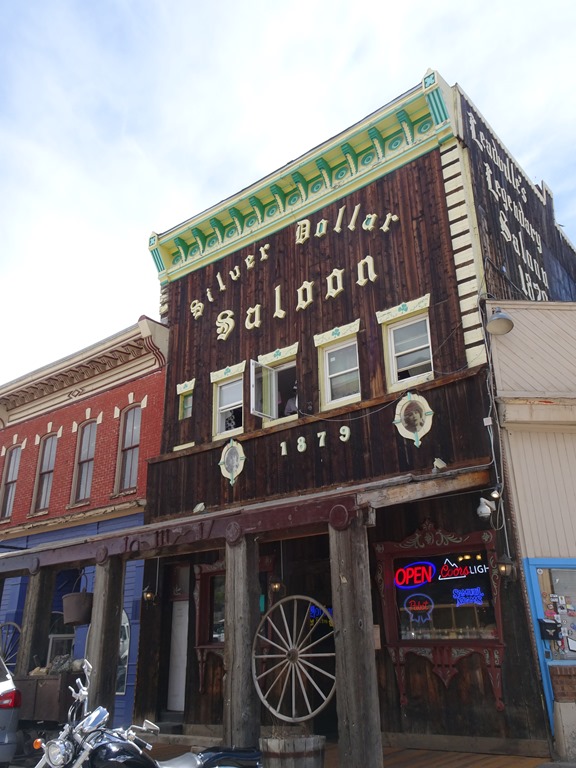 During our recent trip to Colorado, we made stops in 3 smaller cities/towns as we made our way to the Rocky Mountains.

Leadville, the highest incorporated city in the United States and is surrounded by high mountains. It was founded during the 1860 Gold Rush that attracted more than 5,000 miners who found a rich vein of gold there. However, extracting gold from tons of heavy black sand was complex. This prompted most of the miners to abandon the fields and led to a crash. A few of the residents, however, remained. One of those was Hortace Tabor. He recognized that the sand was actually carbonate of lead which contained large amounts of silver from claims that produced up to $100,000 per month (in late 19th century dollars). The region went on to produce about $2 billion of gold, silver, lead, and other minerals over its life.

Tabor made a fortune and recreate a more sustainable city of about 30,000 people. Leadville is a nicely restored city that is now home to about 2,600 people. It has many turn-of-the-century buildings. 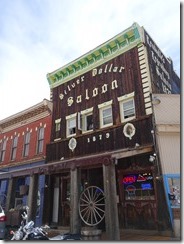 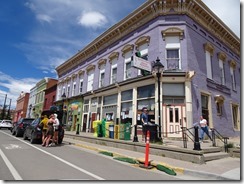 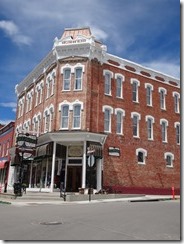 Its interesting National Mining Hall of Fame and Museum tracks the history of mining and mining techniques from the Bronze Age to today and portrays the nature of mining through a series of exhibits.

We made a brief lunch stop at the Tennessee Pass Restaurant. We had a spinach/romaine salad with strawberries, apples, goat cheese, a variety of seeds and berries and an add-on of freshly smoked trout, and a plate of nachos with marinated buffalo meat. Both dishes were acceptable but less than exciting. Tom did enjoy a Bootstrap Lush Puppy IPA with his meal.

An old Western town that grew into a city courtesy of the railroad in 1883, Its hot mineral springs rapidly put the city onto the early 20th-century luxury tourism map where it stayed through Hollywood’s Go

Glenwood Springs is an old Western town that grew into a city courtesy of the railroad in 1883. Its hot mineral springs rapidly put the city into an early 20th-century luxury tourism map where it stayed through Hollywood’s Golden Age. Although it is no longer a high-society gathering spot, the hot springs still draws visitors.

Unfortunately, we were unable to hike our favorite trail there Hanging Lake Trail as we were unable to get a reservation. A lesser-known, but similarly enjoyable activity in the area was when we enjoyed a spelunking cave adventure. We also planned to soak in the mineral springs of Iron Mountain Hot Springs, one of the city’s historic spas that boast 16 separate thermal ponds (each with different temperatures and mineral compositions) and a larger, freshwater family pool. Instead, we found another hiking opportunity. And, since virtually every place we stayed this trip had a hot tub, we were already at serious risk of boiling. So we decided to postpone our Glenwood Springs mineral soak until our next visit.

Winter Park is a  small winter Colorado ski resort town that also offers hiking in the summer. Although the primary scenic attractions are the mountains surrounding Berthold Pass, we discovered another not so scenic, but more tasty attraction: wine.

Although beer is Colorado’s most popular varietal, the state also has a number of wineries. Most are located near Grand Junction, the source of most of the state’s local grapes. Other wineries throughout the state source Grand Junction and especially California fruit. This is true of Winter Park Winery, a small, 1,000-case producer that makes credible wines from grapes sourced from Lodi, CA.

We sampled four wines, enjoying the off-dry 2019 Riesling, the relatively dry (2 brix), high-alcohol (20%) 2016 Grateful Red Port made from syrah, merlot, cabernet sauvignon, and the interesting addition of grappa. Our favorite, however, was the nicely balanced 2017 Grateful Red 50/50 blend of cabernet sauvignon and merlot. All of the reds are aged on multi-year-old neutral Hungarian and French oak barrels and use staves to add more oak character when desired.

Then, to provide somewhat equal time we checked out a local, craft distillery. The Idlewild Spirits Distillery currently distills 23 types of spirits—with one big exception for this region: tequila. (For those wanting this, a few doors away, in the same mall, Pepe Osaka’s Fish Taco Tequila Bar and Grill which offers dozens of infused tequilas and all types of tequila-based drinks. And that does not even begin to consider the town’s three microbreweries. We idled an hour at Idlewild with glasses of the micro-distillery’s strawberry and vanilla-infused vodkas.

Fontenot’s Fresh Seafood & Grill is a Cajun-influenced seafood restaurant. Tom narrowed his selection to one of two of the restaurant’s Cajun dishes, pecan-crusted catfish with bourbon-peach sauce and fried catfish topped with shrimp etouffee and fried shrimp. While his initial cup of gumbo (with the addition of many drops of Tabasco) was fine, he was mistakenly seduced by the fresh broiled grouper with blueberry sauce (what seemed to be lower quality and overcooked). Joyce ordered what sounded like standard steamed mussels in garlic and white wine sauce, but ended up being small, shriveled mussels with a taste that neither of us could identify. The minimal, off-beat wine list (including Kung Fu Girl Riesling) pushed Joyce to a nondescript pinot gris and Tom to a minimally hoppy but pleasant Storm Peak Brewing Co’s Money Tree IPA. It was not a great experience.

We stayed at the Winter Park Chateau. This is a pretty place on a road that is parallel to the main street. Our room (Vail) was large with a large bathroom and king bed and traditional furniture. The main problem was that Winter Park was hot while we were there. While we had several fans (no air conditioner), it did little to cool down the room. The host was very friendly and helpful. Breakfast was served either in our room or on the front porch. We chose to have it delivered to our room. It consisted of a hot egg and tomato custard and fruit. We could have added in a muffin but didn’t need any additional food. If the weather had been cooler, this would be a good place to stay.