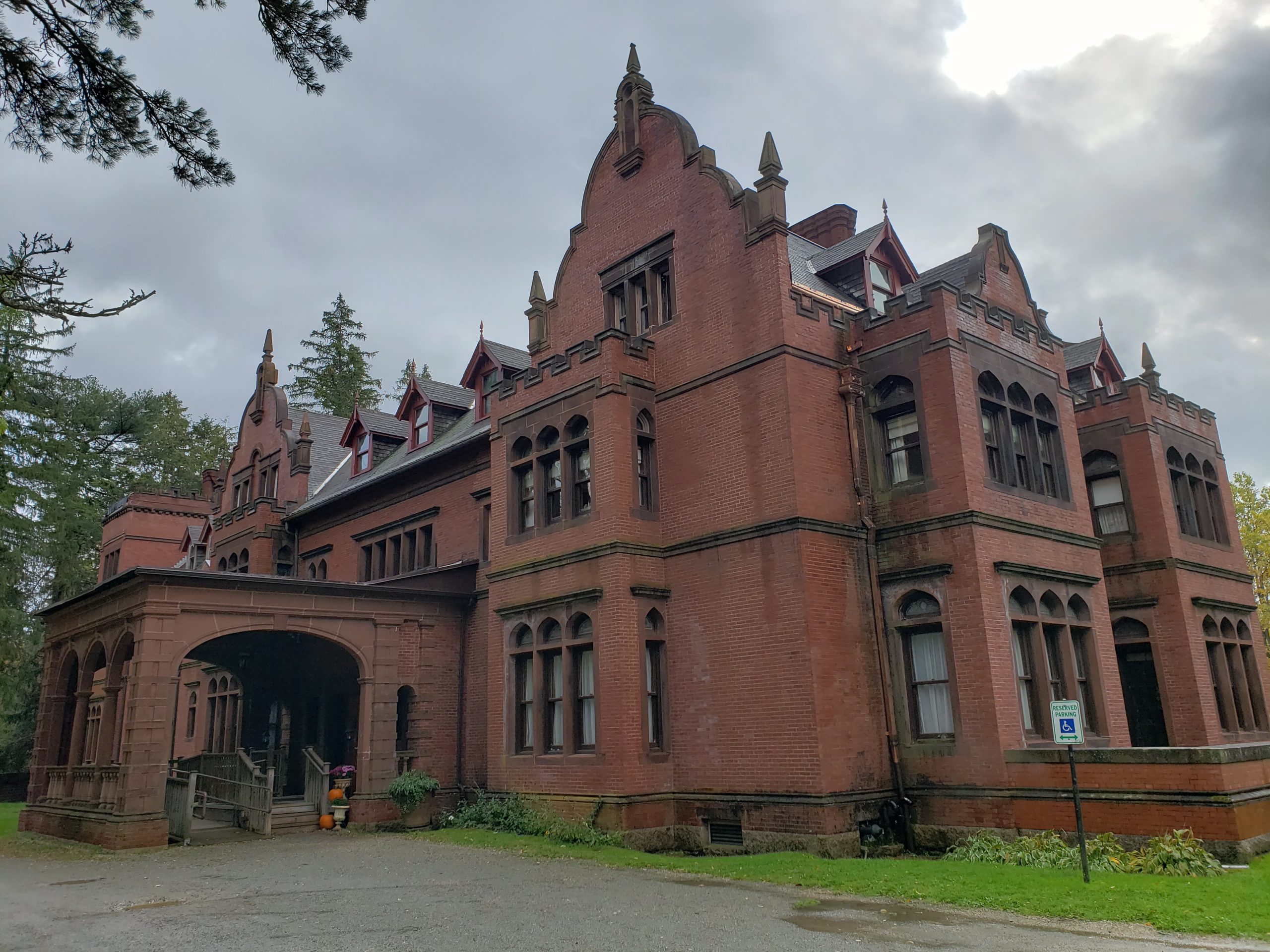 Santa Barbara is a lovely, historic city on California’s Central Coast region. It has a growing number of interesting boutique wineries/tasting rooms in the “Funk District” and tasting rooms of some of our favorites Santa Rita Hills and Santa Maria Valley wineries. That is more than enough incentive to return to one of our favorite small cities. And this doesn’t even begin to account for the city’s restaurants, fresh seafood.

We divided our time in the city among restaurants, walks through the historic district, and of course, many wine tastings.

Santa Barbara is in The California Central Coast Wine region. The city has many tasting rooms and wineries that address all of the grape varietals grown in the area. These include, but are not limited to Burgundian, Bordeaux, Rhone, and all types of Mediterranean grapes. The AVA itself consists of 8 regions: 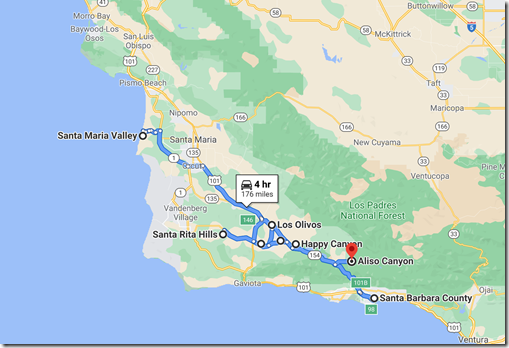 We sampled wines from many of these varietals on our stop in Paso Robles. On this stop, we focused on Burgundian-style wines—and especially Pinot Noir. Many wineries have tasting rooms were along State Street and in the Funk Zone. Examples include:

State Street. Much of the city’s history and many of its scenic and historic sites radiate out from around State Street, Santa Barbara’s main street. The street stretches down to the coast and extends onto a long pedestrian pier. It houses many of its most historic, adobe-style buildings, boutique stores, restaurants, bars, and wine tasting rooms. And to maximize the number of shops that can boast a State Street address, several store-lined Paseos run off the street. State Street has also undergone a major recent change—the entire commercial length of the street has been converted into a pedestrian mall. On some of the blocks, pandemic-initiated parklet restaurant seating spaces stretch out from the sidewalks into the streets. Although we could only judge from two weekend days and evenings, it appears that patrons have whole-heartedly embraced the approach—especially on the first few blocks up from the waterfront. 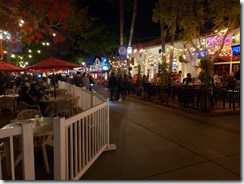 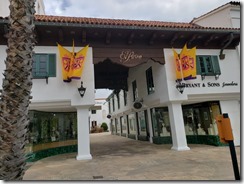 Historic District. The city also values and protects its history. Santa Barbara was initially colonized by Spanish missionaries, and later in the 18th century, troops. The last of the Spanish missions to be built in Alta California (New California), it housed about 50 soldiers and their families until Spain withdrew following the 1821 Mexican war of independence. American troops took over in 1846. A number of the buildings and parts of the protective walls have been restored. Yet the visitor center and the interiors were closed due to the pandemic.

So too, unfortunately, was the beautiful 1929 Spanish Moorish Santa Barbara courthouse with its bell tower and internal mural for which it is best known. Its pretty lawns and gardens, of course, remain open to visitors. 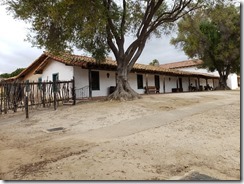 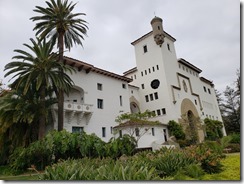 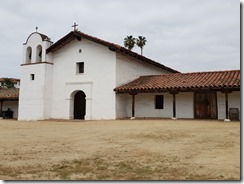 Funk Zone. And then there’s the increasingly hip Funk Zone, so-named for the “aromas” of fermenting and aging wine and beer. The several square block area, which used to be home to light manufacturing. However, warehouses are being rapidly converted into an entertainment district. Small wineries that can’t justify State Street rents, breweries, galleries, and large outside seating areas that used to alleyways that were dedicated to parking and shipping. 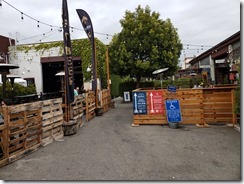