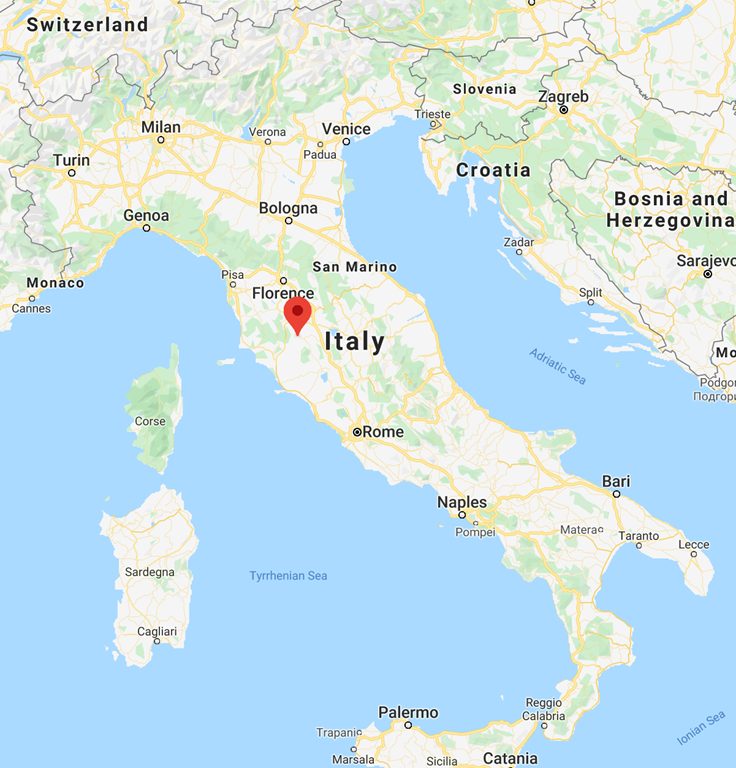 Montalcino is a pretty medieval town in Italy’s Sienna providence. This area is the warmest and driest of Tuscan wine-growing regions. It is mostly known for Brunello wines, and is normally associated with high-quality Brunello di Montalcino wines. 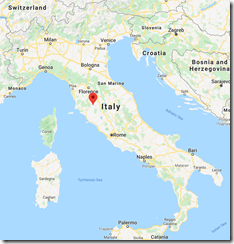 The area has multiple terroirs and microclimates of different elevations and orientations.

The traditional way to age the wine is in large, Slovenian oak “bottes”. The limited oak contact produces wine with dried fruit and leather tastes. The more modern approach is to use smaller French oak “barriques”. This imparts more oak and darker fruit, chocolaty and vanilla flavors into the wines. Wines produced in smaller barriques can generally can be drunken younger than those produced in bottes.

Brunello di Montalcino is made exclusively from a type of Sangiovese grape (Sangiovese Grosso). This varietal has thicker skins and produces wines with bolder fruit flavors, higher tannin and more acidity than other premium Sangiovese-based Tuscan wines such as Chianti Classico and Vino Nobile di Montepulciano. These tannins and acidity permit long aging of the wines. The result is a wine that integrate, soften and adds complexity and subtlety to the rather astringent, fruity taste of many young Brunellos.

Brunello di Montalcino “normale” wines is aged a minimum of five years (at least two years in oak barrels). The more expensive “Riserva” wines are aged at least six years. Riserva wines are produced only in the best years.

Moscadello di Montalcino uses 100% white moscato (or muscat) grapes. It may be still, sparkling or late harvest. The still and sparkling should be consumed young. The late harvest can be held longer.  It can be sold after Jan 1 of the second year after the harvest.

Sant’Antimo is a relatively new appellation in the area that allows various grape varietals. It encompasses red and white wines and Vino Santo. While winemakers may use Sangiovese, they also generally use Cabernet Sauvignon, Merlot and Pinot Nero for red wines. White wines use Chardonnay, Sauvignon Blanc and Pinot Grigio. Vin Santo is also under this DOC.

We recently attended a tasting of Montalcino wines that allowed us to try some of the region’s most celebrated large and small producers. Some of the wines were from 2018, which was not one of the area’s best years. Heavy spring rain was followed by an early, dry hot summer. Still we tasted a number of quite credible 2018 Rosso di Montalcinos. We also got to try some earlier Brunello vintages, such as 2013 and 2014.

Among our favorites were: