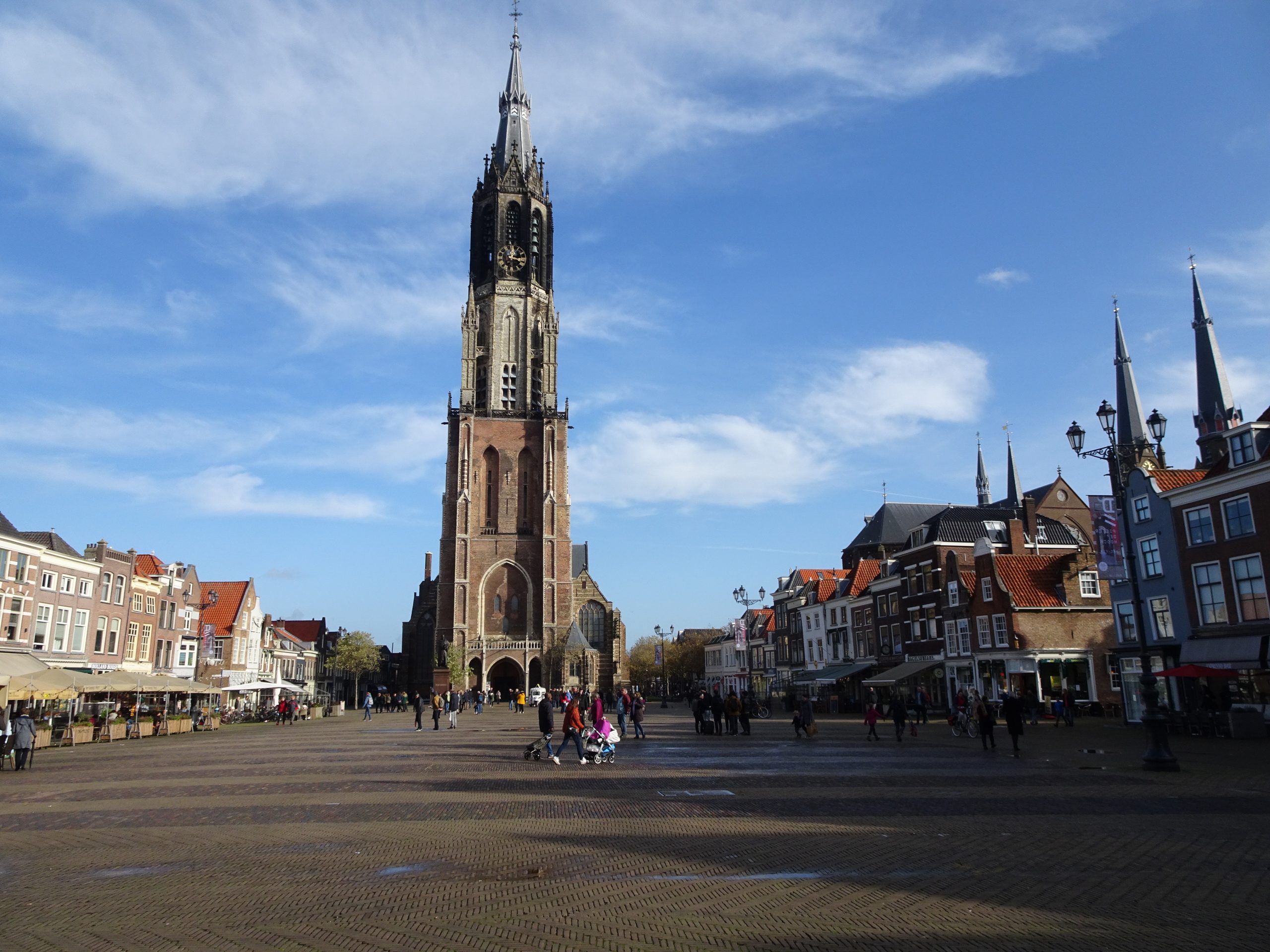 It was a typical peaceful October day in a typical Middle Age town. The weavers, the blacksmiths, the merchants, and the brewers were all going about their business inside the Delft city walls. The farmers were tending their crops and their cattle outside. Then came the explosion. An accidental spark set off a 30-ton cache of gunpowder in 1654 that leveled one-third of the town and killed more than 200 people.

While the city eventually recovered from the catastrophe, it still looks like a very copacetic, idealized, Hollywood image of a tranquil Middle Age town, with some Renaissance touches tossed in for effect. Its weathered, 15th-to 17th-century buildings, its city gate (minus the walls that used to surround it), its church, town hall, and convent, are all laid out along tree-shaded canals. 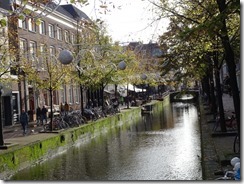 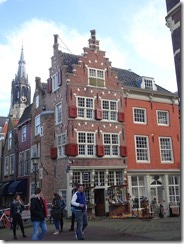 But it’s not the Middle Ages or even the Renaissance. Current Delft is a picture-postcard (remember those?) perfect town that was the site of several events:

We explored the town, soaking in the ambiance and exploring sights. Some of the high points were: 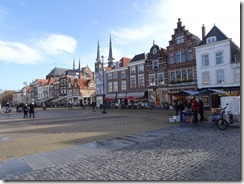 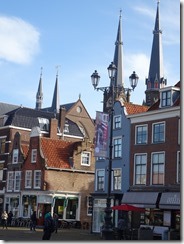 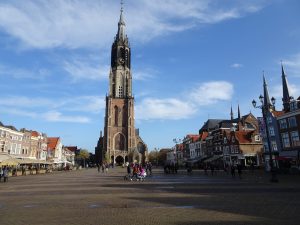 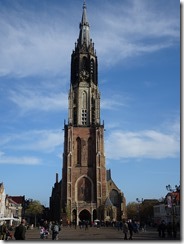 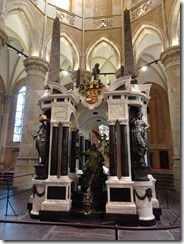 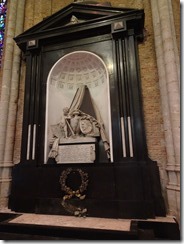 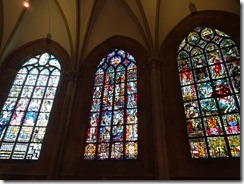 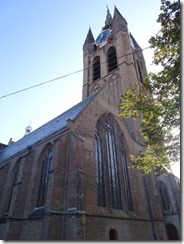 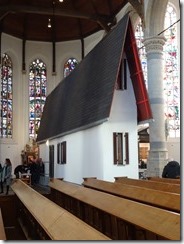 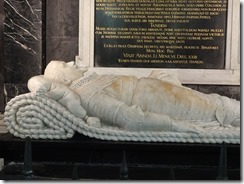 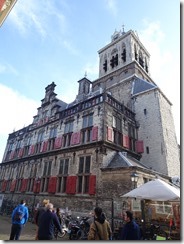 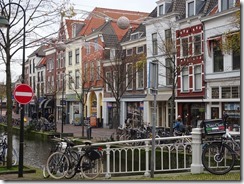 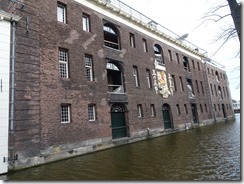 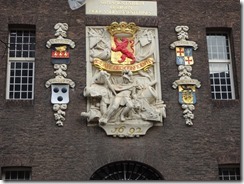 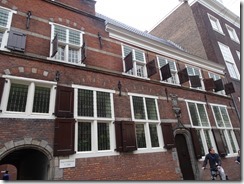 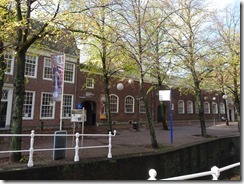 Although we hoped to tour the Royal Delft Factory and its museum, the timing didn’t work out. We settled for an exploration of one of the few Delftware stores in the city, with its wide range of products and into staggering prices. And who could resist sitting in a Dutch shoe. 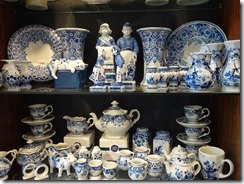 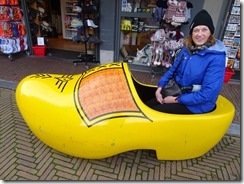 And as luck would have it, we found some stores sampling Dutch cheeses, where, of no surprise, our tastes ran to the extra-aged cheeses, particularly goat and cow.

The main square in Delft is filled with restaurants. After looking at numerous menus, we stopped at Van 9 tot Zeven. Although the food took some time to be delivered to our table, we had three satisfactory dishes: chicken satay and meatball and mushroom sandwich (both with salads) and a sampling of the local “poffertjes”, called Dutch pancakes (more like fried donuts) topped with powdered sugar, whipped cream and strawberries. While the poffertjes were not our style, we had to try them. at least once.