We lived in Chicago for 5 years a long time ago and always loved going to Chicago’s summertime art fairs, and visiting museums and galleries. We recently had a return trip to Chicago.

We arranged our trip largely to accommodate two of the city’s oldest and best juried art fairs plus a couple other fairs that just happened to fall on the same weekends.

The Old Town Art Fair, a 70-year tradition, was the first juried art fair we ever attended and was the first art fair at which we ever bought art. It is also help in one of the city’s prettiest neighborhood. Aside from its nostalgic value, we wanted to return at it generally attracts artists from across the Eastern U.S. and also provides an opportunity to see some of the lovely neighborhood’s houses and gardens. While we can’t recreate artist names or most of the techniques, we did particularly like one artist’s partially-painted sculptures of contemplative people in unusual positions and the delicate figures carved on granite, marble and limestone panels.

The Wells Street Art Fair is a 45-year old show that is on the same weekend as the Old Town Art Fair. It is located just a few blocks from the Old Town Fair as something of a tag-along. While it has many more exhibits of the type of “populist art” (crafts, clothes, Chicago landmarks, prints of wine bottles, etc.) than Old Town, it did have some interesting exhibits. Among those we found to be most interesting were microscopy photos of food ingredients from our daily lives and copper plates in which abstract, multi-colored designs were created by applying different levels of heat.

The Gold Coast Art Fair has been one of the city’s largest annual art fairs, with more than 300 artists. When we originally saw the website, and validation in a Tribune calendar, we assumed that the fair would take in Grant Park on the same weekend.  Once in Chicago, we saw different dates on different sites. The sponsoring company’s site displayed no date at all. When we showed up at the appointed place, the park was decked out for a Pokeman Go festival, complete with imaginary landscapes and masses of gamers, all of whom were being temporarily evacuated from the park in anticipation of severe weather which, luckily did not materialize. The self-proclaimed “granddaddy” of Chicago art fairs, however, was nowhere to be found.

The Art Institute of Chicago is one of our favorite U.S. Art museum. Since we have written so much about the museum in so many previous posts (activeboomeradventures.com/2012/05/31/our-art-institute-of-chicago-our-favorite-american-art-museum/, activeboomeradventures.com/2012/05/31/roy-lichtenstein-at-the-art-institute-of-chicago/, activeboomeradventures.com/2016/06/06/chicago-illinois/) , we will limit ourselves to some particularly noteworthy new additions and to a couple of its particularly interesting temporary exhibitions. A relaxed tour through the Modern and Contemporary galleries yielded a few fun surprises, including Jeff Koon’s fun snorkel in a woman’s bathtub, Claus Oldenburg’s hard and soft light switches and a number of Cindy Sherman self-photographs. 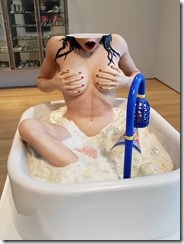 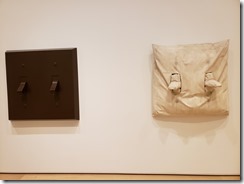 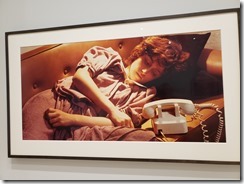 Among the most interesting of the temporary exhibits were: 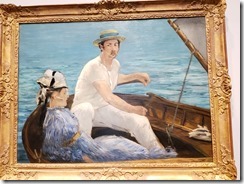 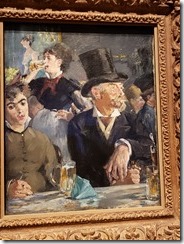 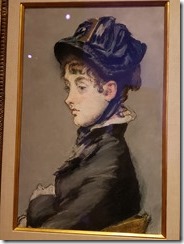 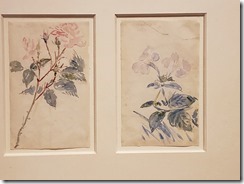 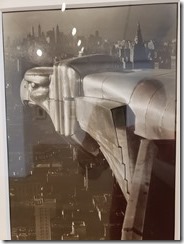 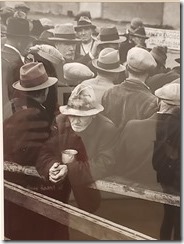 Although a number of the River North art center’s galleries have since moved to less expensive neighborhoods, such as Chicago Avenue and the West Loop, several do remain. We explored most of them, finding particularly interesting (although not necessarily affordable) works at galleries including

A venture into Michigan Avenue’s huge Artspace 8 Gallery yielded a number of rewards, including some of Fidel Rodriguez’ numerology paintings and especially Li Hu’s commentaries on Chinese policies, society and economics, such as with his “Empty City” and huge “Migration” oil paintings.