Continuing our trip on Michigan’s Upper Peninsula, we made a stop in the tiny, roughly 200-person town; a visit to Fayette Historic State Park in Garden Michigan.

The Fayette Historic State Park is a former factory surrounding Snail Shell Harbor and contains over 20 historic buildings. Jackson Iron Company built it to house the 500-person (about half of whom were children) immigrant workers and their families. Built in 1867, the factory produced charcoal pig-iron—a total of 230 thousand tons from its opening through its closing in 1891. 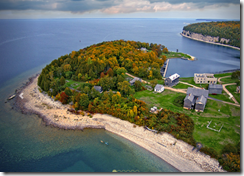 The largest building, as would be expected, is the factory. It contained an example of the charcoal kilns, of which there were roughly 80 at the factory and in the nearby area (some owned by the company, others by third-party suppliers). It also contained a large blast furnaces in which the pig iron was made. Panels describe the process, from the making of the charcoal, to the mixing of iron ore (which provided the iron content), the charcoal (which provided the furnace’s heat) and limestone (which, when heated, chemically bonded with the ore’s impurities and rising to the top of the molten iron as slag). 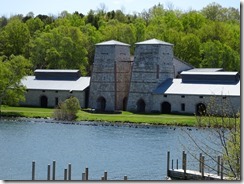 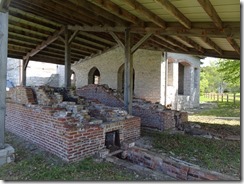 Other factory buildings included machine and carpentry shops, models of the superintendent and payroll offices and so forth.

Since many of the supplies arrived, and most of the iron was shipped by sea, the town had roughly 900 feet of docks (some of which have been rebuilt. The crowded harbor also provided shipping for neighboring businesses, including lumber products (such as railroad ties and telegraph poles) and agricultural products (especially wheat and other grains).

The company town also had a town hall, church and many other services ranging from general stores, barbers, doctors, veterinarians, schoolteachers, taverns and even an art gallery and life insurance agency. Since the company owned all the buildings and offered the services, the service providers were either employed by or leased space from the company. The town was also serviced by traveling merchants, pastors and priests and local farmers and fisherman who sold goods to the residents. 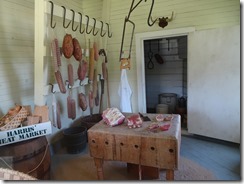 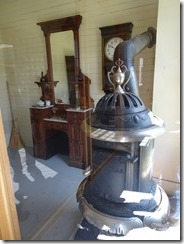 Speaking of the residents, each also needed a place to live. The community, therefore, had many different levels of living for different “class”. These included: 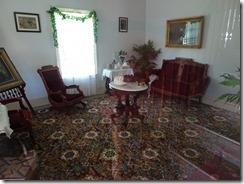 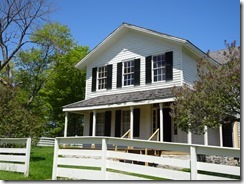 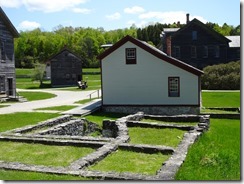 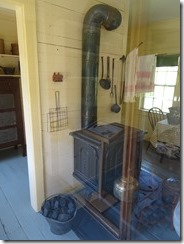 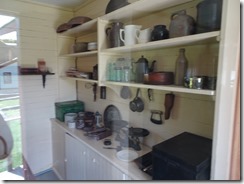 Visitors, meanwhile, would stay in the company-owned Sheldon House Hotel where rooms ranged from 10 cent per night dormitory beds or 20 cent per night doubles for workers, to $1.50 to $2.00 for private rooms with hot running water, to luxurious suites for corporate executives. 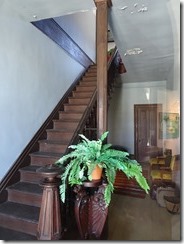 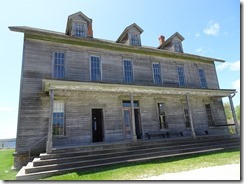 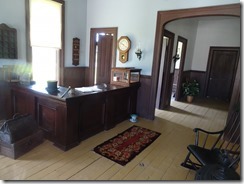 Displays portrayed the lives of each type of family, what was entailed in different jobs and the types of tools used for each. 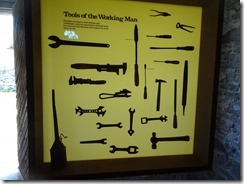