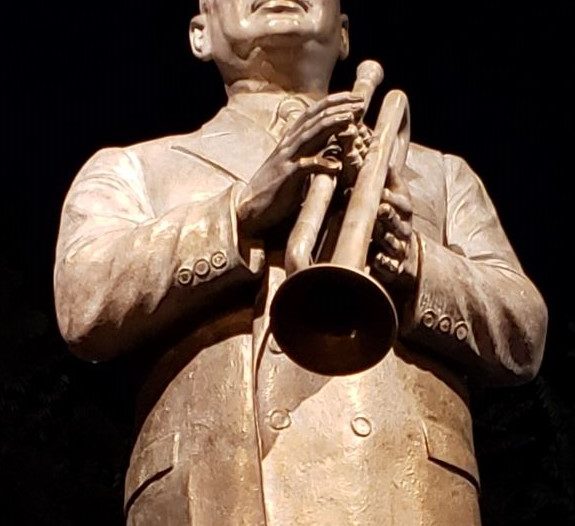 We started dinner with two missteps:

The reordered halibut dish, by contrast, was wonderful as was our other entrée, falafel-crusted lamb chops with tzatziki, lemon couscous and lamb sweetbreads. These with a bottle of 2016 etienne becheras Croz Hermitage.

Not surprisingly, Flight specializes in flights of small plates, desserts, wine, bourbon and dessert wine. Although pre-defined flights of three in each category offer significant discounts, our tastes ran outside the prescribed norms. We ordered multiple dishes including softshell crab meunier with andouille, shrimp and grits, grouper with mango salad, seared foie gras with raspberry syrup, quail with andouille and cornbread stuffing and tasso ham gravy. We enjoying most of these and a very reasonably priced bottle of 2016 Clark & Telephone pinot noir.

Pearl’s specializes in seafood, and especially, as one may guess, anything to do with oysters. Fried oysters came with onion strings (which helped disguise how few and small the oysters actually are) and remoulade sauce. Crab cakes with remoulade were larger with moderate amounts of filler. Seafood gumbo had no discernible seafood, two small bits of andouille and lots of rice. Oysters Bienville had decent-sized oysters topped with shrimp and mushrooms and quite a bit of creamy Parmesan sauce. Fast, inexpensive and filling. Certainly not memorable, but not especially disappointing either.

Central is one of the city’s premier barbecue spots. We ordered a rack of ribs  on which Joyce used plain tomato-based sauce, and Tom used the hot (but not very hot) version. Our verdict placed this BBQ joint near the bottom of our Tennessee Rib experiences. The ribs were dried out and had little meat on the bones.

Although we were initially turned off by the cover charge, B.B. King’s Blues Club became our primary Blues venue, where we had listened to a number of sets and drank a number of wines (Joyce) and IPAs and bourbons (Tom). For our last meal, we decided to have some food with our music. Since we couldn’t handle more ribs, and could not end our visit with anything healthy, we chose nachos with pulled pork, barbecue sauce, jalapeno, green onions, sour cream and salsa—which were quite good.