Bath Maine has been a shipbuilding powerhouse literally from its 17th-century founding, making small pinnaces and large 6-mast schooners, through clipper ships, WWI and WWII naval ships to present-day destroyers. It also has a lovely historic downtown and a wonderful Maritime Museum. Although we didn’t visit it on this trip, here is a report of this wonderful museum, which provides a compelling history of Maine’s and especially Bath’s important role in the country’s sailing and naval history.

The Bath area, along the Kennebec River, was one of the largest shipbuilding areas in the country during the mid-to-late 1800s. At its peak, the region housed 230 shipyards which, combined, built more than 4,700 schooners, more than any other state. These ranged from the early two-masted ships of the 1850s, to Clipper Shops, to the huge, six-masted ships. The largest of these, the Wyoming, was the biggest wooden vessel ever built in the U.S.–325 feet in length (444 to the end of its bowsprit with 177-foot masts and a draft of 27.5 feet, with a full load of 6,000 tons). 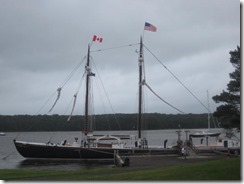 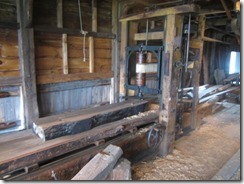 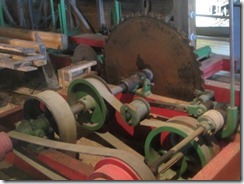 The exhibits, most of which were in buildings that originally housed different aspects of the shim along the process, were comprehensive and informative. The sculpture that represents the full size of the huge Wyoming–on the very spot it was built–is extraordinarily impressive. The most interesting part of our visit, however, was an introductory tour. We learned:

Overall, it was an impressive museum and a fascinating visit.