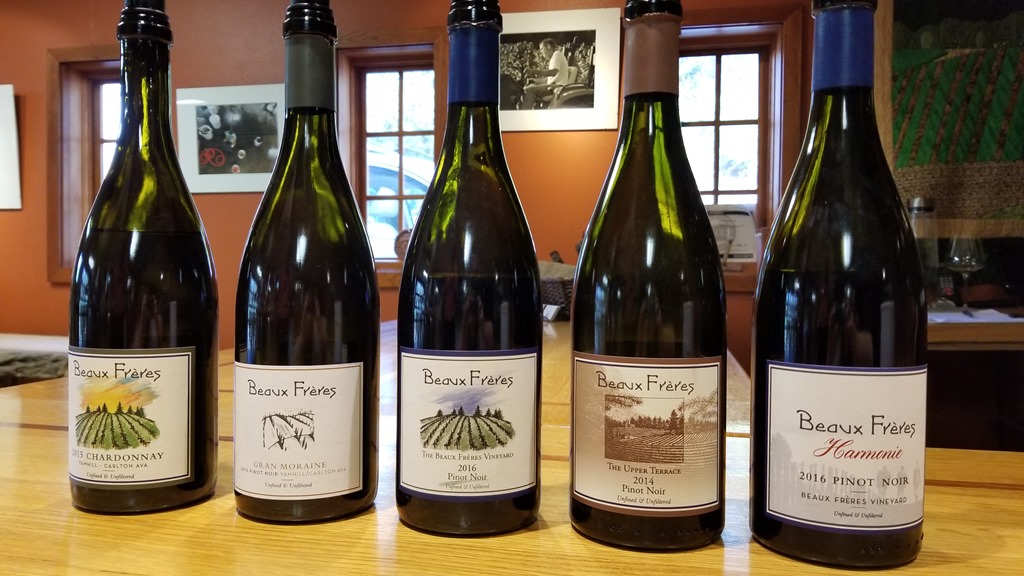 We generally love the wonderful wines that come from Willamette Valley. This Oregon valley is protected from the east by the Cascade Mountains, from the west by the Coast Range mountains and from the north by hills, all of which makes it perfect for cool climate grapes. It is Oregon’s largest grape growing region and is best known for its Pinot Noirs. It also produces Chardonnay, Pinot Gris and Rieslings among others.Willamette Valley has multiple AVAs, including:

Our last visit to this area was several years ago, where we found a lot of very interesting wines. Here are the wineries and wines we particularly enjoyed on this trip–especially some of Willamette’s deeply extracted, earthy, dark fruit pinots (which tend to be our favorite). And yes, we really did visit all of these wineries!

We also visited a number of other wineries that were either recommended to us or whose wines we particularly enjoyed at IPNC. Among our favorites of these were:

And these lists do not even include the relative handful of wineries whose wines did not quite match our tastes. Nor does it include the many very nice Willamette pinots that we enjoyed in restaurants, from the moment we arrived in Oregon through our last dinner. Among our favorites of these were:

In fact, we enjoyed so many of the Willamette wines that we tasted that we couldn’t control ourselves. We ended up packing our car with great wines that we plan to drink over the next few years .