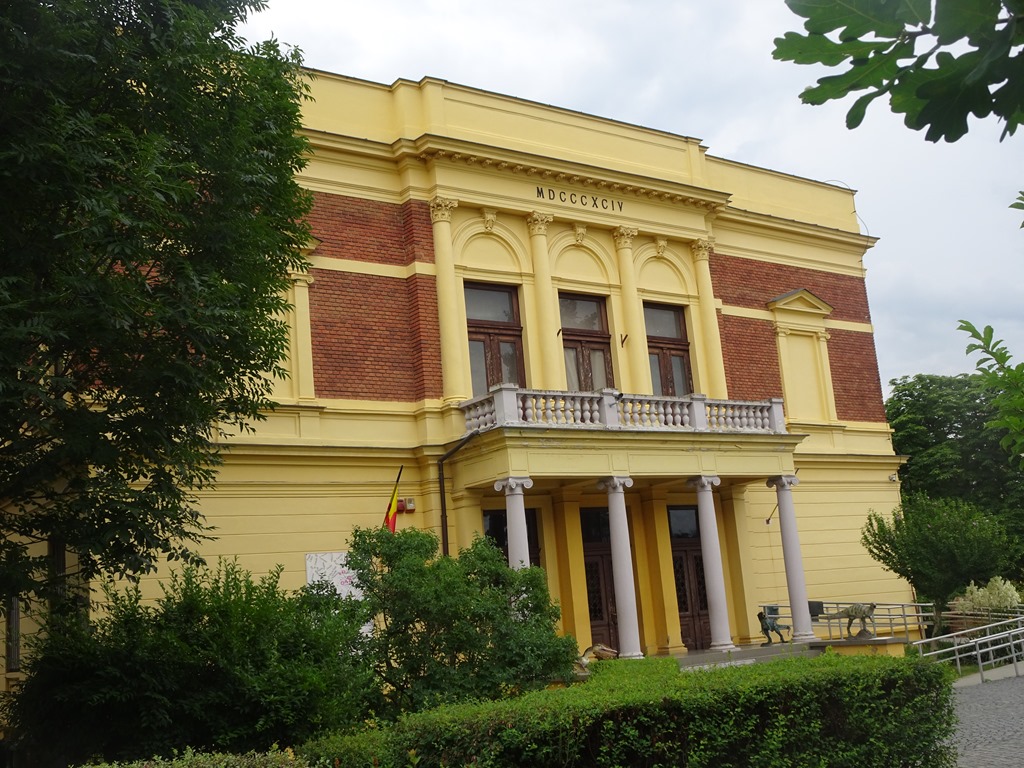 Sibiu Romania is a town founded in the late 12th century by Saxon settlers, It has a wall built atop fortifications initially constructed in 1241 to protect the town from Tartar attacks. The town grew into prosperous commercial, crafts and eventually glass blowing center. In fact, as evidenced by its Guild House and the fortification towers built by its carpenters, potters and blacksmiths guilds, it was one of the first European cities to create crafts guilds.

Its fortifications grew with the town. By the 15th century, it was one of the most strongly fortified of the Transylvanian cities and by the 18th century, it had some of the most impressive palaces and cathedrals, especially the: 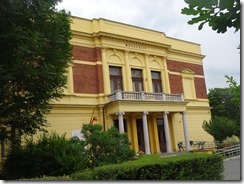 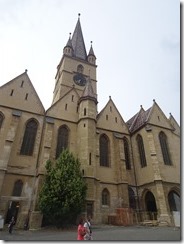 Most of the rest of Old Town is on a smaller scale but is no less lovely. Hundreds of Medieval-era houses with steeped roofs and charming eye-brow-like ventilation outlets, line narrow streets that lead to open squares that are surrounded by churches, mansions and other larger, historic buildings. 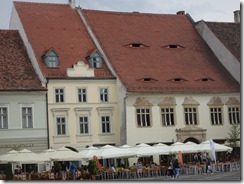 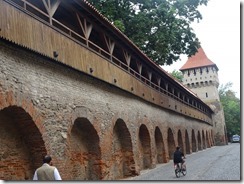 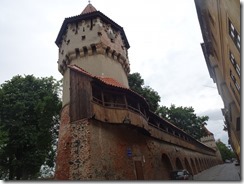 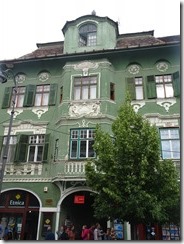 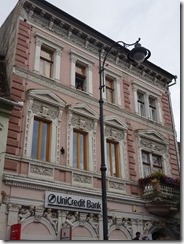 The city center, in fact, consists largely of four interconnected squares, each of which blend into each other and are lined with outdoor café. On the day we were there, each of the squares were had stages, family-friendly events or street performers in anticipation of a theater festival. We, in fact, wandered into, and were invited to join a block party, just off main Plata Mare square, in anticipation of next-years EEU City of Culture Celebrations. 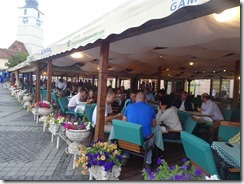 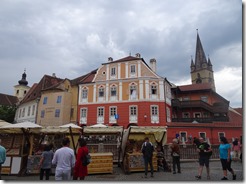 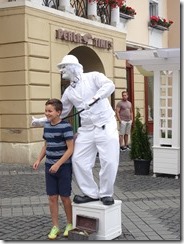 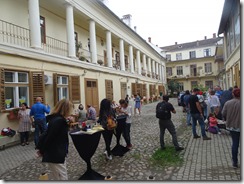 Kulinarium. A restaurant in Piata Mica, the smallest of the city’s interconnected center-city square where we just needed a break from the Rumanian and Bulgarian foods on which we have subsisted for the last week and a half. It was time to harken back to the Italy segment of our trip with a pizza—this a Calabria with tomato sauce, mozzarella, ham, bacon, mushrooms, egg and olive. Not quite gourmet, but it hit the spot. But to maintain some semblance of Romanian dining, we had the pizza with a bottle of Romanian wine, a 2013 Lacerta Merlot Reserve from Crama Lacerta in the country’s Dealu Mare wine region. And to finish off on a Romanian vein, we ended with one of the national desserts; Papanasi, or boiled dumplings coated in semolina and covered in cream and blueberry jam, Although the dumplings were somewhat on the heavy side for our taste, we did enjoy small slices of dumpling with the other components of the dish

Casa Luxemburg is In a great location right in old town. This is an old building and hence they could not put air conditioning in it. We had a corner room and had a good cross breeze as we could open up 5 sets of windows. We suspect some of the other rooms might not have been as lucky. One of a main square was just below us. If noise bothers you, you will not be happy, but we were fine. They also gave you a fan. If it were really hot, this would defiantly be an issue. The lack of air conditioning was not the only issue here. You also had to walk up 2 flights of stairs to our room (no elevator and no offer of help with luggage). The staff did their jobs and that was it. After so many places of staff going out of their way to help, this staff was a C-…probably the worst we ran into during 9 weeks of travel. This is a 3 of 5 star hotel at best.