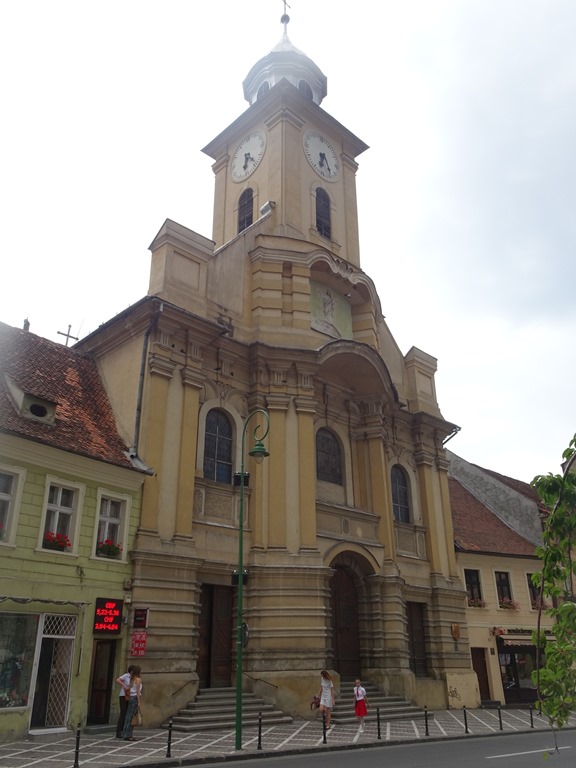 Although we have been to many eastern European countries, we have never been to Bulgaria. Our first visit to this former East Bloc country was a very short one; a total of two days

But before we talk about Sofia, let’s set the history stage. Bulgaria, like most southeast European countries, has a long history. It was first settled about 7,500 years ago in Neolithic times and began to divide into tribal fiefdoms about 3,000 years ago. Then came the Eastern, or Byzantine branch of the Roman Empire (about 50 A.D.) All through and after these periods, the country absorbed countless tribes from other Slavic areas, and by 681 A.D. they had all congealed into a single Bulgarian nation that gradually expanded almost to Constantinople by the end of the 10th century.

This expansion, however, was halted and immediately reversed by the Ottomans who conquered and ruled Bulgaria for over 500 years, from about 1390 through 1877, when Russia helped the long-suppressed country regain its independence. This independence, however, was quickly followed by a number of ill-conceived wars (as with Serbia and Greece) and alliances (initially with Germany and then, in desperation, trying to switch to Russia) during WWII.

We all know how that ended up; with Bulgaria as part of the Soviet Bloc for the next 45 years. But even when it regained its independence, things went from bad to worse with an economic collapse that ended only a couple of decades ago. The country now hopes for better times after its 2007 admission into the European Union.

OK, enough history. On to Sofia

Sofia Bulgaria is a city of about 1 million residents. This capital city is mostly about religion: its Cathedral, its Byzantine churches, its synagogue, its Russian Orthodox churches, its churches that were converted into mosques and then back into churches and outside the city, its monasteries.

And even if you don’t look to these institutions for religion, they represent much of the city’s history and its architectural diversity, either exemplifying, or more typically integrating influences from styles ranging from Roman to Byzantine, Ottoman to Russian Orthodox, and Jewish to Art Nouveau. And then you can throw in a bit of monumental, drab grayish-brown Russian Communist influence for flavor.

These and many other forms of diversity are tied together in some of the city’s museums, such as those dedicated to archaeology, natural history, and art.

Not surprisingly, our tour of Sofia began, and for the most part, ended our exploration of the city at its religious institutions.

Among the highlights were the: Although we may make it sound like the entire look-and-feel of the city resides in its churches, this, of course, is not entirely the case. Other than for the moderately irregular angles of the streets in Sofia’s public gardens, almost all the central city’s streets are laid out on a grid. This provides something of an enforced regularity on the feel of this city and makes it feel somewhat newer than its buildings may otherwise appear.

There are, however, some structures and features that provide a degree of diversity other than that among its grand churches. Among its more secular attractions are its: 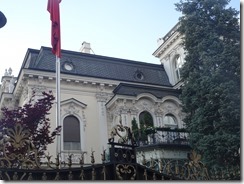 The city also has a number of what appeared like they could be interesting museums including those of Art, Ethnography, Archeology, Bulgarian History and Socialist Art. Unfortunately, we had only one day in the city—a Monday, when all the museums were closed.

Grozd. We don’t know whether it was a representative introduction to Bulgarian food and service, but it certainly wasn’t a good one. Our concierge highly recommended Grozd as an introduction to Bulgarian food and we found a number of interesting dishes on the menu. Our experience began when our server (with whom we had both language and communication problems) told us they were out of the wine that we ordered and pushed us to accept another from a different region and with different varietals than we originally requested. We eventually relented and reluctantly agreed to the wine, a 2016 Nota Bene (a blend of merlot, malbec, and syrah) from Medelidare Estate. The wine was fine and so was our first course (a sampling of local sausages). Given language issues, we were unable to effectively ask or understand which sausages were which, but that was our issue since we didn’t speak the local language.

Our big problem, however, was the server’s issue: Despite numerous, polite requests, he kept saying that our next course would arrive in 5 minutes, and then two minutes. It finally arrived an hour after we finished our appetizer. In fact, he was just coming out of the kitchen with our food as we were about to tell him the cancel the order.

The food was certainly not worth the wait. On the positive side, the porcini sauce with Tom’s veal scallop, and both of our potatoes (mashed and roasted slices) were quite good. Tom’s veal scallop, meanwhile, was so overcooked as to be virtually inedible. Joyce’s veal meatballs, on the other hand, were almost raw. After a few bites, we left our food and asked for the check. With full plates and no questions about the meal from our server, we paid and left.

Made in Home, is a popular spot for contemporary takes on traditional Bulgarian dishes. We began with cold yogurt soup with chopped walnuts, sunflower seeds, and celery, followed by two main dishes: Black Sea mussels steamed in white wine, garlic, celery, and onions; and lamb/beef kebabs with cucumber, pepper, onion, and mint salad, tahini sauce, and pita. All were quite good.

InterContinental Hotels was right in the middle of all of the main tourist attractions. It was a very nice hotel, with very comfortable linens and pillows. Bathrobe, slippers, hot pot, Kleenex, and washcloths. Incredible concierge. The only negative is when we asked at the front desk if we could use euros in stores and restaurants, we were told no. Wrong. You don’t get the best rate, but it works if you run out of the local currency. All in all, a great place to stay