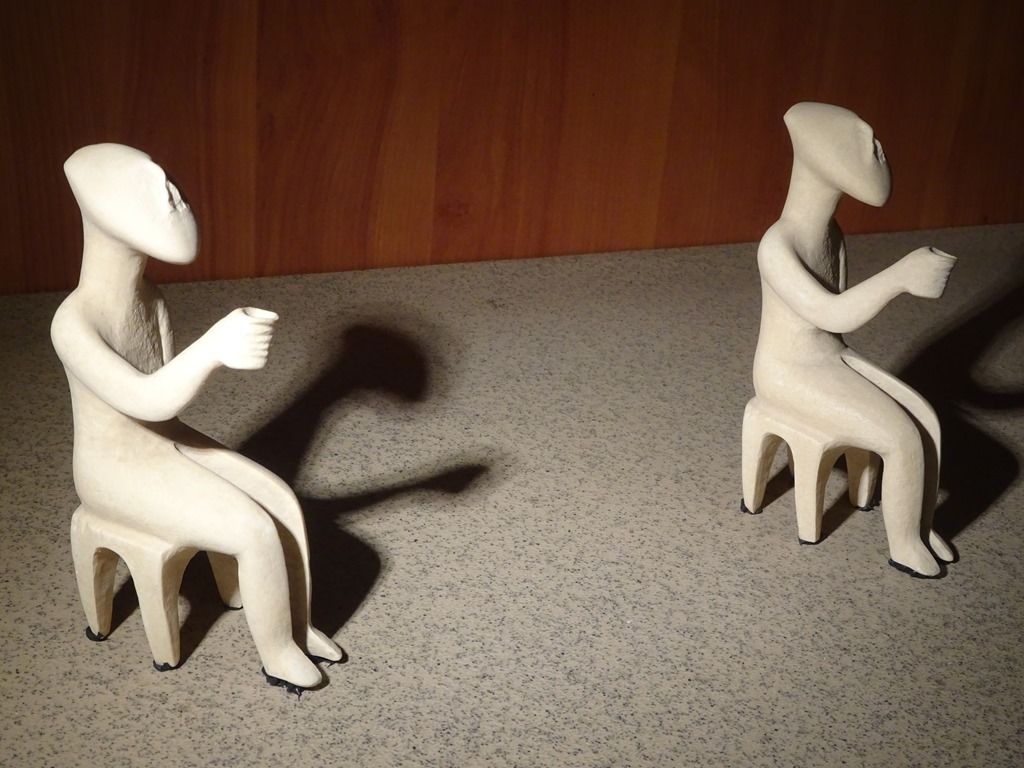 While we flew to Crete, we took ferries to, through and then from the Cyclades back to mainland Greece. While the ferry from Heraklion Crete to Santorini was rather nondescript and uneventful, the fast ferry from Santorini to Mykonos had something of a mini-museum of the type of Greek pottery and especially the Cycladic art that we so admired at Athens’ National Archeological Museum: the idealized figures with generally triangular, vaguely impressionistic faces and folded arms, the violin-like shapes and so forth. 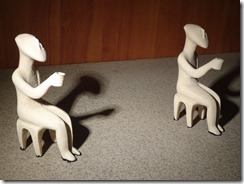 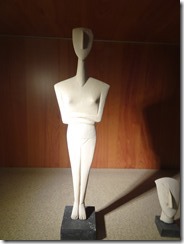 This ferry stopped at two island ports on the way to Mykonos: 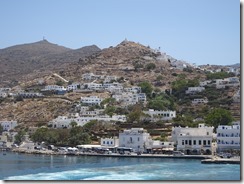 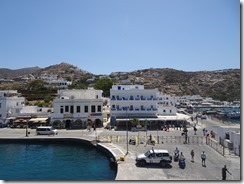 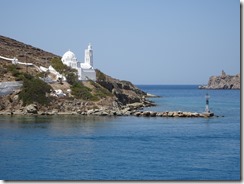 The fast ferry from Mykonis to Rafina, on mainland Greece, had a micro-museum with one large Cycladic sculpture. We, of course, passed many islands; large and small, populated and unpopulated, some barren and others covered with various types of grasses, shrubs and crops (a few of which are even green). We stopped at two other islands before reaching its destination: 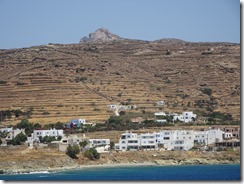 Rafina, our destination for the final Greek leg of our trip, was a small port town on the east coast of the mainland. This was the ferry destination closest to the Athens airport, where we would fly out of the next day. With little to go on other than a few cursory Yelp reviews (which are generally written by tourists), we explored the long string of seafood restaurants that line the harbor in search of one that was both associated with one of the fish markets that displayed their fish and that was also frequented primarily by locals, rather than by tourists. We made our choice and took our chances. 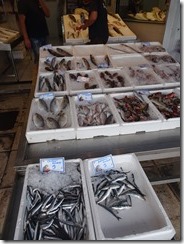 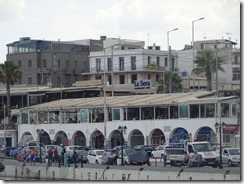 Okajlos Milos, where we shared a tomato-filled Greek salad and then each had a whole, grilled gilthead seabream with olive oil, lemon and salt and pepper: delicious. Although the restaurant had only one white wine (which you order and pay for by the kilo), it was worked for us. So too did the watermelon they served for dessert, although I (if not necessarily Joyce) was somewhat disappointed that they did not also give us a carafe of Raki.

From there, it was to the Athens airport Sofitel hotel in preparation for a morning flight to our next country, Bulgaria.