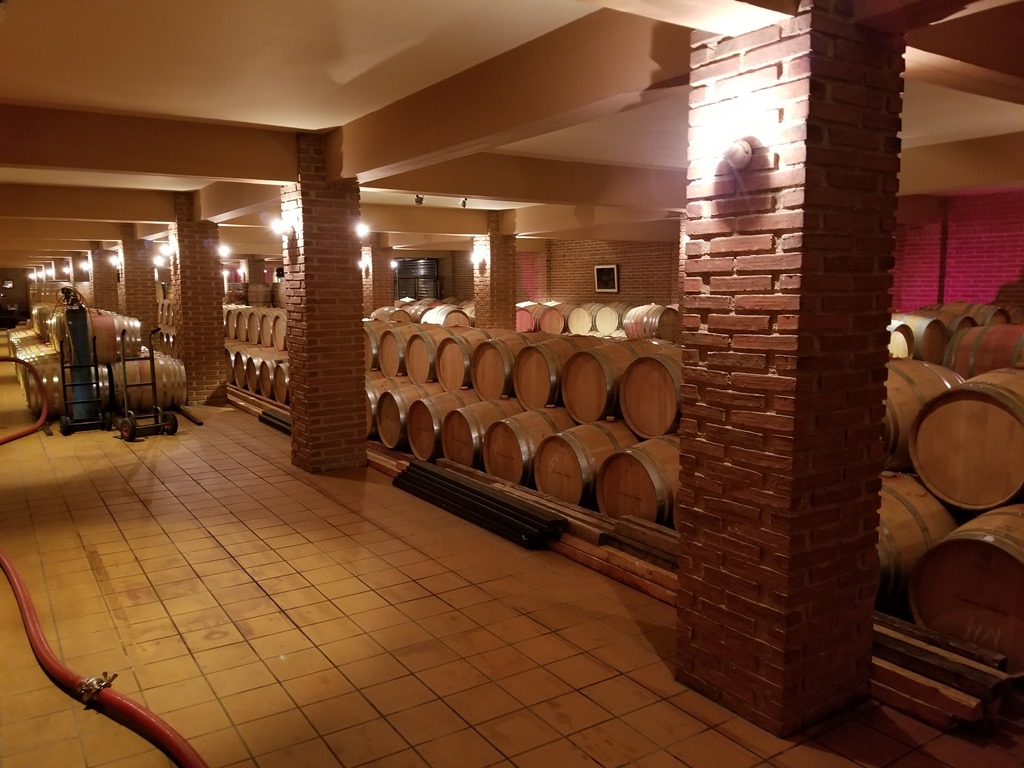 Since we were in Greece, we had to visit some of the country’s premier wineries on The Peloponnese Peninsula. Although we tasted wines from a number of wines from Peloponnese wineries at restaurants, we had actual tastings at three wineries:

Our vineyard tour began with a very useful history of the Greek wine industry, beginning in ancient times, when Greek wine was all but synonymous with life itself. This changed when the Romans began taking wine in payment of taxes. This prompted winemakers to slash production. The industry suffered even more under the Byzantines, who viewed the drinking of alcoholic beverages outside churches and monasteries as a sin. The situation wasn’t much better under the Ottomans, where drinking was prohibited, except, effectively, for the upper class. After that, pirates took their toll, often taking whatever wine they found before burning the vineyards and wineries. Then came the Greek revolution, the two World Wars and the Greek Civil War. Oh yes, and then the recent recession and Greek austerity program which made many Greeks unable to pay much for wine.

While grapes were replanted in the 1960s, most of the production was in the hands of a few large coops. Those individual producers who managed to stay in business, often refilled customer bottles from barrels. It effectively took until the 1980s and 1990s before individual producers began bottling wine, and a fair amount of this was retsina (wine with a dose of pine resin, which helped to protect wine from spoiling or to disquiet the taste of a wine that had already begun to turn).

To the extent that vintners were making serious wine, many of them, and their customers, focused on popular international varietals. This, however, is now changing, with more and more family wineries bottling their own wines, and with a growing focus on—and customer interesting in—indigenous Greek varietals.

Nemea is now one of the handful of regions to have its own, recognized appellation. But while the area is drawing a growing number of vintners, the only wines that can bear the Nemea appellation are those made with Agiorgitiko grapes.

Palivos was one of the first Nemea wineries to begin producing native varietals, especially agiorgitiko in Nemea, beginning in 1995. It is, in fact, now the second largest producer in the region with 40 acres and a total of 250,000 bottles per year, about half of which are exported. While they produce white, rose and red wines from a number of different grape varietals, agiorgitiko accounts for about three-quarters of its production. It ages most of its wine in stainless steel tanks, but does use a combination of French and American oak for some of its premium reds.

Our favorite, however, was a blend of Agiorgitiko, Cabernet Sauvignon and Syrah that was aged for 12 months in French oak—the 2014 Ploutos.

Skouras Winery is also in Nemea, but is older (having begun in 1986) and larger (about 800,000 bottles) than Palivos. It also grows its grapes at higher elevation (up to 3,000 foot elevation) and, since it is so much larger,it  can afford to experiment with more forms of aging (concrete eggs and large format oak barrels, as well as stainless steel tanks and small barrels). It even produces one premium red with a sherry-like solera system (combining wine from every vintage since 1999 in a large cask). While it produces wines from a number of different varietals from different regions of the country, it, like Palivos, is particularly focused on agiogitiko and it too sells about half its wine overseas. It is happy to see more and more of its Greek customers expressing preference for the country’s traditional indigenous grapes..

We tasted five of Skouras’ wines, beginning with two whites, followed by a rose and finishing with two reds. Of those, we enjoyed the: 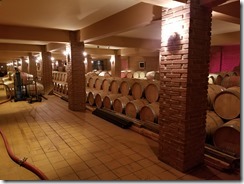 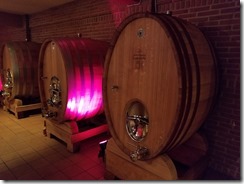 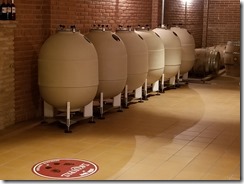 This winery is located well south of Nemea in Mantinia, a wine growing zone in Arcadia. Although a number of grapes are frown in this region, Moscofilero is the primary varietal.

Tselpos, which has been producing wines since 1996, moved into its modern, new facility in 2010. It currently produces about 400,000 bottle per year, primarily Moscofilero, but also other varietals including Agiorgitiko, Gewürztraminer, Cabernet Sauvignon and Merlot. Sparkling wines (based on Moscofilero) account for more than 10 percent of this total production. While most of its wines are aged in stainless steel tanks, it ages its chardonnays in large (5,000 liter), neutral oak barrels and most of its reds in normal 225-liter barrels that are up to three years old.

Our tasting consisted of six wines including two still wines, three reds and one sparkling. Of the wines, we particularly enjoyed: 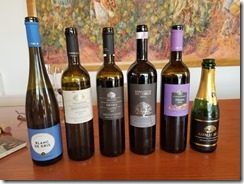