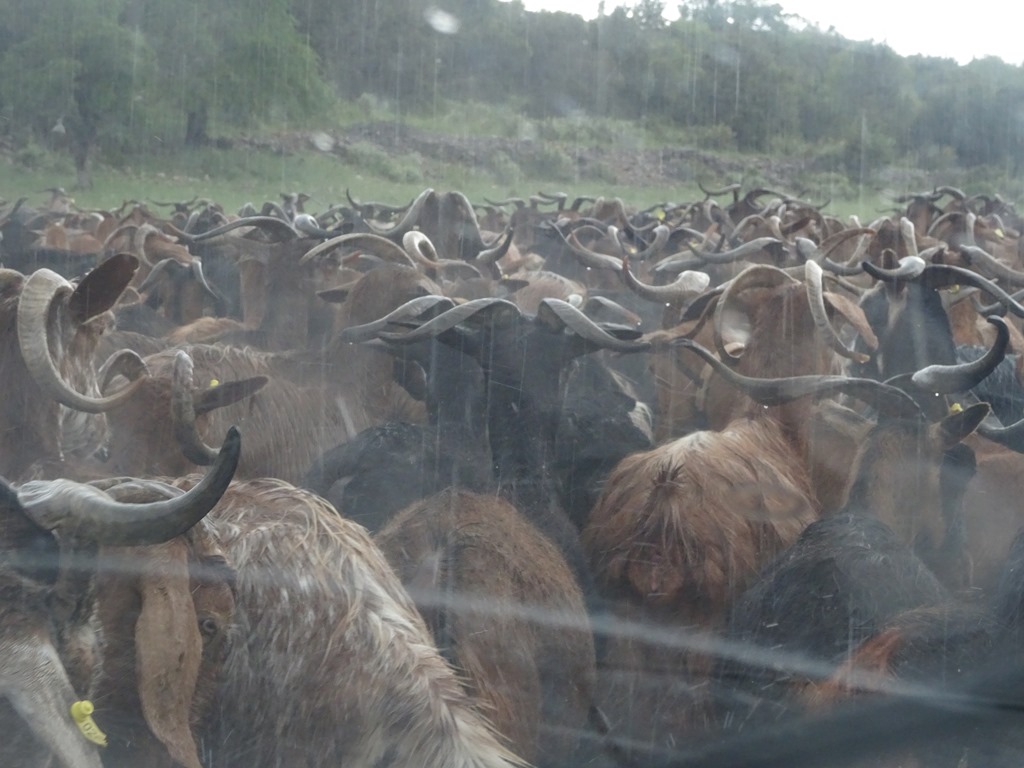 For something totally different, we then drove to one of the most scenic places in the Peloponnese’s mountainous, central highlands, Lousios Gorge. The gorge, about 3 miles long and almost 1,000 feet deep, is reached after a tortuous drive on one, or if you’re lucky, one-and-a-half lane mountain roads that have far more hairpin turns than straightaways. The drive, which is tough enough on its own, is even harder when you come upon a camper coming in the opposite direction or, run into a welcoming committee of a herd of goats that believe the road was built for their exclusive use. 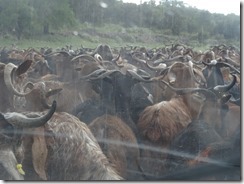 To make matters even more difficult, the towns and accommodations are on one side of the gorge, while the hiking trail and many of the historic sites (especially 17th century monasteries, the foundations of a 4th century B.C. temple and a medieval bridge) are on the other. This, combined with a pouring rain and a tight schedule, dramatically constrained what we were able to see and do on our visit to the Lousios Gorge. We were, however, able to get in a few walks and see some of the area’s oldest sites and some of its prettier views. These included: 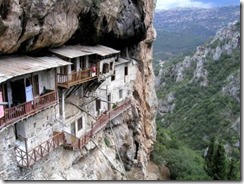 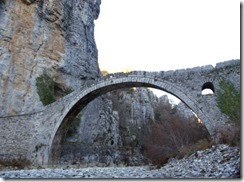 We also saw many wonderful views of the gorge, in weather ranging from rain, to fog and to clear, sunny skies. Lovely, despite the fact that limited communications (only via Google translate) and the inability to stop on the narrow winding roads to explore prevented us from finding views of the steepest, deepest part of the gorge.

We spent our one night in the area in the town of Stemnista, a mid-size mountain town with lovely views over parts of the gorge. The town’s primary attractions are its bell tower and the one restaurant that was open when we were there (although one or two more are supposed to be open in high season). 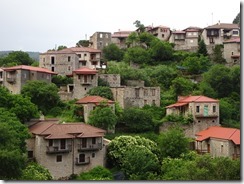 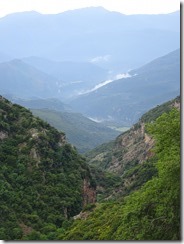 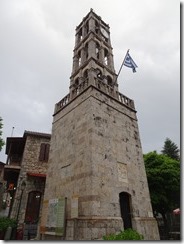 Restaurant options were, by necessity, limited to the one open restaurant in town:

Sarakiniokis Tavern, grilled chicken (very good, but not much meat) and lamb in lemon sauce (quite a bit of meat and pretty good taste), both with French fries plus drinks (a liter of white wine, plus two liquors, tsipouro and ouso). But for a total bill of 17 euros for two people, who could complain?

Guesthouse Stemnitsa. We didn’t have a lot of choices in this small beautiful town in the mountains, but choose to stay at the Guesthouse Stemnitsa based upon TripAdvisor reviews. This 3 star guesthouse is a little gem in the middle of the small town. Although the owner did not speak English, Google translate worked fine. When we arrived, we were offered a tasty homemade cake, coffee, tea, wine and alcohol. Our room was on the first floor and had a door to the outside patio. The bathroom had a large tub which we didn’t use. A refrigerator with cold water was in the room. Breakfast consisted of homemade goodies, including leftovers of the wonderful cake we had the night before. The bed was a little hard and the pillows were a little too big for our taste, but that is our taste. Very comfortable and priced well.