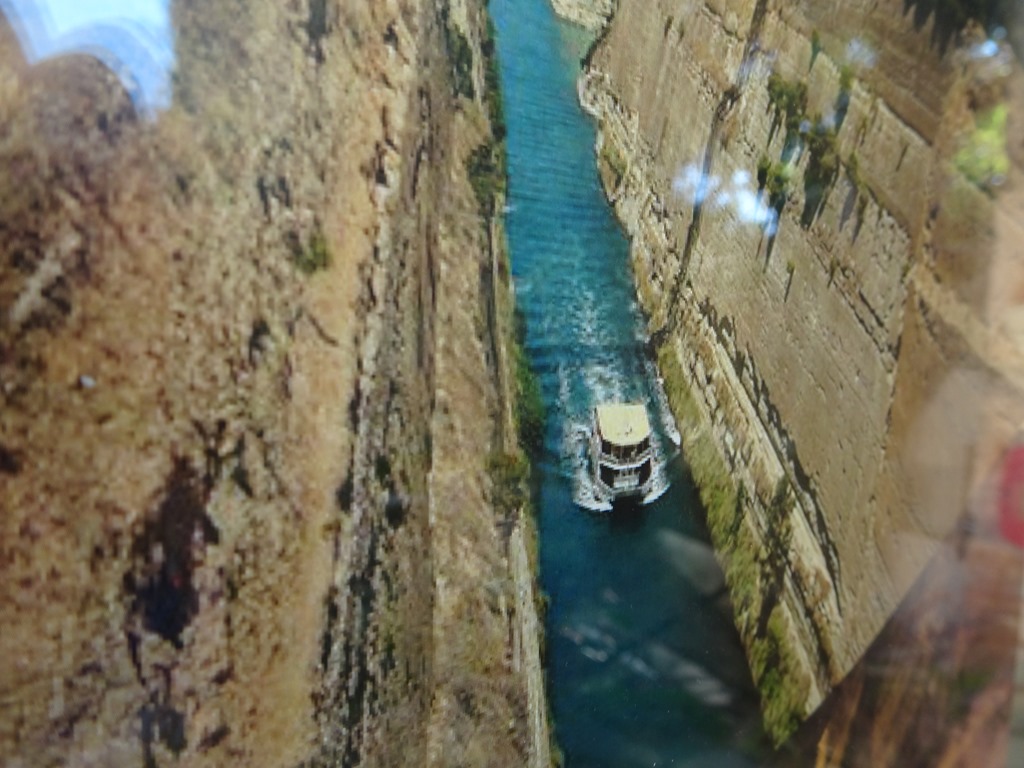 The Peloponnesian Peninsula is only an hour drive from Athens, but a world apart. Home to some of the most advanced civilizations and some of richest and most powerful city-states in the Mediterranean, it is rich in history. It is also rich in natural scenery and, not incidentally for our visit, the country’s largest winemaking region.

We entered the Peloponnese via the bridge over the Corinth Canal, a deep, four mile-long, 75 foot-wide cut through the isthmus. Although the large city-state of Ancient Corinth thrived in part by creating a road over which boats could be pulled by oxen and men across the isthmus (see below), a canal had been long envisioned. While it was, in fact, begun by Nero in Roman times, it was not completed until 1893. Although the canal is a huge improvement over dragging ships along roads, much has changed since the late 19th century.

While the channel can certainly accommodate small freighters, it is nowhere near large enough to accommodate today’s large container ships, much less supertankers. These ships must still take the long route around Peloponnese to travel between the Aegean and Mediterranean Seas. 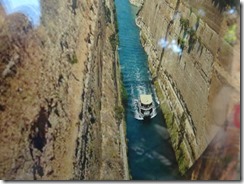 We began our exploration of this region in Ancient Corinth, one of Ancient Greece’s largest (up to 750,000 people) and richest city-states. As explained in the historical park’s museum, its wealth was due largely to its location. Being located on what was a narrow isthmus that separated two large seafaring trading regions, it was able to control both ports. It built a road that spanned the isthmus and cut grooves along which ships, loaded on wooden carts, could be portaged from one port to the other section. Shippers were happy to pay to use this road and accompanying services since it allowed their ships to cross between the Adriatic and eastern Mediterranean Seas without the long, expensive, and sometime perilous journey around the huge peninsula. Add to that Corinth’s rich agricultural land, a large limestone quarry that supplied not only all of its own building needs, but also those of many of its neighbors, and an innovative, entrepreneurial population and you get a region with all the ingredients for success.

While Corinth began as a number of small, separate communities, they were bound by a common language and devotion to the same gods. As the region’s fortunes grew, so did the population. This growth and a recognition of the advantages of cooperation, led to a convergence of the communities and created critical mass. In addition to facilitating voyages of other ships, it also became a shipping power in its own right. So much so that they founded, and controlled shipping through a number of settlements across the region including those of a number of Greek islands and as far away as Syracuse Sicily.

It developed a system of weights and measures to manage trade and its own currency. The region also developed a number of other skills, becoming highly regarded for its stonemasonry, its pottery, its bronzes and its artistic skills, producing offerings for the gods and figurines that were sold throughout the region.

Its prosperity led to the creation of one of the largest, most beautiful cities in the region, with the central city and aristocracy working and living within the city walls and farmers, craftspeople and shops located outside.

Many of the remnants of the city and the civilization are displayed in the museum and the surrounding archaeological site. The centerpieces of the collections—and the only items for which photographs are not allowed, are two large kouras and the tombs of the men that the kouras were created to honor. The exhibit includes a wide range of items used in, and created by the city-state, ranging from the pottery and bronzes that it made, the weapons and armor used by its soldiers and the cemetery monuments it carved: Even the beauty aides and jewelry used by the adults and toys with which the children played. 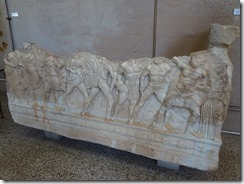 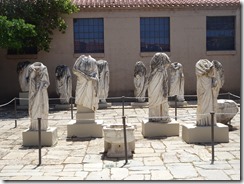 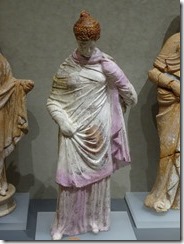 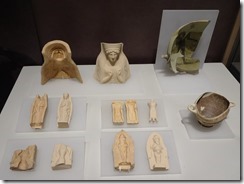 The Romans destroyed the city in 146 B.C., and rebuilt it around the turn of the millennium, creating an even larger, more prosperous city than before. Also, according to St. Paul, it was an extremely sinful city. One that, apparently suffered divine retribution in the form of a Byzantine era earthquake (be careful if you sin….)

Other museum’s galleries display products from the region’s Neolithic and Roman eras, pediment panels (including a number commemorating the labors of Hercules) from its temples and buildings ands sculptures that used to adorn the city and its temples. 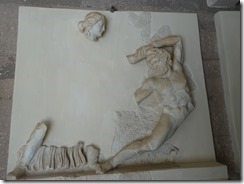 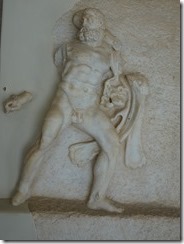 The archeological site, while mostly building and temple remnants scattered across the field, does contain the: 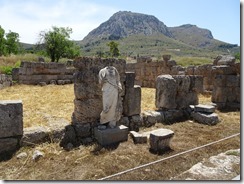 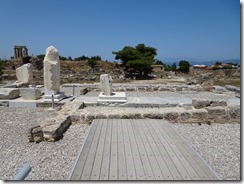 The highlights, however, are the: 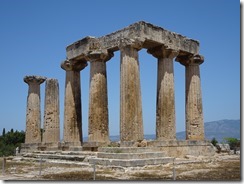 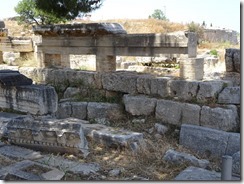 Aigli, in Ancient Corinth, where we had lunch on the scenic veranda. We began with saganaki and since all of the restaurants seemed to serve pork gyros, rather than the lamb and lamb/beef combos that we prefer, we had a pork gyros and a pork souvlaki, both of with which we were disappointed. Joyce had a white wine and Tom, a decent local, Esa beer.

Since the city of Corinth is a modern town with little historical appeal to us, we stayed and had dinner along the lovely beach outside the city, with dinner at:

Aidpio was only steps away from our hotel and didn’t require driving back into town. We were the only customers that evening and had the full attention of the chef/server.  Dinner consisted of a very good shrimp saganaki in tomato sauce with feta and a pretty good, although not particularly seasoned grilled whole dorado (gildhead seabream). While Joyce stuck with the house white (the wine list contained only house white and red), Tom ventured way out of the box with some 80 proof, Plomari Ouzo. A complementary finishing plate was a treat, a plate of sweet/sour, candied pergamonto (a fruit that grows all over that is something of a cross between an orange and a lemon). Candied, it provided a very nice way to end our meal.

We stay at ENALIO Suites, a 4 star resort in a beautiful setting outside of town, right on the sea. But there is a small Greek restaurant a few minutes walkable away. To be honest, nothing in town was a draw anyways. It had a pool (which was pretty but we didn’t use it) and a rocky beach if you wanted to go for a dip in the sea. We had a wifi issue in the first room. As they couldn’t fix it, they moved us (I think we were one of the few people staying there pre-season). The air conditioner blows directly onto the bed, which is not good. Other than that (and forgetting that we had to turn on the power for hot water 20 minutes before usage), everything was fine. Breakfast was homemade on the spot for us. Fresh fruit.