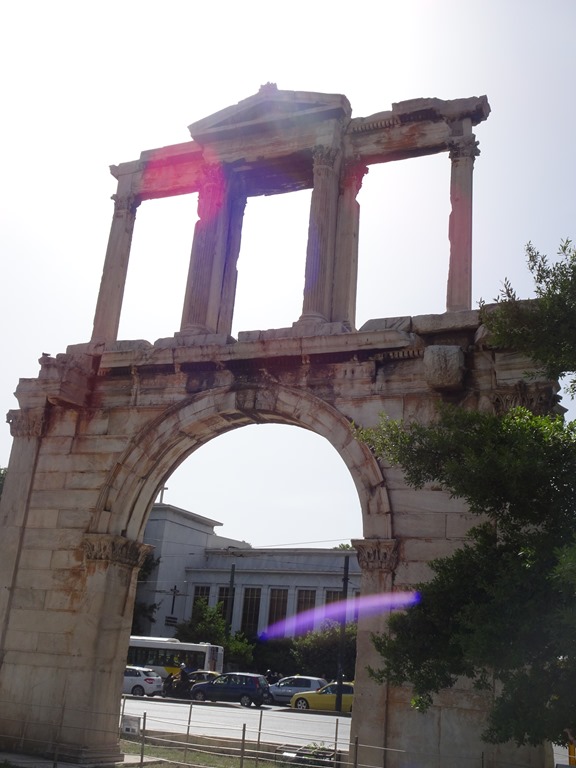 Although we got high level views of a number of the city’s other historical sights during our own walks, we also took an evening Free Tour to fill in the blanks. Many cities have these tours. They are free and you pay what you want based upon the guide. We lucked out with an extraordinary female guide Sam, who  provided a fact-filled enjoyable overview of some of the city’s smaller highlights for which exterior views suffice. We saw some of these with our own wanderings, but many of the sites were new to us. Plus, Sam gave us all of the known stories behind each item.

The arch was built in the honor of the Roman Emperor’s visit, to serve as an entry to the new Temple of Zeus he just commissioned and to provide visual linkage between the new temple and the Parthenon. The arch draws from both Roman and Greek architecture by using a Roman arch as a foundation for a Greek arch. 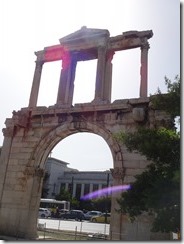 Temple of the Olympian Zeus

This temple, which was the largest in Greece, was begun in the 6th century BC, by a Greek ruler but not finished until the Roman Emperor Hadrian ordered and funded its completion. While the Corinthian-columned temple did have a giant gold and inlaid statue of the god, it also had one of Hadrian right next to it. 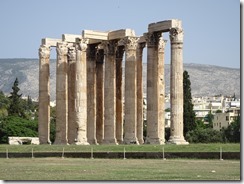 You never know when you dig a hole in Athens, if you will find history. When excavating for the metro, they found these Roman baths. It is a very large, 3rd-century structure that was one of the first to use Roman red terra cotta to heat water and deliver steam through the building. Unusually, this bath, for which patrons would pay, accommodated men and women in the same rooms, unlike the nearby free Greek baths which segregated the sexes. 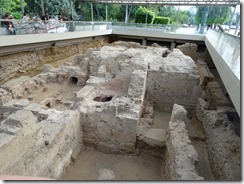 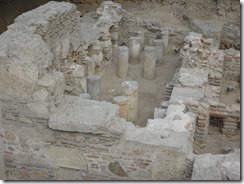 The National Garden began life as an Olympic Village. It was created by King Otto’s wife, who ordered ship captains to bring at least one plant from every country to which they sailed. The lovely garden, with ponds, a zoo, a botanical garden and segments of marble columns on which people can sit or play, has a lovely lane of Jacaranda trees that were in full, purple bloom when we visited. 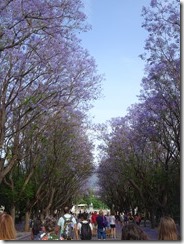 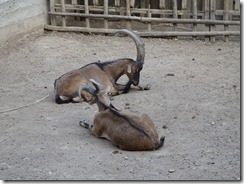 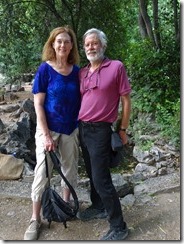 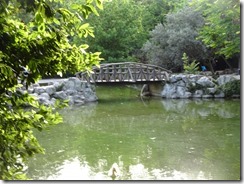 This stadium is a huge, horseshoe-shaped, white marble edifice,that was built on the same site as the stadium that housed the 1896 Olympics—the first one since the Romans banned them more than 1,000 years earlier. For a small admission price, you could go in and get your picture taken on the “winners” platforms. 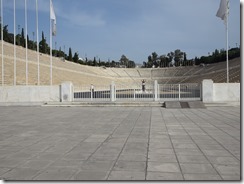 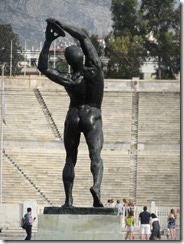 Our tour was timed for the changing of the Guard ceremony where we spoke with the inspector as he prepared his soldiers for the precisely executed ceremony in which each raises his horseshoe-clad clogs in the style of a galloping horse in very slow, almost suspended motion. All of this while dress in hot woolen clothing and socks in a very warm temperature. The guards are not allowed to show any expression and rely on their inspector to wipe the sweat from their faces and to fix any uniform imperfection. 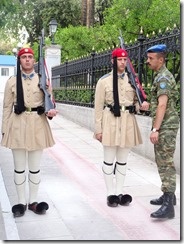 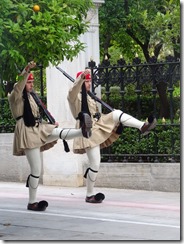 Also known as Constitution Square, this is the site of the Parliament Building, the home of the tomb of Greece’s Unknown Soldier and the place where demonstrations are centered. This is ground zero for the protests over the European Union’s requirements that Greece impose an austerity budget  (and about ongoing salary and benefit cuts, withdrawal limitations on bank accounts and limitations on amounts of money that can be taken out of the country). During our visit, protests were focused on claims that Tukey committed genocide against Greek citizens in 1921. 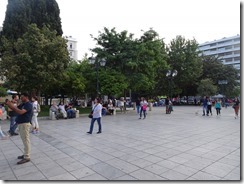 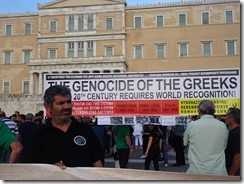 This is the city’s primary shopping street. 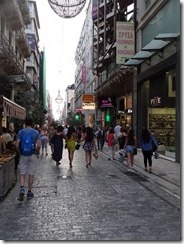 The church was built as the Temple of Hephaestus and Athena in 449 BC. It was converted into the church in the 7th century and is now the preferred church for celebrity weddings. 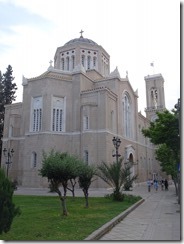 Every level of the steps is filled with tables from some of the city’s oldest restaurants, many of which are alive with a combination of locals, tourists and traditional Greek music. 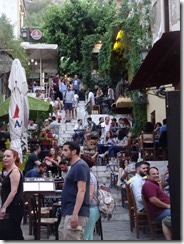 Tower of the Winds and the Roman Agora

Although we discussed these in a previous blog, they are nice to see again 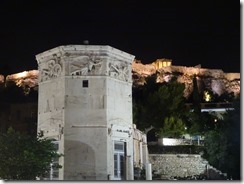 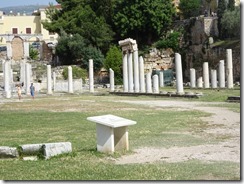 Miltropoli, the largest of Athen’s churches, was built in the mid-19th century of marble from dozens of smaller, demolished churches. It is used for official events, such as coronations and contains tombs of two saints murdered during the Ottoman occupation. 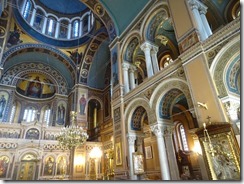 Another area which was on the tour, but which we discussed in more depth a activeboomeradventures.com/2018/07/09/athens-neighborhoods/ 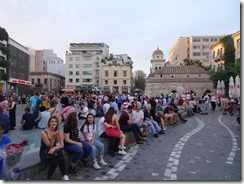 Whew. It was one of the better tours that we have taken and Sam was a great tour guide. After all of that walking, we rewarded ourselves with a well deserved drink in Monastiraki Square an enjoyed the distant  view of the Acropolis. 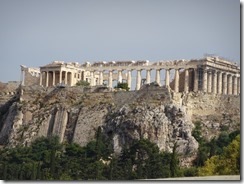