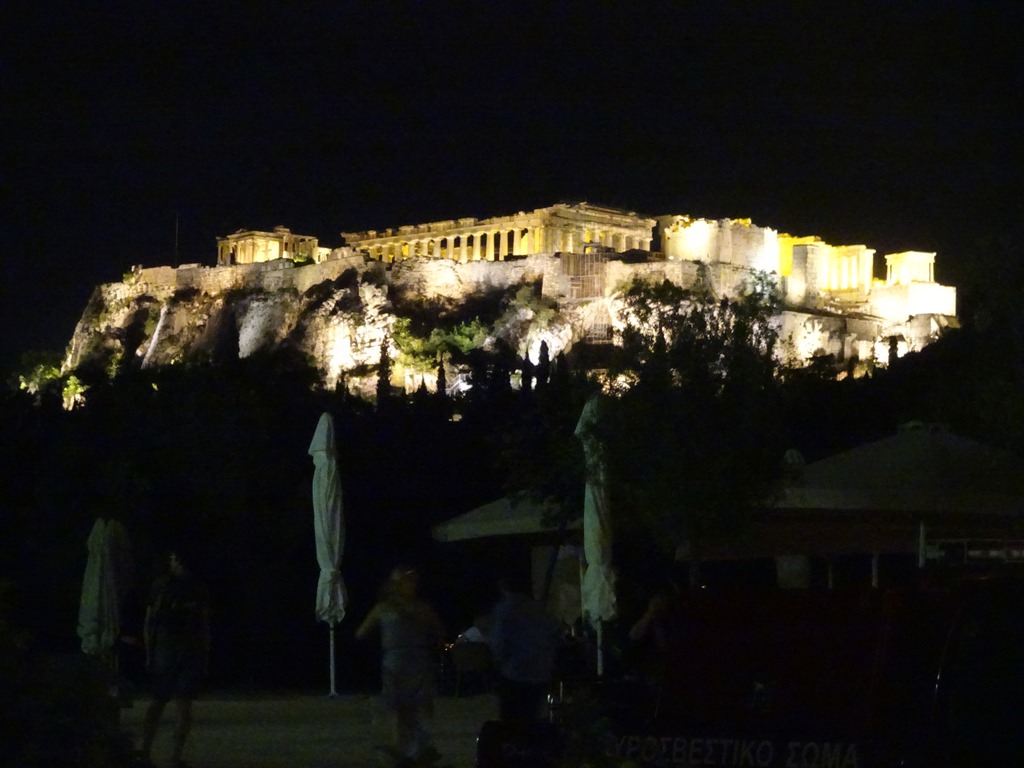 Athen’s history is not confined to its famous sights. Athens neighborhoods, at least those in which we spent much of our time, have their own historic monuments, in addition to their unique vibes, cultures and restaurants.

Plaka, in the center of the city, is the oldest and longest continually inhabited neighborhood in the city. Although most of its current buildings date to only to the city’s Ottoman period (from the mid-15th through the early 19th centuries), it does contain some historic structures that we discussed in our previous blog on Athens Archeological Sites including

The neighborhood also abuts and provides superb views of the Acropolis, which is stunning at any time, but particularly after dark, when it is lit. 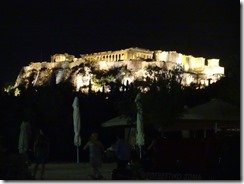 The Plaka, however, is about more than history. It is one of the most popular quarters of the city, with dozens of pedestrian-only (or at least pedestrian almost-only as motor bikes are everywhere and an occasional car is allowed in some places) streets and alleys. Many of the streets, alleys and plazas, such as Vironos and Mitpopolous Streets, Pittaki Alley and Monastirakrou Plaza are filled with people and lined with restaurants whose outside tables are often filled with people. True, the neighborhood does cater to tourists and has many touristy shops, but it is loaded with people, most of whom (including us) seem to be enjoying themselves. The Plaka Steps is one of the most popular and lively of these areas, where every level of the steps is filled with tables from some of the city’s oldest restaurants, many of which are alive with a combination of locals, tourists and traditional Greek music.

Monastiraki used to be the center of Ottoman Athens. Its Ottoman roots remain in the neighborhood’s remaining mosques (especially the Fethiye and Tzistarakis mosques) and its large bazaar, which consists of hundreds of small stalls and is also home of the city’s largest flea market. Plateia Monastiraklou, the neighborhood’s primary square, is centered around the Church of the (which used to be a monastery that gave the neighborhood its name). 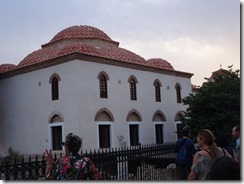 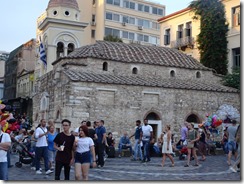 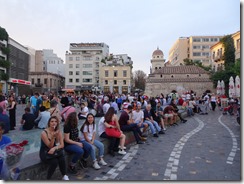 Surrounding the square are the entrance to the bazaar and flea market and hotels that are topped by rooftop bars that provide birds-eye perspectives on the daily, sunset-lighting of the Acropolis. These stops, including A for Athens, at which we stopped, perfect locations of a sundowner or two. 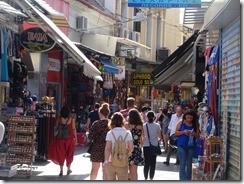 Hadrian’s Library, created by the Emperor in 132 A.D., which currently consists of one impressive wall (from a church built from the ruins) and acres of marble rubble, used to house a huge repository of ancient papyri and scrolls, multiple reading rooms and lecture halls; and 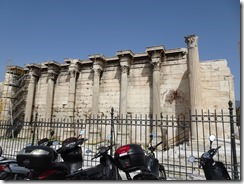 Roman Agora and Tower of the Winds, which are actually on the border of the Plaka and Monastiraki. 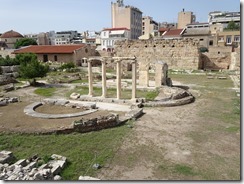 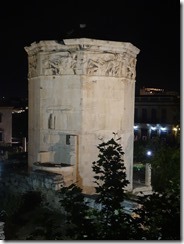 Just north of the square, Monastiraki transitions into another neighborhood, named Psyrri, a trendy, fun, gentrified area that is loaded with bars, restaurants and neighborhood tabernas. Music seems to pour out of most of their doors, as well as from the street musicians that stake out the area. While many Psyrri streets are interesting and have interesting bars and restaurants, Pittaki St. is unique. This one-block street has lamp shades and hanging from overhead wires and the over-the-top decoration of Little Kooks at the end of the street. Occupying buildings on all three corners of the deadend street, the premier building looks like a Disney Pirates of the Caribbean exhibit on steroids, with the inside even more flamboyant. The other two buildings are almost as interesting, with the outside bar of one decked out with floor lamps that look like they come from the 1930s. It may not be your style, but you at least have to see it. 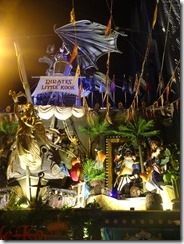 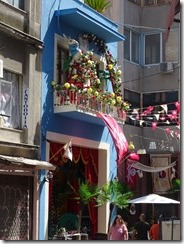 Located in the north of the city, near the National Archeological Museum, Exarchia has a number of what were formerly attractive Neo-Classical buildings. It, however, was largely taken over by students and, in the 1970s, became radicalized, with one even resulting in several left-wing students being killed by the then, right-wing Junta’s police force. Although the neighborhood does now appear to be at peace, most doors are gated and virtually every wall is filled with graffiti, tags and street art. This said, some of the street art is actually quite good, as are the few commissioned pieces of wall art. 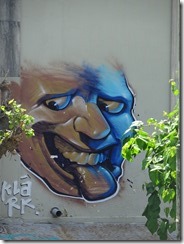 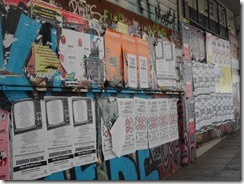 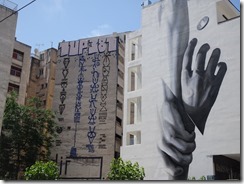 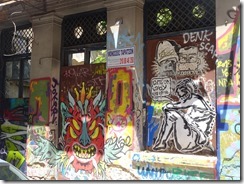 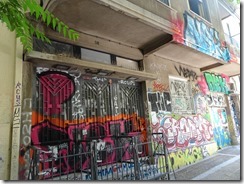 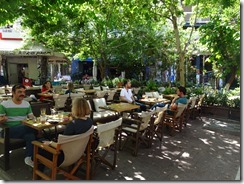 While the young age of the population is clearly suggested by all the posters promoting bands, concerts and cannabis fairs, other posters, such as those inviting residents to Communist party and Anfifa (Anti-Fascist) meetings suggest that the neighborhood is still home to many leftist activists.