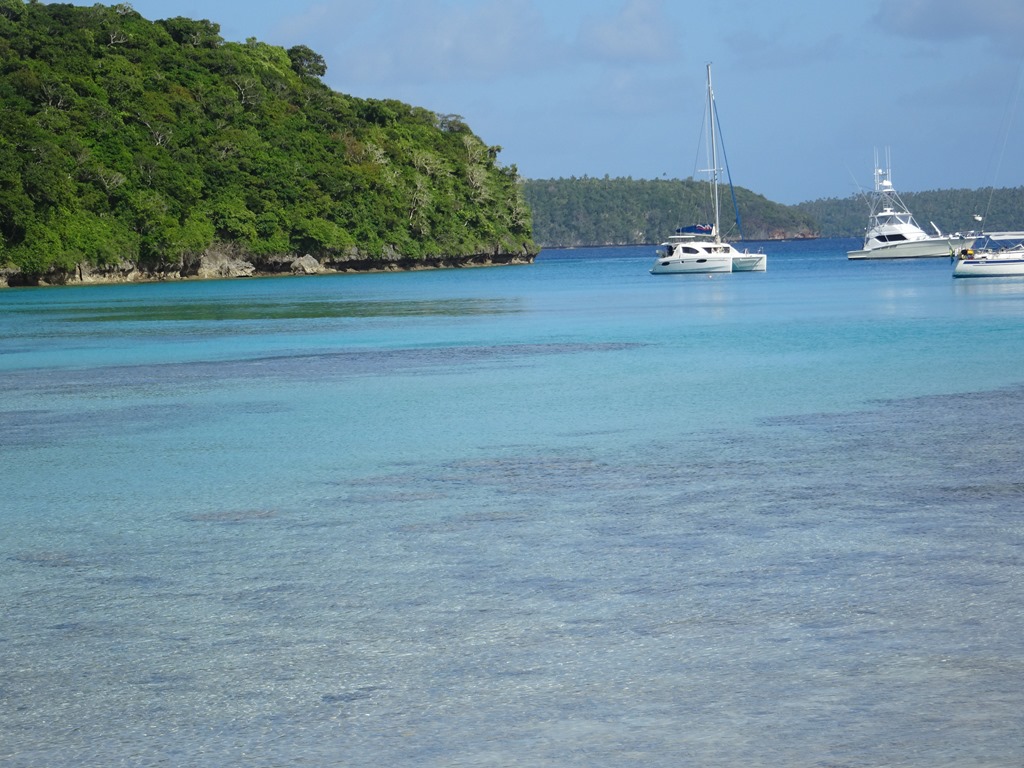 Our final day on Kappa Island was something of a deceleration and a bit of relief from our previous day on the rough open ocean. We walked down one side of the island to a beautiful, sandy cove for a bit of snorkeling in calm clear water. After selecting our spot along the palm-lined beach, with views of a number of moored sailboats just beyond, we waded in. While we saw more dead coral than coral that was alive, we did see some interesting shapes and colors and unlike in the Japanese Garden, when you approached the fish in this area, often within a few inches, they paid little heed. Pleasant enough for a short spin, but not much of a destination, except for the beach itself. Oh yes, bring insecticide as the mosquitos also like the beach. 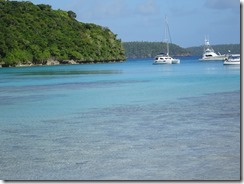 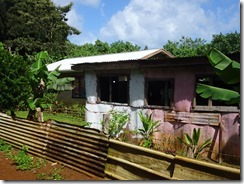 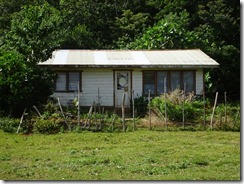 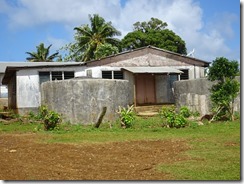 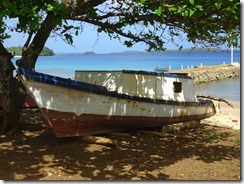 We did, however, take advantage of being halfway to Falevai, one of the island’s three small villages with a dock, a pretty beach, and a few generally ramshackle homes. Electricity, as at our resort, was limited to solar and to generators. While there were no stores, there was of course, a church—the largest, most modern looking building in the village. Then there are the pigs after which the island gets its nickname. Pigs that are owned by individual families, and are free to roam the island, foraging for food and ravaging every garden that is not surrounded by an electric fence. In Tom’s quest to memorialize the island namesake, he managed to disrupt a resting family. While the baby and mother decided to find a more quite spot, daddy pig refused to relinquish his shady porch, He stood his ground challenging Tom to fight for his territory. Since Tom had no intention to take his spot, or even to disturb the family’s slumber in the first place, he backed off in submission to the alpha male. 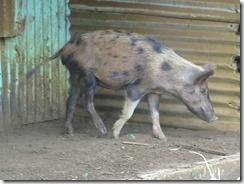 Swallow Cave i one of the island’s landmarks and destination for many bay sightseeing tours. We, however, took our own, more independent tour, taking a half-hour kayak paddle along the coast to the opposite tip of the island from Falevai. Although the coral cave’s opening is rather small, the cave itself is fairly good size, perhaps 100 feet long, 75 feet wide and 100 feet tall, with several smaller caverns along the back and sides. Once there, we put on our snorkel gear to explore the deep (more than 60 feet) pool. Although the floor and walls were bare lifeless, the crystal clear water contained a huge school of many hundred silver colored fish waving gracefully through the deep pool.

The snorkel outside the entrance was even more interesting. As you passed the rather shallow (a couple meters) threshold out of the cave, we saw dozens of sergeant majors, butterfish, parrotfish and others. Then, a few feet beyond, we reached a ledge that plunged straight down into the abyss, with no bottom, fish or signs of anything but clear blue water as far down as we could see.

Our one disappointment was that while we timed our entry to the time that the sun is supposed to shine down through the small (perhaps ten feet in diameter) hole in the cave’s roof, clouds blocked the sun’s rays for our entire visit.

By then, deciding not to even try to kayak against the wind and the current, the resort’s pre-arranged boat picked us up and towed our kayak back home. And of course, shortly after we left, the sun popped out from behind the clouds, undoubtedly shining its bright rays into the cave and illuminating its deep waters and its fishes. 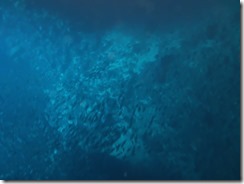 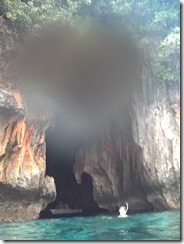 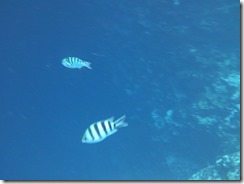 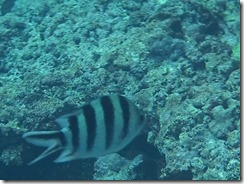