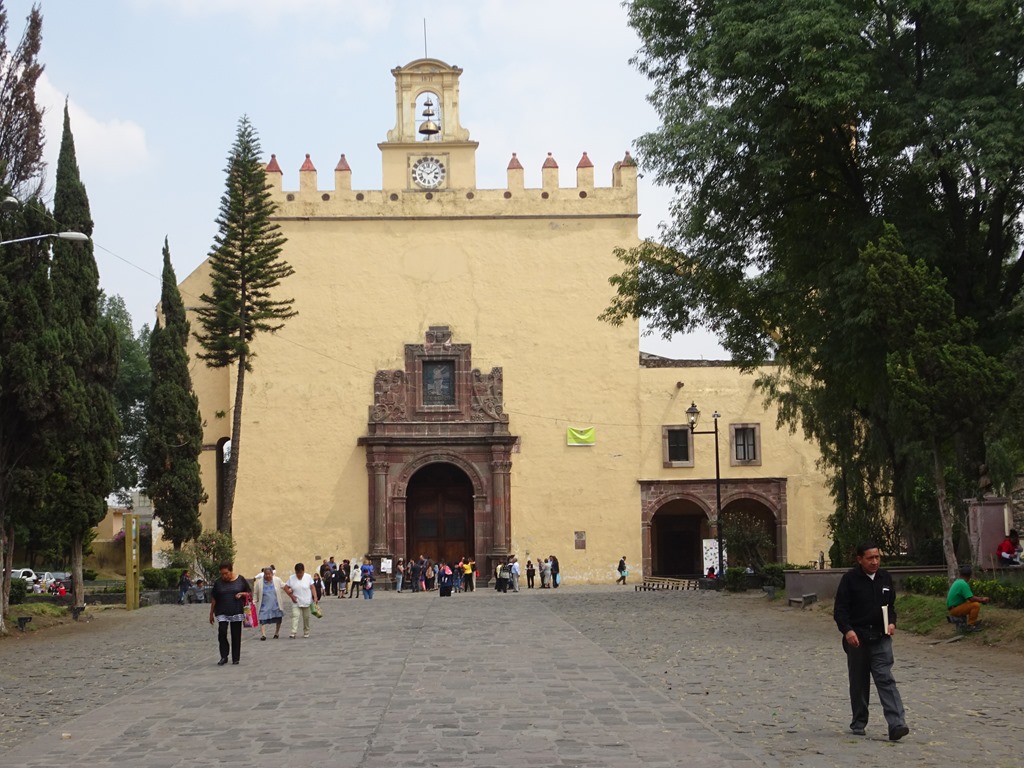 We spent some time taking short jaunts from Mexico City itself.

Xochimilco is the only area near Mexico City to retain a network of free-flowing canals. This, combined with its abundant greenery, hundreds of scenic “floating” flower nurseries (on plots of land created by soil piled atop extensive vegetation, and a fleet of colorfully-painted, pole-powered “trajinera” boats, has served to create a popular weekend outing spots for families. And as if the natural beauty isn’t enough to entertain visitors, the constant flow of trajineras helped create a subindustry of floating punt-based floating Mariachi bands and land-based musicians to entertain guests for tips and peddlers who pole next to, and sometimes hop aboard the trajineras to sell everything from beer, to snacks, to toys to rugs and jewelry. And to add a sense of reality to the scene, a number of more functional punts are also used for more practical purposes, such as ferrying residents and goods through the watery landscape.

Overall, the relaxing atmosphere, the scenery and the continual musical accompaniment—not to speak of the beers—made for a relaxing, albeit somewhat tedious—escape from the perpetually crowded city. The quaint town of Xoxhimilco, with its active market and pretty churches (especially the lovely, 16th-century Iglesia de San Bernardino monastery) 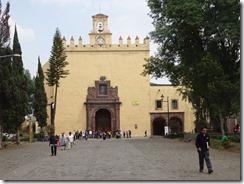 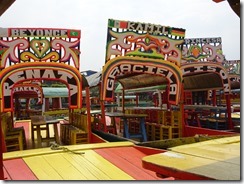 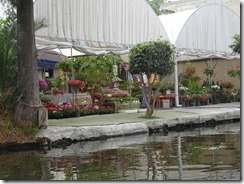 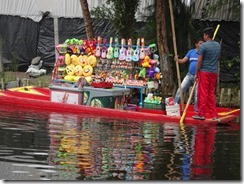 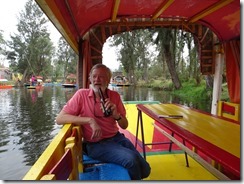 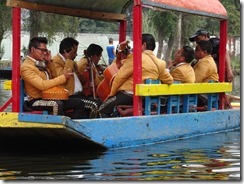 University of Mexico City Campus was designated a UN World Heritage Site in 2007. The first distinction of the university is its massive size: more than 325,000 students and a city campus that spans more than 2,000 acres—the second largest contiguous plot in the city, after the airport. It was first opened in 1955 after the university decided to consolidate small groups of buildings across the city into a single campus built on an ancient lava field. While its size (as subjectively judged by rides on the campus shuttle bus system) is indeed staggering, its World Heritage designation was based primarily on the way it integrated architecture and art into a single unified environment.

After finally finding the central campus (which has the greatest concentration of the most fascinating buildings) and wandering around on our own, we asked a student for guidance. As luck would have it, we asked a senior architecture student who just happened to give campus art and architecture tours. She graciously offered to give us a private tour of the central campus where she explained the history of the university and the origin, composition and symbolism of some of the building murals that were most instrumental in its gaining World Heritage designation. These murals, by world famous Mexican artists, include: 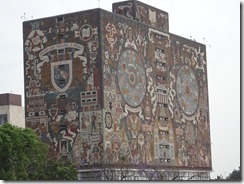 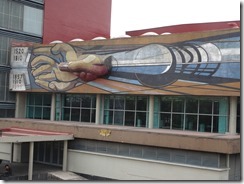 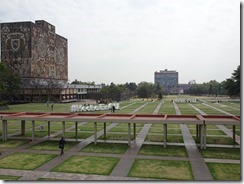 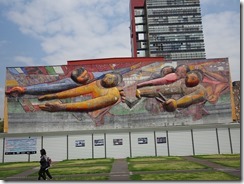 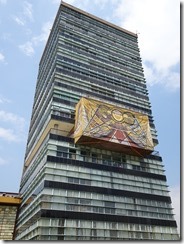 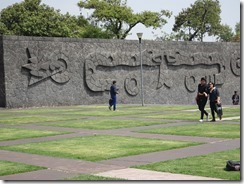 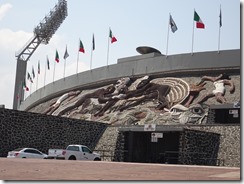 While we saw a number of public art pieces scattered throughout the campus, or plans to visit two of the university’s museums (of architecture and of contemporary art) and its primary sculpture garden were squelched due to their being closed on the only day we had available. Even so, the campus was well worth the visit.