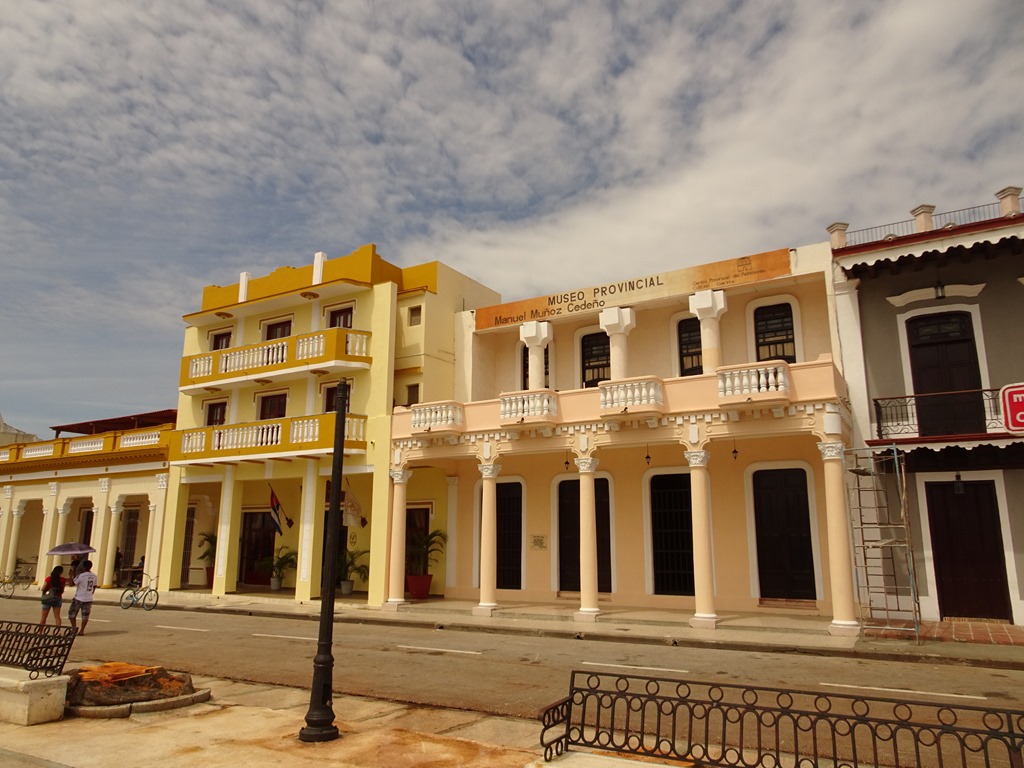 As we started heading east on the Cuban island, we entered the Sierra Maestro Mountains, the tallest of the country’s three major ranges. Its peaks of about 6,000 feet, are clearly visible to the south of the town. We, however, went directly into Bayamo, the second oldest village in the entire country. You would never know its age (504 years) by looking at it however. Why? Residents purposely burned the city to the ground in 1869 to prevent it from falling into the hands of the Spanish. It has since been known as the Birthplace of Cuban Nationality.

Historic sites are therefore limited. We briefly explored Cespedes Park, with its statues of both Cespedes and of Perucho Figuruedo, along with the hymn that he wrote that became the country’s national anthem. Although most of the surrounding buildings are rather non-distinct, a few, such as the Cultural Center, the Royalton Hotel and the Pedhito café are pretty. 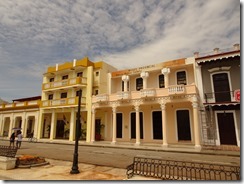 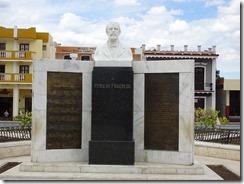 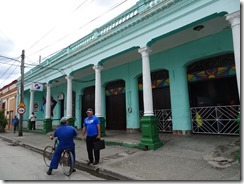 We also, somewhat regretfully (at least by Tom), attended a staged tourist presentation at the city’s Casa de la Troya (Home of traditional Cuban music). Although the seven-piece band (plus emcee and dancers) were good, we found it much less interesting and much less entertaining than the concerts staged for locals that we attended in Trinidad. 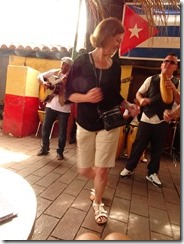 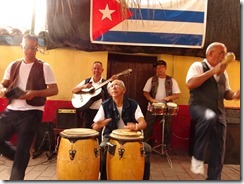 This being said, we did find that the city’s rum-spiked tropical fruit drink went down very easily. And maybe that was behind Joyce getting up to dance.  We also enjoyed the lunch at La Bodega, at which we began with a traditional vegetable plate (tomato, cucumber and shredded cabbage), went on to tasty beef brisket with rice and black beans and plantain chip and finished with rice pudding—all accompanied by a can of Cristal beer.