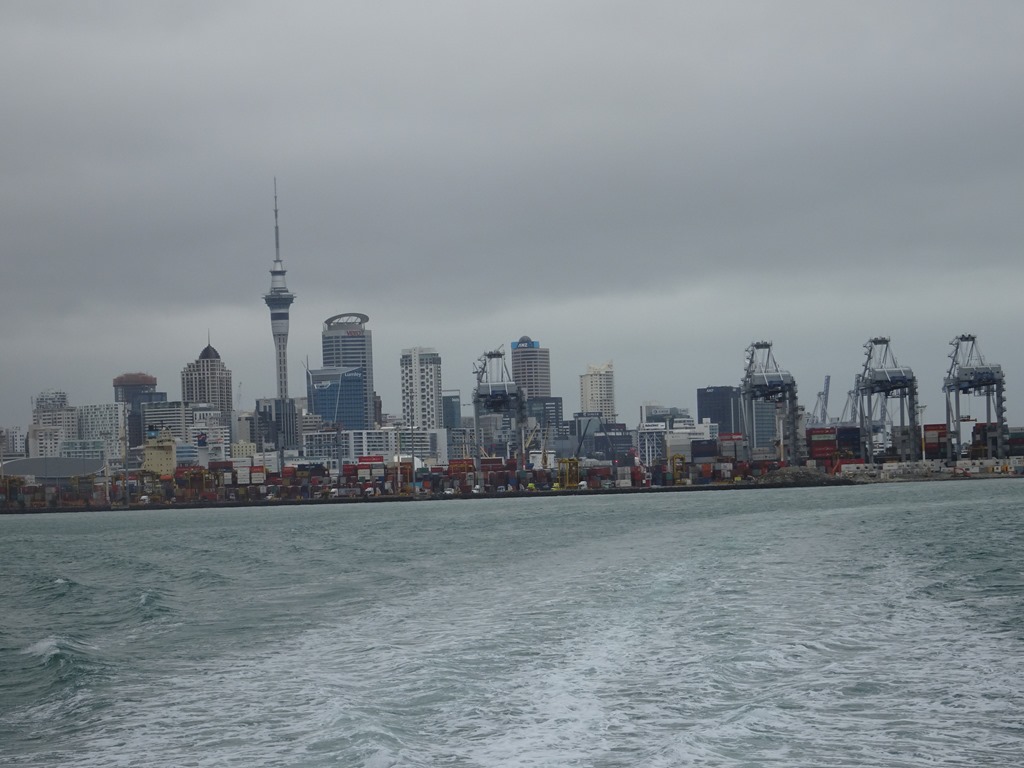 A 40-minute ferry ride from the Auckland Harbor is a beautiful island called Waiheke Island. We packed as much as we could into a Day trip. The ferry ride provided nice views of Auckland as well as providing evidence of the dozens of volcanos that created, and whose underlying faults still shake the region on each island that we passed. 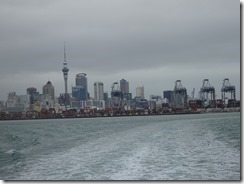 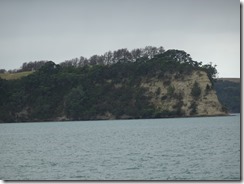 The island has a year-round population of 12,000 people, but generally triples in the summer season when people flock for vacations, a weekend getaway or even a day trip. It offers something for everyone: several beaches, miles walking and biking trails, sailing, golf courses, some very good restaurants and about 30 wineries, many of which produce much better wines than we had ever expected. The island is also the source of Te Matuku oysters, one of the region’s most popular bivalves. And this does not count the island’s olive oil (which we did not have a chance to taste), its many art galleries (which we did not have time to explore) nor its annual outdoor sculpture exhibition (which was to begin the week after we left).

We began our tour with a bargain (when bought in conjunction with a round-trip ferry ticket) sightseeing tour on the Island Explorer bus. The bus gave us a drive-through visit to the main town of Oneroa and its beach (the most popular on the island). We went through the center of the island and its trades center of Ostend, past the sailboats and marshes of Anzac Bay and out to the large, pretty Onetangi Beach. We then circled back, heading up hills to panoramic views of the island, its bays and some of its lovely vacation homes. And all the while, we took full advantage of the bus’ hop-on; hop-off feature to stop at four wineries, a restaurant and the home of the island’s famous oysters. 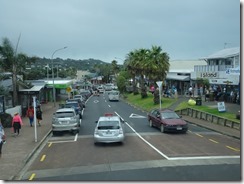 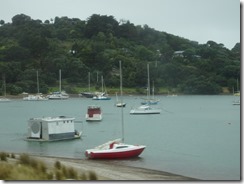 We had never even heard of Waiheke Island, much less its wines before we got to Auckland. And even after we heard of them, and not seeing any on the Auckland restaurant wine lists we perused, we didn’t expect much. Boy, were we surprised.

The island has thin, stony, clay soils with good drainage, high mineral content (especially iron and manganese) and a layer of volcanic ash that imparts taste and spice. Just as importantly, the island has a climate that is relatively similar to that of Bordeaux, the Rhone and Napa while its proximity to the ocean moderates the temperatures in a way that often produces longer growing seasons than these other regions.

Not surprising, the region specializes primarily in Bordeaux and Rhone varietals: Merlot and Syrah are its most widely planted varietals, followed by Cabernet Sauvignon, Chardonnay, Pinot Gris and other Bordeaux varietals. Three of the four wineries that we visited (out of the island’s 24 total wineries) do very good jobs with these grapes. Most of the reds that we tasted had deep colors, primarily reddish fruit, were smooth with light tannins and most of the syrahs (the primary grape grown on the island) had subtle, subdued spices. Most can be enjoyed today, but, depending on varietal and winemaking style.

The wines we most enjoyed at the wineries we visited were: 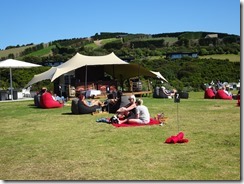 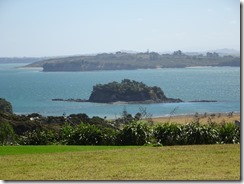 Of those wines we most enjoyed, the most common characteristics were deep colors, concentrated flavors, soft tannins, smooth finishes and elegance. And one other thing: Many are relatively expensive. Price tags of $70 to $100 are common and a few, like Mudbrick Velvet ($140) and Te Motu ($195) are well over $100.

Why have we never heard of these wines, and why are they even so hard to find on Auckland wine lists? Primarily because the wineries are very small, with even the larger ones producing only a few thousand cases per year. Moreover, the island, and the wineries draw thousands of thirsty visitors per year (including many Auckland residents who join their wine clubs), many have restaurants that serve their wines and some of the larger ones have big event venues, in which they host weddings and other wine-drinking affairs.

Our short, day-trip visit gave us a chance to sample only one of the island’s restaurants and oysters at the center-island’s primary fish market.