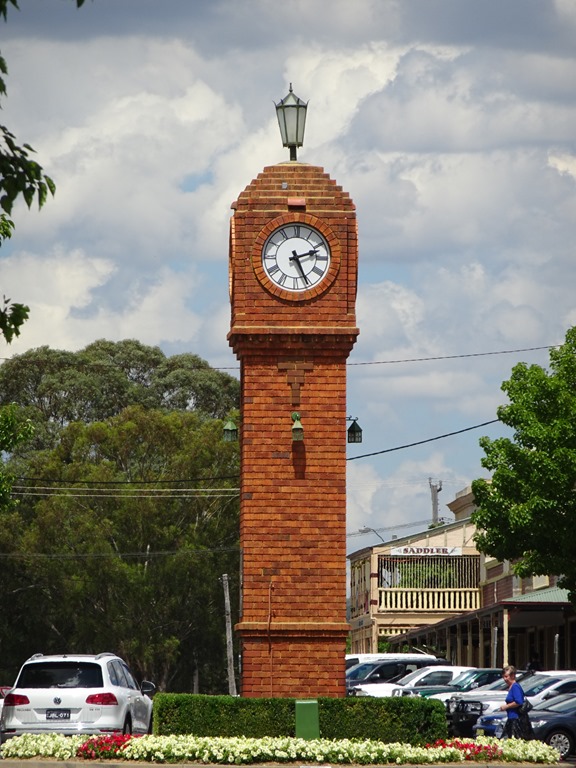 So far, we have visited multiple Australian wine regions so far in multiple states

As we made our way into New South Wales Australia, of course we needed to check out the wine regions there. Our first wine region was around the town of Mudgee, an area that has been producing wines from the mid-19th century. Mudgee, which is oriented around the Clock Tower, is a mixture of old and new. The old consists of buildings from the 1860s (such as the Post Office and the Anglican Church), the 1870s (like Saint Mary’s Catholic Church) and the 1880s (including the Town Hall and the 70 Market Street building). While newer buildings are scattered through the downtown area, the most architecturally noteworthy is the 1935-era Art Deco Regent Theater. 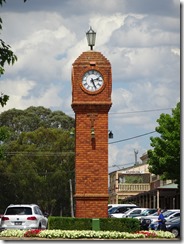 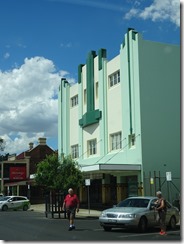 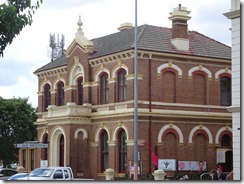 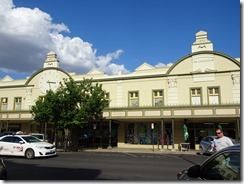 Although the town, in which we ate lunch (see below) is charming, our primary focus was on the wine country. Since we had time for only two wineries, we visited what, at least from our sources, were two of the most highly regarded, where we left our tastings in the capable hands of the Cellar Door managers: 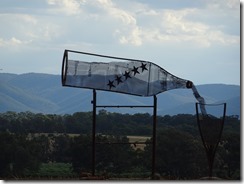 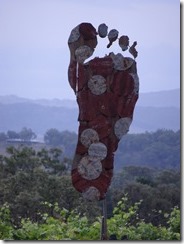 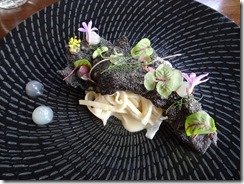 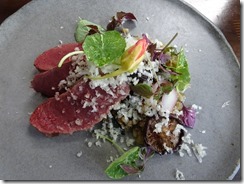 We stayed the night in this small gold rush town. Currently with about 10 percent of the 20,000 people that packed the town in the 1870s remaining, historic Mayne Street still retains some of its original buildings such as the still popular Prince of Wales Hotel, the Prince of Wales Opera House (still in use as a theater), the American Tobacco Warehouse (now part of a museum portraying the town’s gold rush history) and the iron-lace balconied Commercial Hotel.

We overnighted at the Prince of Wales.  This is basically a motel with a bar/restaurant. We were a little nervous when we saw the check in are, but were pleasantly surprised at the room. It was quite comfortable. Beds are firm, linens are fairly good (and are especially good for the price). The room has a queen bed and a single bed. Since the beds are against the wall, it would be uncomfortable for 2 people to be in the queen bed as you would have to climb over someone to get out of bed. The kitchen “bar” has a microwave, hot pot and coffee/tea etc. The wifi was not working in the room (which seemed to be a pattern in a lot of the places we stayed at) but  got a good night’s sleep.