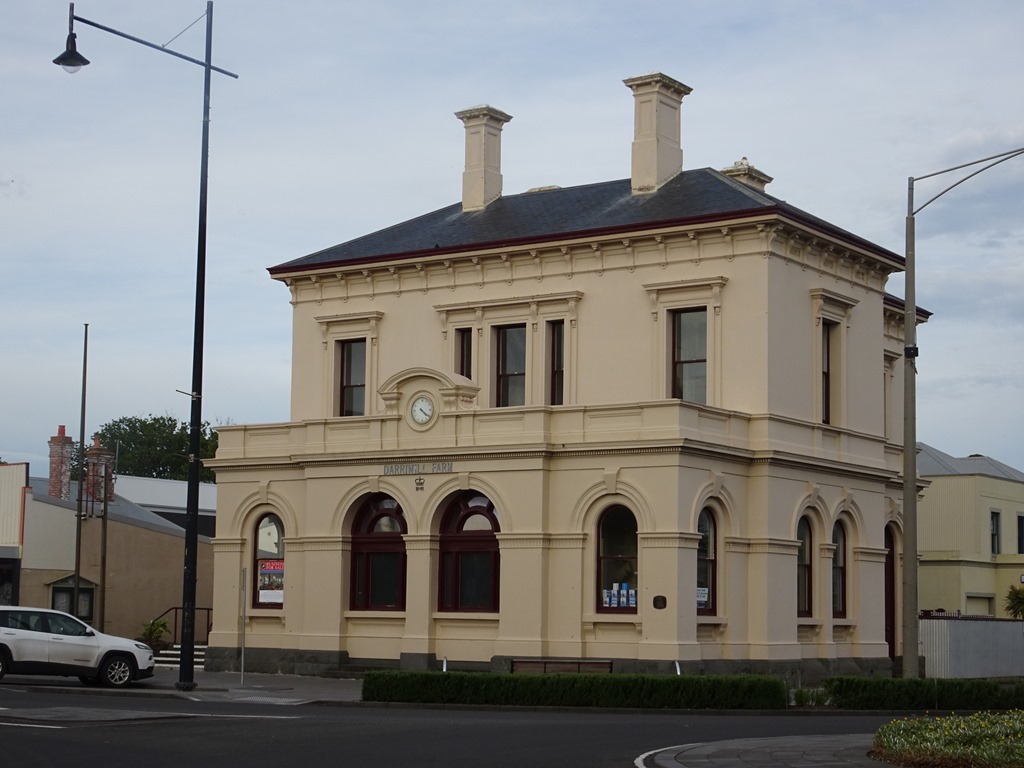 We were ready to go to our next Australian state: Victoria. To get there, we drove south from Adelaide for two hours and hit the coast of the Tasman Sea at the lovely seaside town of Portland. Beaches to the west of the city turned to cliffs overlooking the sea in the town, then to a threatening shoreline that was secured (at least until the next major storm) with big rocks that were lined, at least in the spring, with Wall-to-wall wildflowers of white, yellow, red and purple.

Then onto our evening stop at the lovely harbor-side town of Port Fairy Austalia.

Port Fairy was was created as a whaling station in the 1830s. It retains much of its historic character with many “downtown” area buildings dating from the mid-19th century. Its scenic harbor still housing a few fishing vessels, but is now devoted largely to pleasure craft and lined with obviously expensive new, primarily modern homes. We strolled the two primary business streets (Bank and Sackville Streets), the huge conifers lined-streets. 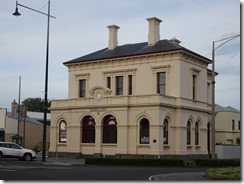 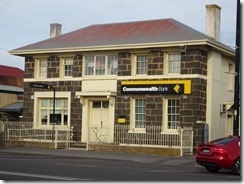 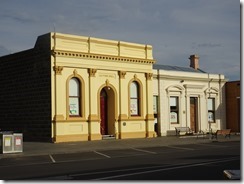 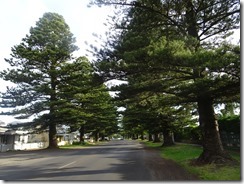 Then we hit the small harbor with many boats and homes lining the waterway. 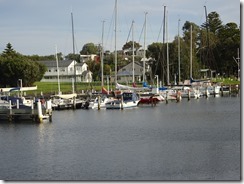 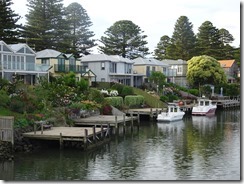 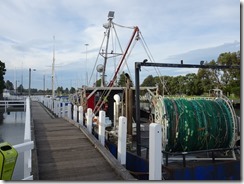 We then crossed the channel to Griffiths Island, the site of the area’s original (and still operating) lighthouse and now a nature reserve. The lighthouse can be accessed only via a roughly 3 km trail that circumnavigates the lovely island and its resident bird nesting sites and a small population of wild kangeroos (of which we saw one) and wallabies (of which we saw none). 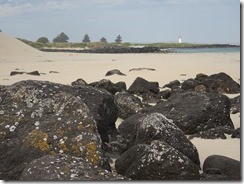 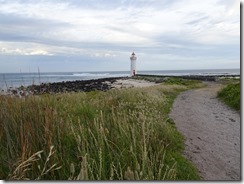 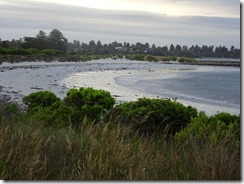 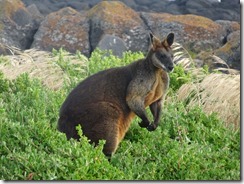 Port Fairy is a lovely little town. But beware. Not much happens after 7 PM there. And, the day we were there, restaurants were not open (which seemed to be a theme at some of the smaller towns we visited).

Our one Port Fairy meal consisted of dinner at the historic:

Merrijig Kitchen, where we had three dishes and a bottle of wine. After an amuse of asparagus and fennel tea, we had chargrilled quail with smoky bacon and mushrooms on a bed of mashed potatoes. Then to a house-made pasta dish of pappardelle with a mixture of spring greens and prawns; and a fish dish of pan-fried trevally (a mild, firm, flaky white fish) with potato, herbs, sheet and sour heirloom carrot salad and herb mayo sauce. While the pasta and fish dishes were OK, the quail was the standout. Meanwhile, the 2015 pinot noir from Hachkirch Vineyard (from the neighboring Tarrington wine region) worked well on its own and with each of the three dishes.

We stayed at the Comfort Inn Port Fairy and Seacombe House. The room was dark, but quiet and very comfortable. The night we stayed the place was full and parking was very tight. However, street parking was also available. Wifi was decent. Probably one of the better places to stay in this quiet little town.