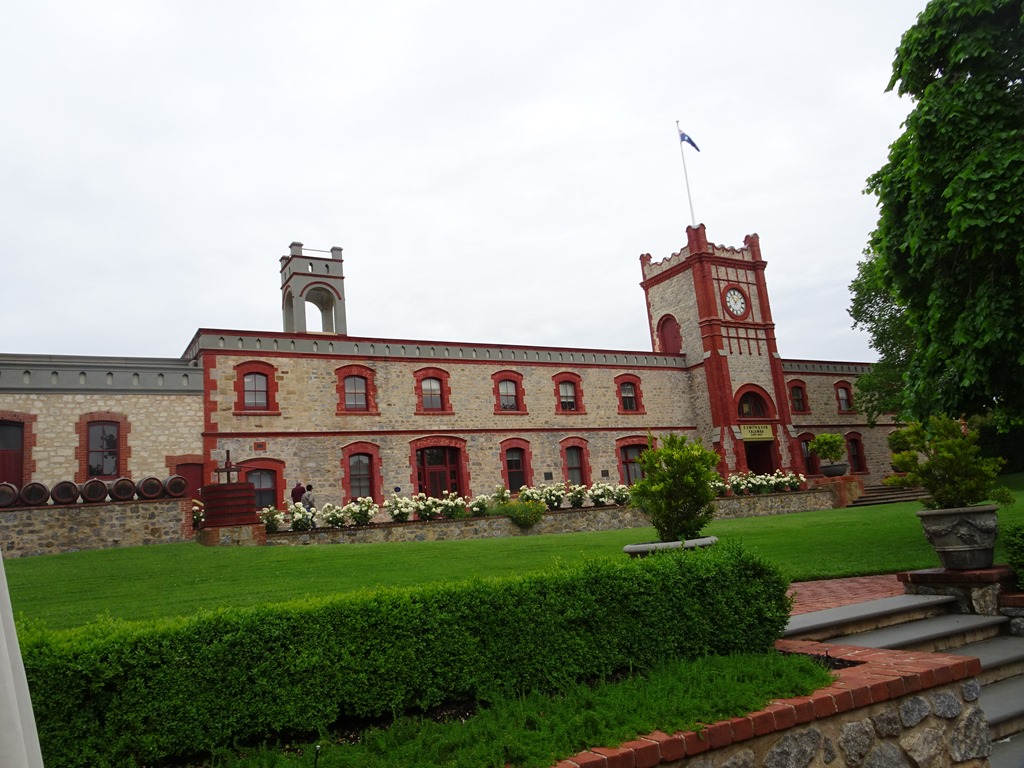 We went to Adelaide Australia to see the city. But we also went there as a jumping off point for wine regions. After all, te Adelaide area is like Australia’s Northern California…home to many of the country’s best winegrowing regions and wineries. In exploring wine regions the world over, we can recall few that are a beautiful as those of South Australia. Long vistas of rolling hills: much of it forest, interspersed with open grazing land or varied agricultural crops. Narrow roadways, meanwhile, were often lined with trees, often forming lovely canopies over the roadways. And another surprise: how little of the  land was actually dedicated to grapes: as little as five percent in some regions. The entire scene reminded us of Tuscany—minus the ancient hill towns.

In addition to the beauty, we were there to sample wines in as many of these areas as we could in the too few days that we had allocated to them. Although we were not able to actually visit some of these (such as Clare Valley and Eden Valley), we did, through dinners and winery Cellar Door stops, taste a number of these wines. Our primary visits were in the Barossa Valley, Adelaide Hills, McLaren Vale and Coonawara. Each region has its own character and specialties and its own blog post. This post is about Barossa Valley

Barossa Valley is one of Australia’s premier wine regions and is northeast of Adelaide. Although its wineries are especially known for Shiraz,  many wineries also do very good jobs with Cabernet, Merlot and a couple white varietals. As we had only one day in the valley, we couldn’t possibly visit that more than 100 wineries in the valley. We gratefully accepted the offer of Negociants International, a premium wine exporter, to schedule our full day of tastings

Yalumba Winery was founded in 1849 by a British brew master who struck it rich in the Australian goldfields and used the proceeds to start the winery. The winery has some of wonderful historic buildings, its own cooperage (to avoid the one-year lead time to get custom barrels from third parties) and amazing reserve rooms that hold not only Yalumba wines, but special wines from throughout the valley and Europe. The greatest treat, however, was sampling eight of the wineries’ finest wines. Among our favorites were: 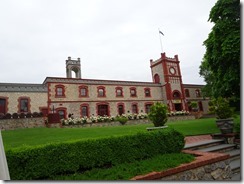 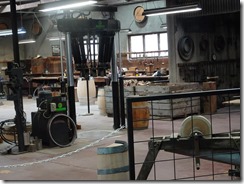 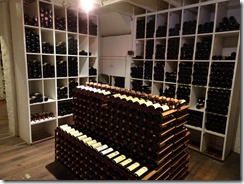 We took a brief tour of the historic buildings  and especially the “Freedom” vineyard, the oldest surviving Shiraz vines in the valley (from 1843). Though the tour, we learned the history of wine growing in the area, including the 1980s, when so much low-priced fruit was being produced that neither growers or winemakers could make money; and how the government responded by paying growers to pull vines and to not plant new ones for seven years (which restricted production for a total of about 17 years as it takes grapes time to produce good wine) and how growers ended up replanting lower quantities of higher quality grapes on the best land. 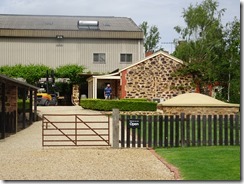 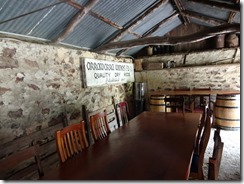 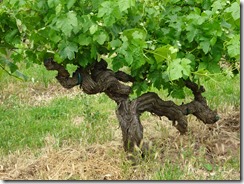 We then visited the reserve tasting room in the former water tank for some very enjoyable wines:

We tasted a number of nice wines at Torbeck:

We have enjoyed Henschke’s wines in the past but were very disappointed in our tasting at the winery.  Although we sampled 11 different wines, we only found two to be moderately interesting:

This stop was all the more disappointing since Henschke produces one of the most renowned shiraz in the entire valley: “Hill of Grace”.

Between tastings, we took brief opportunities to at least catch glimpses of some of the valley’s charming German-influenced towns with their pretty churches, homes and bluestone commercial buildings. These towns include Gawler, Angaston and especially the town of Tanunda, where we spent the night and had dinner.

Negociants had also given us some great restaurant suggestions. These ended up being two lovely meals to complement a very nice day of tasting. 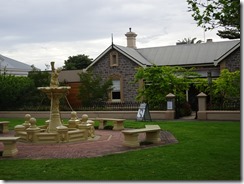 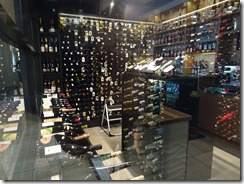 We stayed at a small B&B called  Barossa House in Tanunda. The location was perfect for exploring the Barossa wine region. New owners (Sophia and her husband and little boy) had recently purchased the property and were restoring and expanding the house. Sophia immediately takes over and makes you feel like one of the family,. She is very gracious and introduces everyone to each other. We had the deluxe room upstairs which included a small sitting area outside of the bedroom where one could watch TV and Netflix. The king bed felt a little used, but was still OK. Nice shower. Bathroom had a heat lamp to warm you us. Our balcony overlooked the property and had 2 sets of doors t let in the cool breeze. But we also had a/c if we wanted. Full breakfast was included. You started with cereal, fruit and toast. Our hot breakfast that day was eggs benedict. Overall, very enjoyable and a great place to stay.