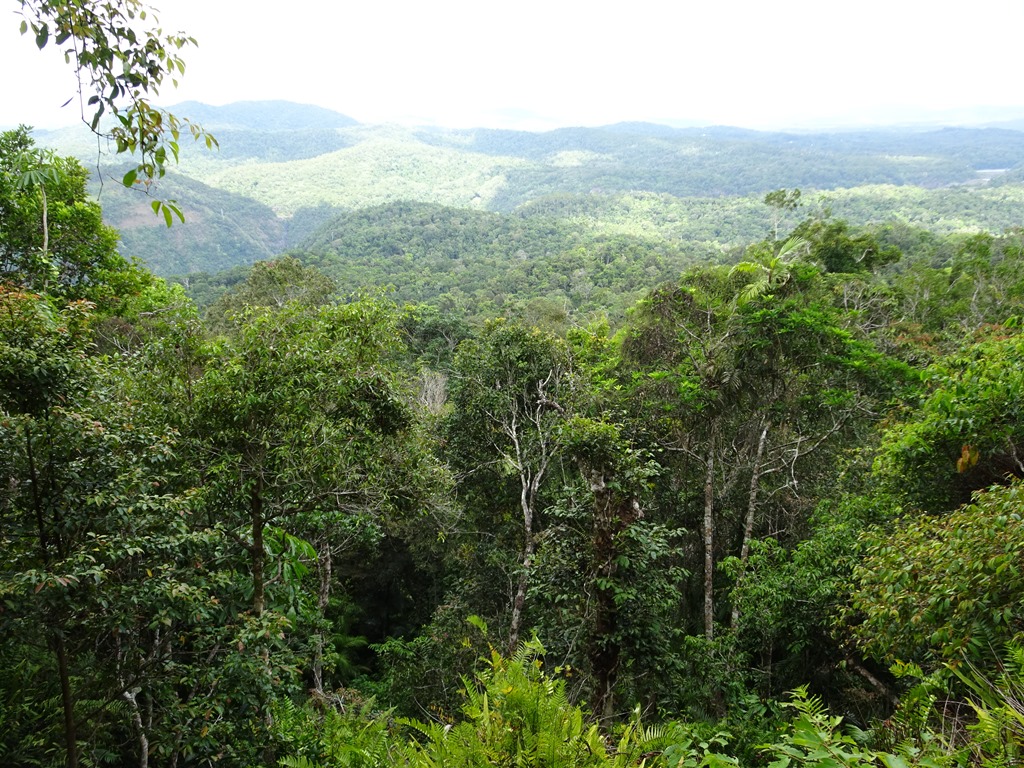 Although tropical rainforests account for only six percent of the planet’s surface area, they are home to more than half of all the world’s plant and animal species (including more than 2,800 plant species in this forest alone). While in Australia, we took a 20-minute ride from Cairns to the  Skyrail Rainforest Cableway where we rode in a glass-floored “Diamond” gondola to Kuranda. From our high perch above the trees, we had a bird-eye view of the lush rainforest. The gondola made a stop at Red Peak, where we took a roughly 1 km interpretive boardwalk through the forest. Although we did not see or hear a single animal (other than insects), we saw some beautiful sights, such as eucalyptus, giant, 170-foot Kauri Pines, the vine-wrapped trees and the huge basket, elkhorn and staghorn ferns and other epiphytes that made their homes in the trees were fabulous. 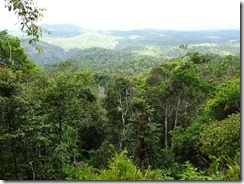 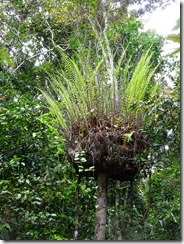 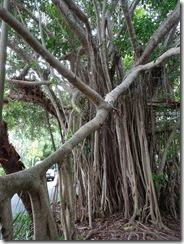 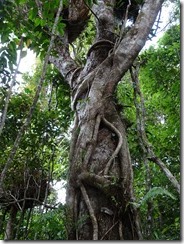 The Skyrail system (the total proceeds from which go to ecological research), was built in an extraordinarily environmentally-friendly way. To avoid harming the environment, trees were removed by helicopter and all were successfully replanted in new locations.

Our return journey was via the historic Kuranda Railway, a diesel-powered train with restored, 100-year-old cars. The trip went through 37 miles that climbed and dipped 327 meters, went through 15 hand-dug tunnels, and crossed 55 bridges, through the rugged, mountainous rainforest. The railway, which was considered an engineering marvel, was built by more than 1,500 men at a time, over 5 years at a cost of more than $1 million and more than 60 lives (via a combination of accidents, disease and snake bites). The train passes dozens of sights, such as the huge scar that remains from efforts to stabilize a crumbing cliff-face over which the train would run, the narrow, but imposing 300+ meter Bridals Veil Falls and the highlight of the trip, a ten-minute stop at the imposing Barron Gorge (for which the National Park is named) and the impressive 360-meter Barron Falls. 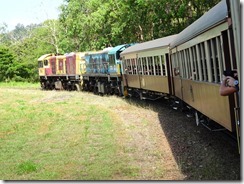 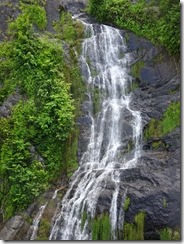 While the line now runs through a through a pristine national park, the land prompted the creation of small frontier towns in the early 20th-century, with the stops along the line being once served by more than 24 hotels. It saw renewed activity during WWII, when in was used to transport troops and material for use in the Pacific War. The building of the line was also largely responsible for converting Cairns from a small backwater to the capital of northeastern Australia.